Why is the arithmetic mean > median on a histogram skewed to the right?

I am fairly new to statistics. Currently I am into (histograms) medians, arithmetic mean and all the general basics. And I came across the fact/rule that the arithmetic mean is (always) larger than the median if the distribution is skewed to the right.

Why is that?
(I would appreciate a rather simple or easily understandable answer).

A histogram represents probability by area: 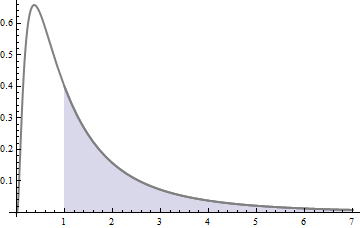 In this figure, the white region (to the left of $x=1$) comprises half the area. The blue region comprises the other half. The boundary between them at $x=1$ is, by definition, the median: it splits the total probability exactly in half.

The areas in the next figure are shaded with varying densities of black: 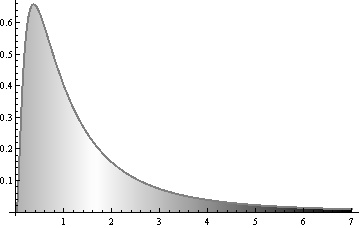 We see that the distant values ($x$ larger than $3$ or so) contribute so much black that they "pull" the dividing line--the mean--towards them.

Another way to see this uses three dimensions. The mean is the point at which the two volumes (pink/yellow and blue/purple) are exactly equal: 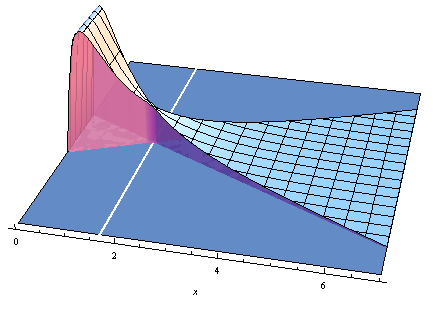 This figure was constructed by sweeping the original histogram (shown in the $x$ (horizontal) and $z$ (up) directions) from side to side around the mean value. This caused the long extended "tail" at the right to sweep out a larger region, because it is further from the mean than the rest of the figure. By virtue of that, it contributes more to the volume.

Were we to try the same thing by sweeping around the median (at $x=1$), we would get unequal volumes: 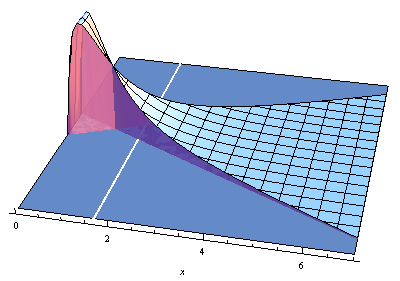 The white line on the ground still shows the mean, but now the axis of sweeping is around the median. Although the median correctly splits the cross-sectional area into two, it allows more volume to the right because the points to the right are "skewed" away from the median. Thus the sweeping axis has to be shifted toward larger values of $x$ to make the volumes balance.

Counter-examples can be constructed by having a few values far above the median on one side and more values but only moderately extreme on the other side.

For example, let's start with some symmetrically distributed data:

Now, let's skew it to the right, by making the largest values bigger (farther from the mean):

Not the answer you're looking for? Browse other questions tagged distributions mean histogram median skewness or ask your own question.

198
Which “mean” to use and when?
4
Advanced procedures using the Median statistic
5
Why is a symmetric distribution sufficient for the sample mean and variance to be uncorrelated?
12
In left skewed data, what is the relationship between mean and median?
14
Should the mean be used when data are skewed?
2
Why use a “truncated mean” (aka “trimmed mean”)?
9
Why doesn't the fact that 1 median is lower than another median, mean that most in group 1 are less than most in group 2?
1
Asymptotic distribution of the exponential of the sample mean
0
Performing t-test on highly skewed financial data + outlier treatment?