Which machine learning algorithim can I use for this kind of pattern recognition?

I have an interesting real world problem that can be abstracted and decomposed into a pattern recognition problem - specifically, recognising "known configurations" from within a 2D plane.

The problem can be described as follows:

My question is, given all of the above, which would be the most appropriate machine learning algorithm to identify and extract patterns from a given MxN matrix?

The picture below provides a visual representation of the problem: 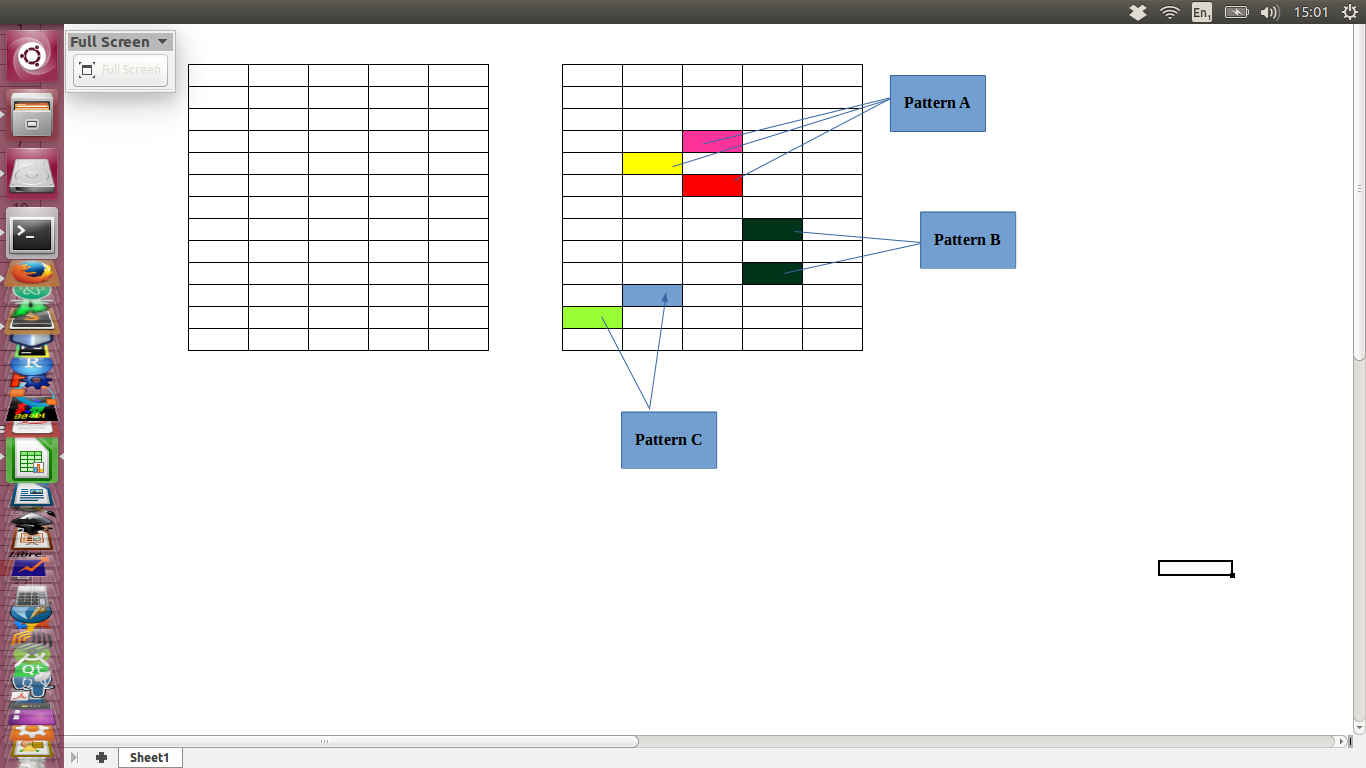 Note1: It is required that a pattern should be "recognised" regardless of where it is located within the grid.

Note2: In practice, patterns could "overlap" and a cell could hold tuples relating to different patterns. The algorithm needs to be able to discriminate between patterns - even in cases of "overlap" such as that described.

Following up on the comments, this is more a general CS approach than an ML approach. It might not be what you want, since the suggestion is really trivial.

Given an MxN matrix and a known pattern that fits in a x b subsection, one can scan for the presence of that pattern as follows:

Now use any algorithm to the set of counts vectors (clustering, knn, etc.)

In Computer Vision exists something that is called convolution with a filter. See https://en.wikipedia.org/wiki/Kernel_(image_processing). For a single tuple per cell that gives you the pattern search algorithm that you need. Further you could adapt it to the case where more tuples are present inside a cell.

Not the answer you're looking for? Browse other questions tagged machine-learning pattern-recognition computer-vision or ask your own question.