I am wondering what (qualitative) sense one can make from PCA and t-SNE plots of weights in a neural network.

I'm training a neural network that regresses five different control values, including a position (X, Y) and an angle (sin, cos), from an image - think of it as trying to determine how to orient a robotic arm. The last layer maps 64 weights to these five values (2x 2D, 1x 1D). In case it matters: No dropout is used for the network, the activations are ReLU-like (MPELU to be exact).

The PCA with three principal components, describing 70% of the total variance (it looks similar from all perspectives): 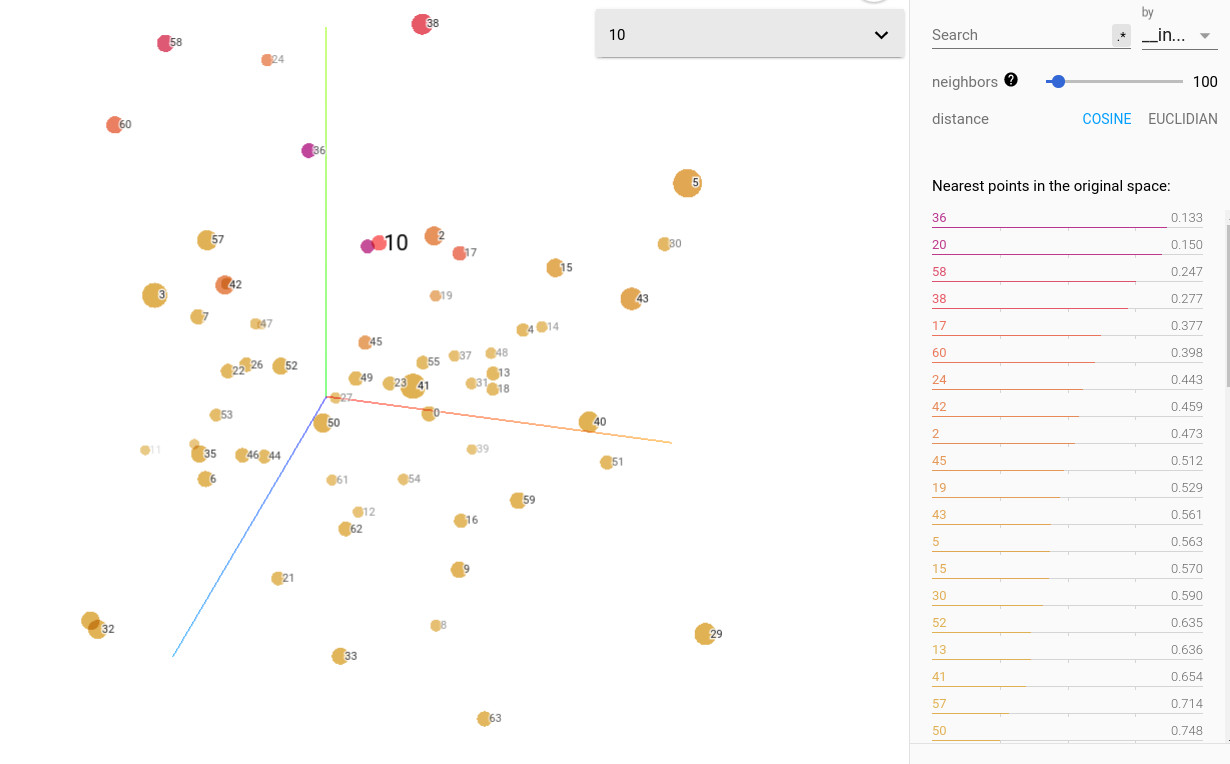 The PCA with two principal components, describing 50% of the total variance: 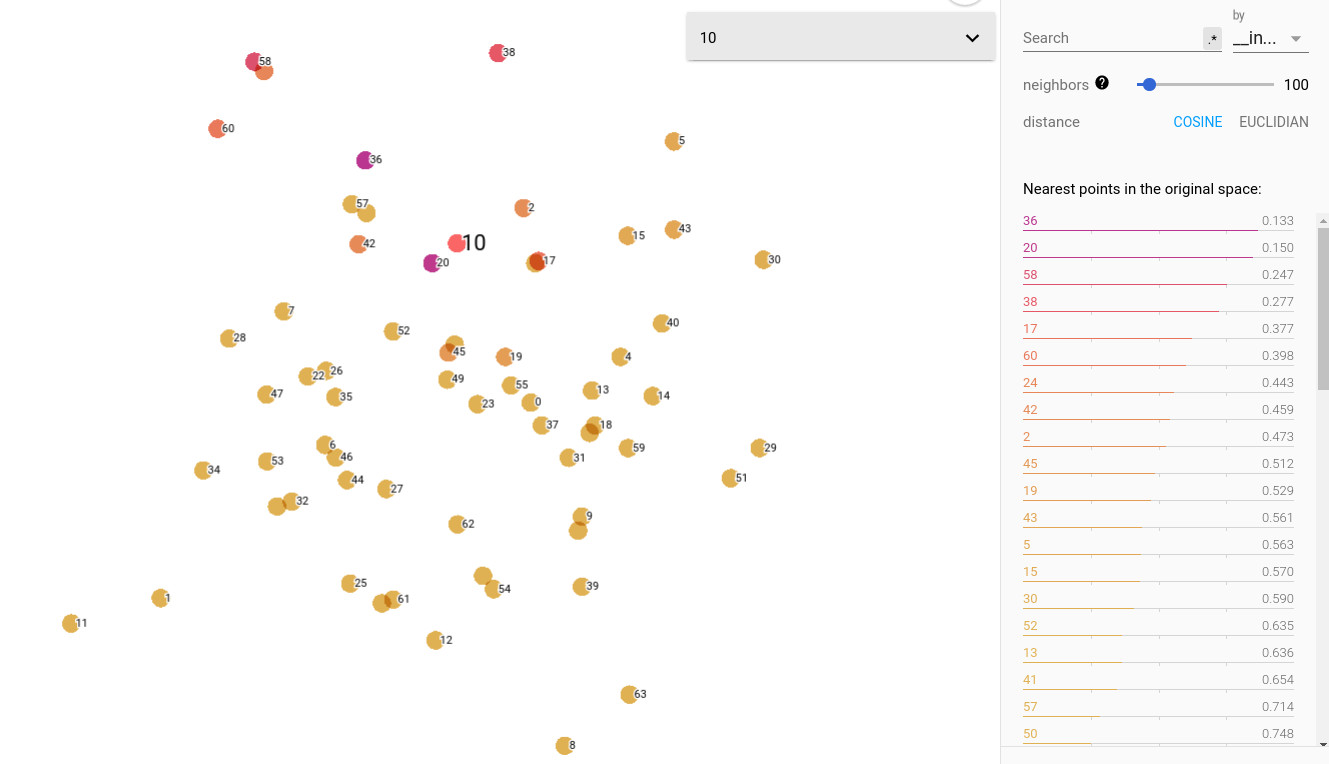 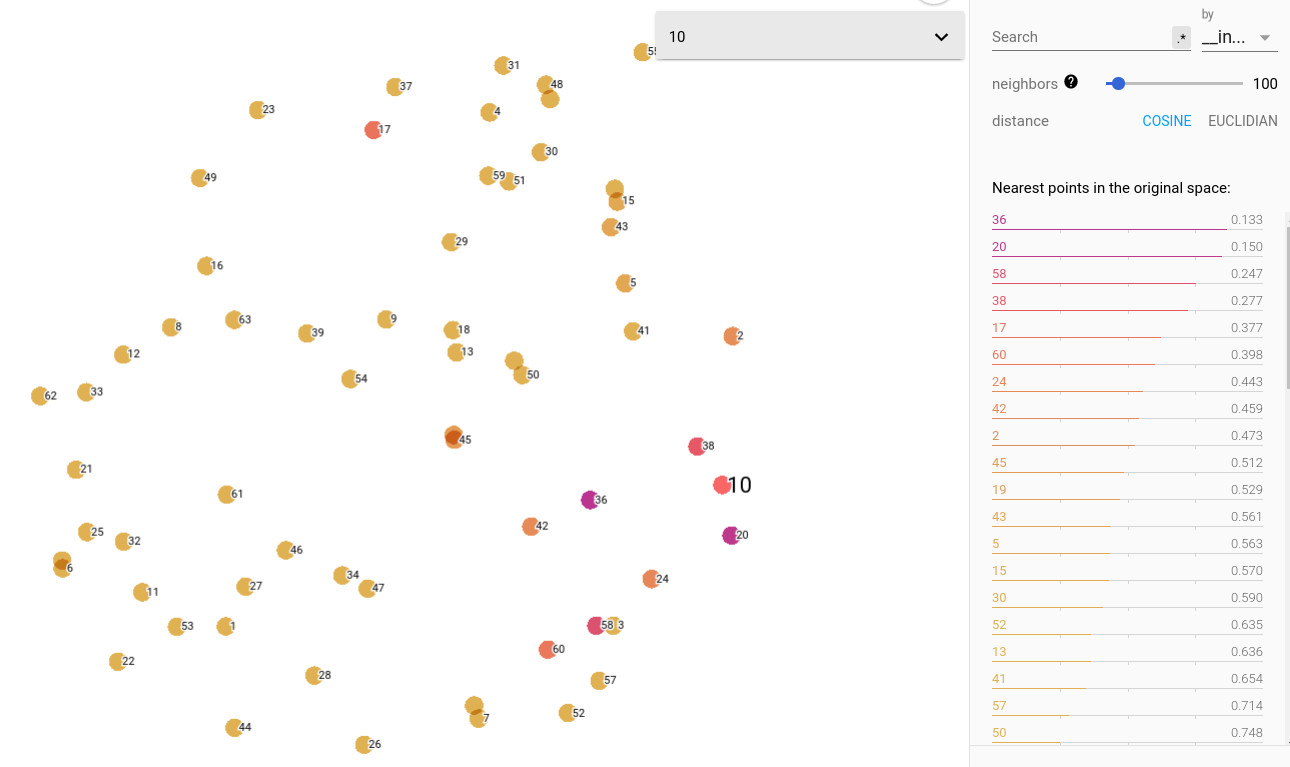 Now in the regressed results there are two pairs of values (X/Y and sin/cos) that do tend to be correlated and in earlier versions of the network, when I was regressing angles only, approximately half of the values were close to each other, while both halves (one for the sine, one for the cosine) were dissimilar in both PCA and t-SNE. Given this, I would expect to see a hint of three or five clusters of values. Instead, the values appear to be well distributed across the embedding space.

Can you give me an idea of what can be read out of these graphs? Is there some qualitative judgement that can be made?

Browse other questions tagged pca intuition scatterplot tsne or ask your own question.

4
What are shortcomings of PCA as a dimensionality reduction technique compared to t-SNE?

25
How exactly is sparse PCA better than PCA?
95
Clustering on the output of t-SNE
1
Evaluate the relative importance of variables using PCA
37
Why is t-SNE not used as a dimensionality reduction technique for clustering or classification?