I have a time series dataset for forecast using Holt-winters model, but my problem is the time series contains breaks or change point, 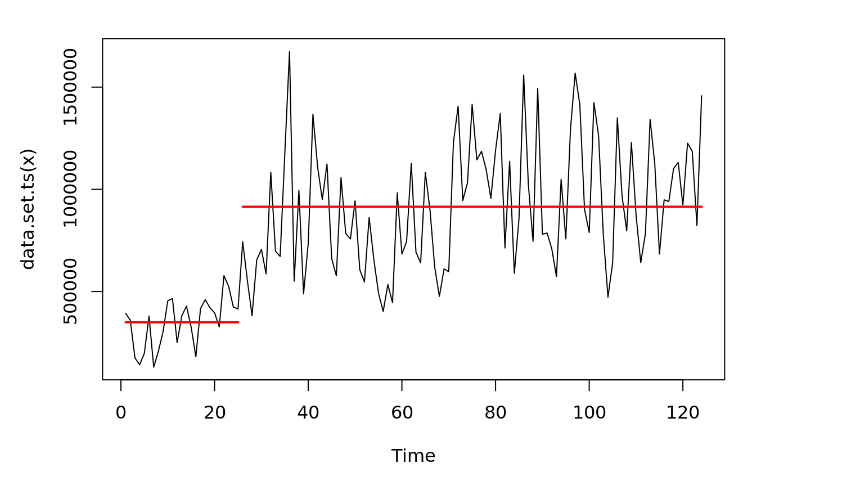 Should we remove the first break? Or is there any other solution for managing breaks in the Holt-Winters model? Knowing that by removing the first breaks data the error rate of my model decrease.

I would construct the following model:

Where adjust is an indicator variable of being before or after the breakpoint.

Where $Y_t$ is in millions.

One of the typical assumptions when doing changepoint detection is that the segments are independent. Thus if this is the case, the data prior to the break is uninformative for the data after the break. Thus you are safe to only use the data post-break for training a forecasting model.

The problem with the @StatMan recommendation is that it is ad hoc . If you have possible complications/opportunities such as an error process that is ARMA or there are local time trends or there are are pulses or there are time varying parameters , or time varying error variance or multiple level shifts .... them one needs to form a much more complicated structure.

Not the answer you're looking for? Browse other questions tagged time-series forecasting prediction change-point or ask your own question.