What does a bottleneck layer mean in neural networks?

I was reading the FaceNet paper and in the 3rd paragraph of the introduction it says:

Previous face recognition approaches based on deep networks use a classification layer trained over a set of known face identities and then take an intermediate bottleneck layer as a representation used to generalize recognition beyond the set of identities used in training.

I was wondering what they mean by an intermediate bottleneck layer?

neural-networks image-processing
Share
Improve this question
edited May 18, 2018 at 8:31

Adding to the previous answer: Bottlenecks can also be understood as a design pattern, consisting of three convolution layers, introduced by the ResNet paper.

Deeper Bottleneck Architectures. Next, we describe our deeper nets for ImageNet. Because of concerns on the training time that we can afford, we modify the building block as a bottleneck. For each residual function F , we use a stack of 3 layers instead of 2 (Fig. 5). The three layers are 1×1, 3×3, and 1×1 convolutions, where the 1×1 layers are responsible for reducing and then increasing (restoring) dimensions, leaving the 3x3 layer a bottleneck with smaller input/output dimensions. Fig 5. shows an example, where both designs have similar time complexity. 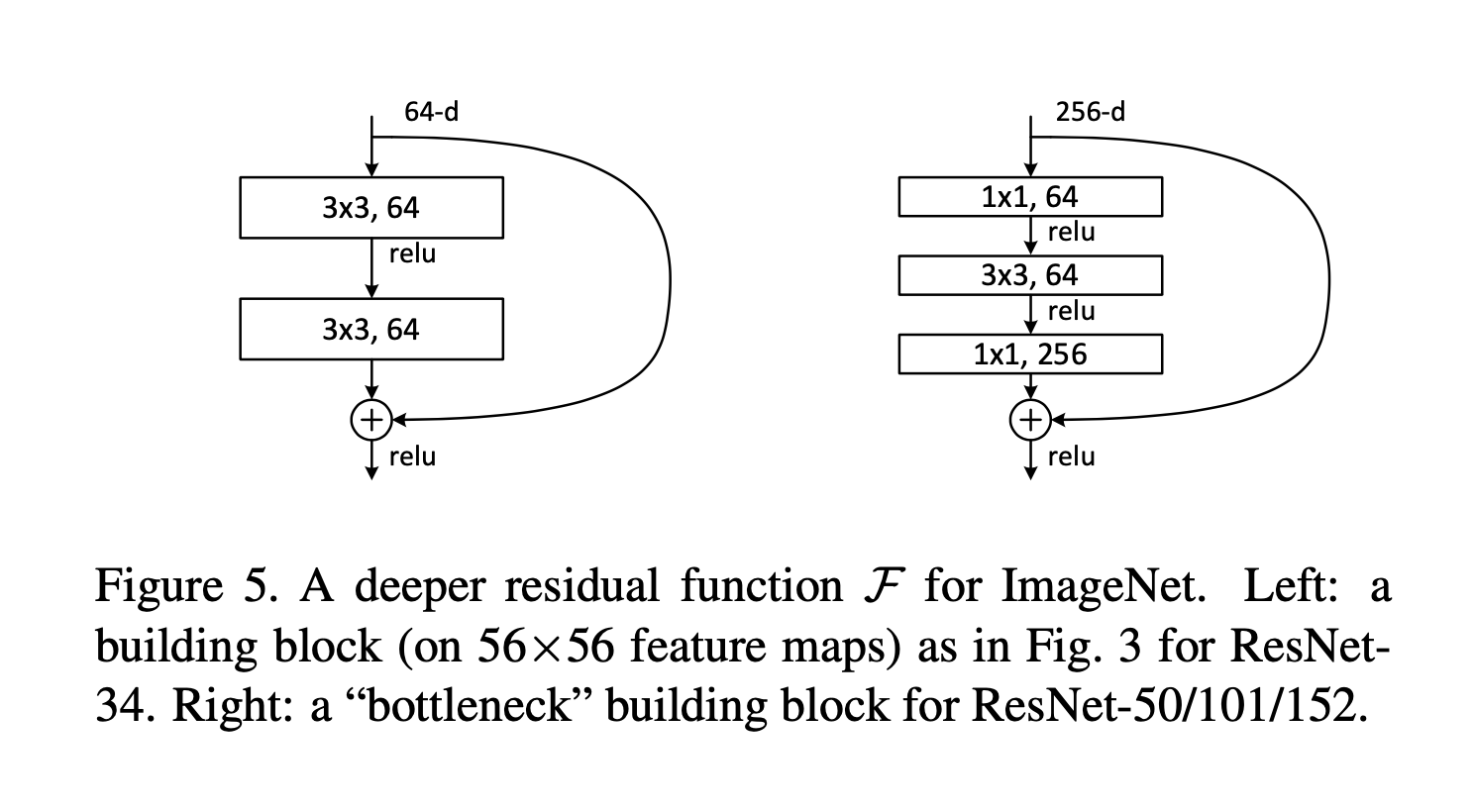 Not the answer you're looking for? Browse other questions tagged neural-networks image-processing or ask your own question.