The coefficients and their associated results apply on the scale on which they are estimated. The only transformation that makes sense is to transform predictions of the response back to the original scale by squaring and subtracting. That said, transforming just because you have a skewed response is a dubious thing to do, and a transformation that looks very ad hoc is dubious to a further extent.

Comments reveal that the range of the response is from 40 to 146. Although the function won't seem challenging to those who remember their high school mathematics, it is always a good idea to plot the function to see exactly what it does: 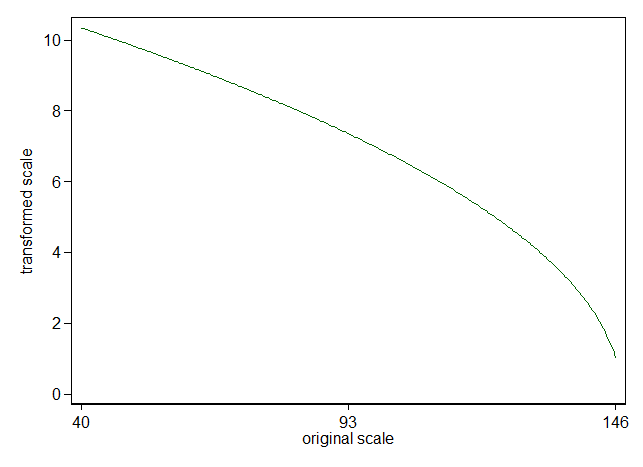 The transformation is problematic in various ways, in increasing worry order:

So, contradictory though it may seem, I doubt that this transform is strong enough to change how your data behaves very much except that it is likely to work on the highest values in ways that may not make substantive sense.

Also, ad hoc transformations are a bad idea. Almost always, we should want to analyse data in ways that would always make perfect sense for other similar bodies of data.

Further comment would depend on learning more. The precise consequences in terms of increased or decreased skewness or linearity will depend on the exact distribution between the extremes and on the values of the predictors.