I am building a model to explain performance in one time period to another. I have my variables and then I have an interaction effect for those variables in the second time period.

The challenge I have is that many values in t0 are significant (and have acceptable VIF). However when I look at the corresponding coefficients and their VIFs, they are incredible high - some over 100 and some over 500.

My simple question, can I use these values that are significant in t0 but have very high VIF in t1? What are the dangers of using them? 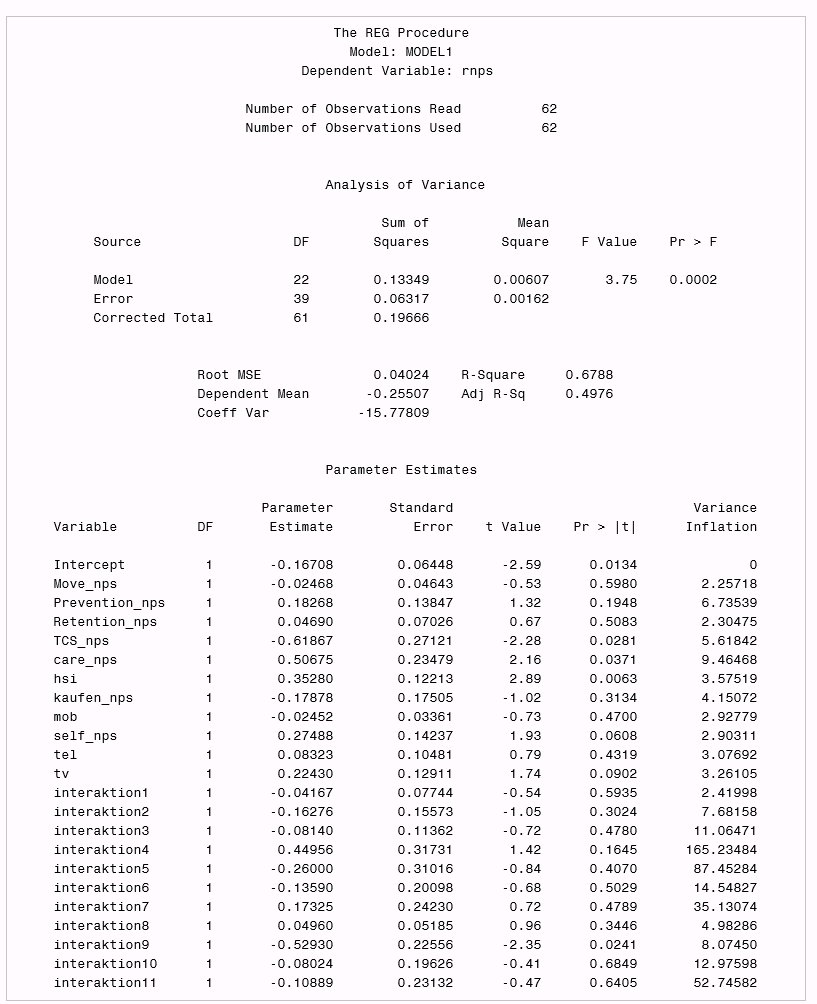 Part 2; I have looked into using lasso to select the model. The challenge there is that it stops at 2 variables, when I can see that more are significant, and the best manual model I can build doesn't come through. I am also struggling to formulate this in SAS as I have when I have 3 variables ( var 1 var 2 var 3 and their corresponding interactions (int 1 int 2 int 3), lasso picks var1 and int 2 which doesn't work. I add this as an additional element, and can understand if you cannot answer it and I need to repost it in stack overflow. The first part is more important to me right now.

So through reading and testing my data, I have found that interactions do generally generate very high VIFs and I can effectively ignore them.
This is backed up through this article, found through this post Robinson& Schumacher

Collinearity diagnostics problematic only when the interaction term is included

The paper talks about running separate (simple) regressions without interactions to validate the betas that you receive, and check the significance of the variables. In my case, I ran them for t0 and t1. Running these myself is what has convinced me that generally I am on the right track - though I am struggling with what to do with this particular data set (I am running this in different areas), but this is a different issue.

I am answering my own question as I hope it will help others later when they come to this issue.

Not the answer you're looking for? Browse other questions tagged time-series multiple-regression interaction variance-inflation-factor or ask your own question.

29
Collinearity diagnostics problematic only when the interaction term is included

8
Equation for the variance inflation factors
3
Regression model constant causes multicollinearity warning, but not in standardized model
5
VIF for Categorical Variable with More Than 2 Categories
4
Is it okay to residualize a variable out of my dependent variable, to deal with multicollinearity?