Why are the ROC curves not smooth?

The following are some performance results that I got from the currently trained model on both the training and validation data sets. There are 3 classes with imbalanced training samples. I use the sklearn.metrics to compute the metrics with average='weighted'. 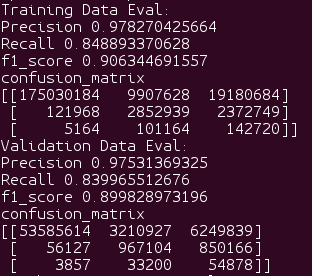 And the following are the ROC curves (the first is from the training data set and the second is from the validation data set). 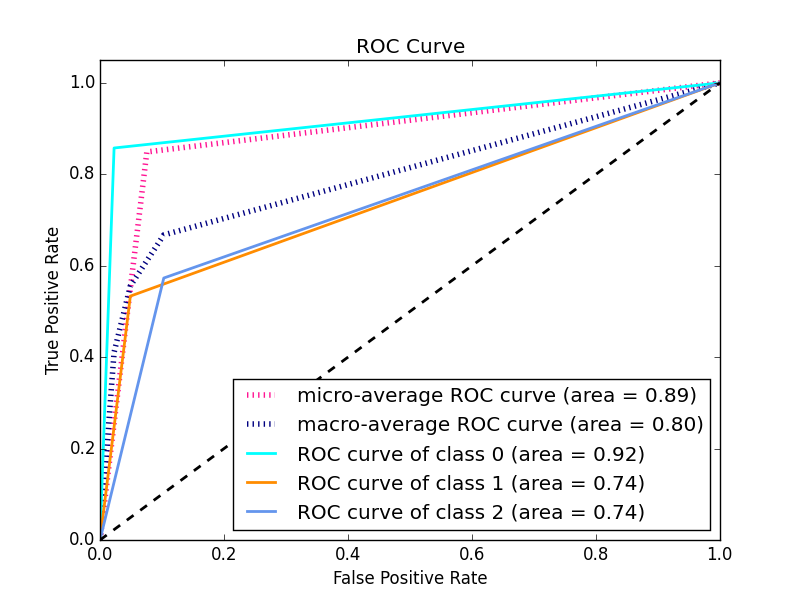 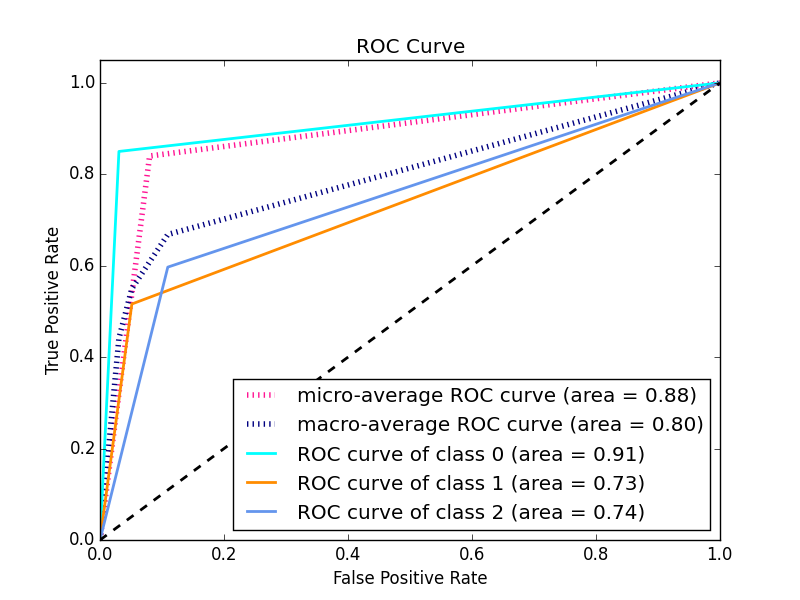 Class 0 (denoted as C0) is the background class, Class 1 (denoted as C1) and Class 2 (denoted as C2) are the positive classes. I want to increase the accuracy on both C1 and C2. The ROC curves seem to be not smooth. Is this a valid model? What can I get from these results? How to improve them, especially to tackle the class imbalance problem? Any comments are appreciated. Thanks!

UPDATED： The source code is as follows: 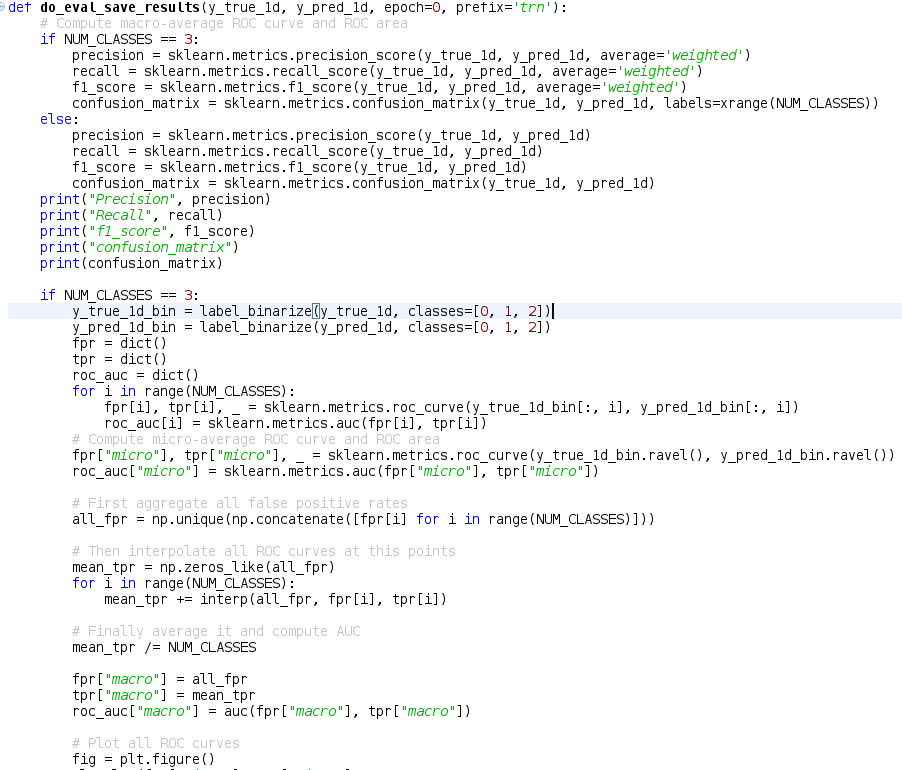 I know the question is two years old and the technical answer was given in the comments, but a more elaborate answer might help others still struggling with the concepts.

OP's ROC curve wrong because he used the predicted values of his models instead of the probabilities.

What does this mean?

How does the model know if an observation belongs to a class? During testing the model receives an observation for which it estimates a probability of 51% of belonging to Class X. How does take the decision to label as belonging to Class X or not? The researcher will set a threshold telling the model that all observations with a probability under 50% must be classified as Y and all those above must be classified as X. Sometimes the researcher wants to set a stricter rule because they're more interested in correctly predicting a given class like X rather than trying to predict all of them as well.

So you trained model has estimated a probability for each of your observations, but the threshold will ultimately decide to in which class your observation will be categorized.

Why does this matter?

What you need to do is use the probabilities instead and let the threshold vary.

Run your model as such:

When creating your ROC curve you will use the probabilities

Not the answer you're looking for? Browse other questions tagged classification scikit-learn roc or ask your own question.