So, I am looking my raw time series dataset, which is non stationary. I initially used the log transformation to stationarize the dataset. The plot the graph(down below). It is obvious that there is still a seasonal component to the data from the ACF plot. 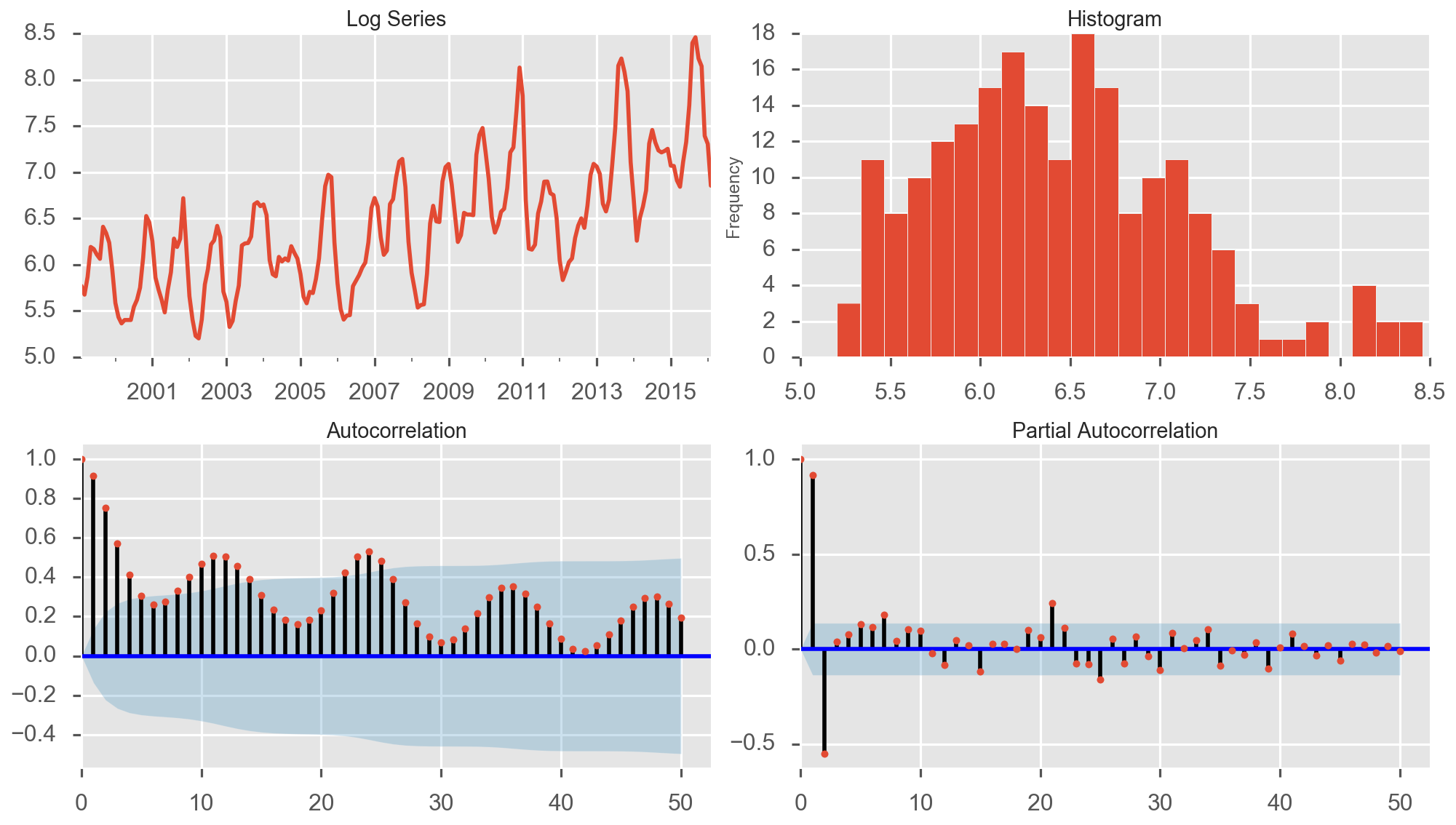 I then tried to use differencing to remove the seasonal component. That resulted in me getting the plot below 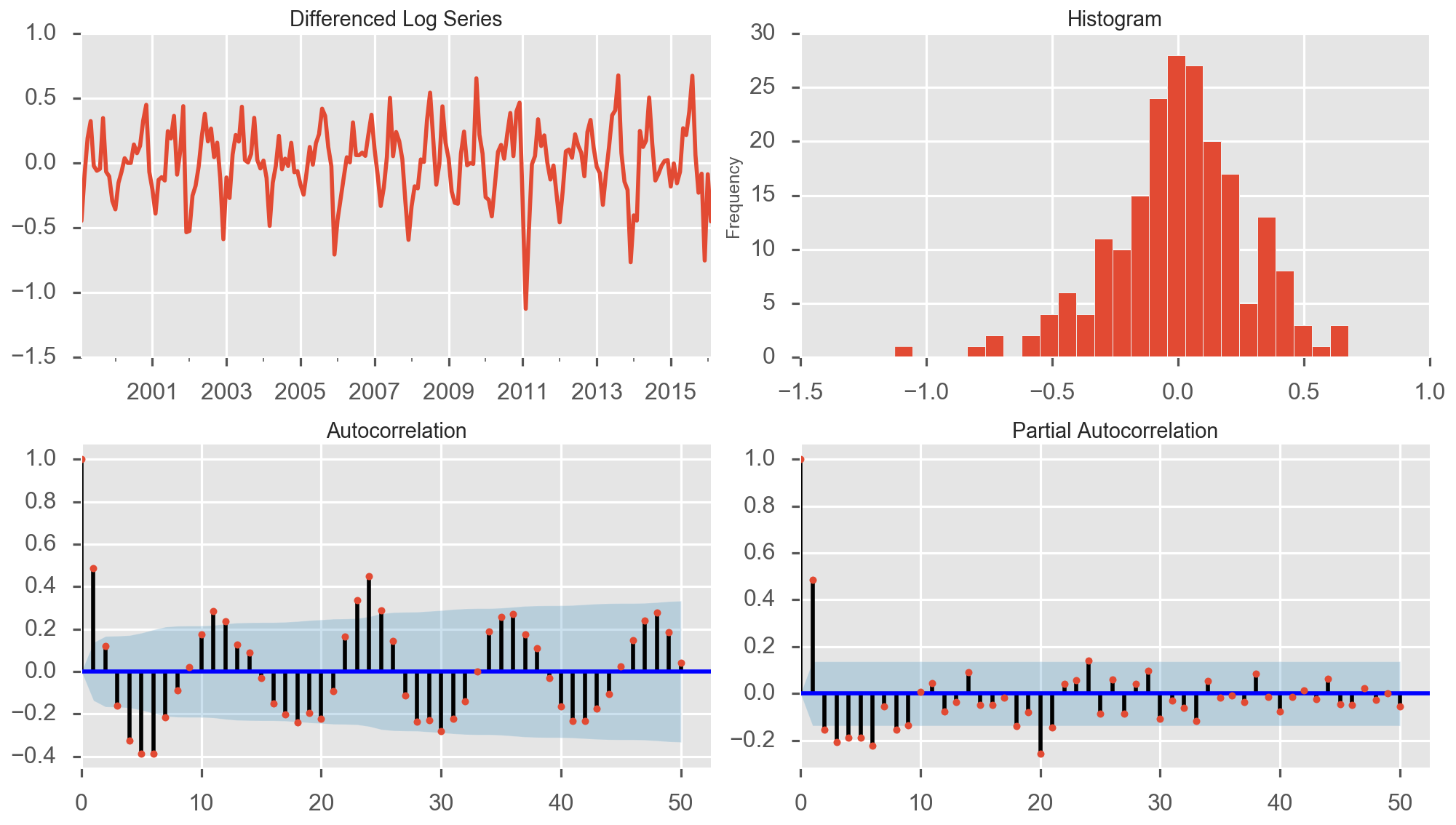 I feel stuck here. How do I proceed from here ? How do I interpret the seasonality of the Log differenced plot and model the data ?

As you've rightly pointed out, the ACF in the first image clearly shows an annual seasonal trend wrt. peaks at yearly lag at about 12, 24, etc. The log-transformed series represents the series scaled to a logarithmic scale. This represents the size of the seasonal fluctuations and random fluctuations in the log-transformed time series which seem to be roughly constant over the yearly seasonal fluctuation and does not seem to depend on the level of the time series.

Since, we observe annual seasonality, the most appropriate $d$-th order differencing for this data set seems to be the $12$-th order differencing. Then, the log-transformed series is expected to represent a randomly fluctuated log-series. The elimination of the annual cycle seems about right.

Seasonal differencing is relevant when the time series is seasonally integrated. Consider the simplest form of seasonal integration -- a SARIMA$(0,0,0)\times(0,1,0)_h$ model with a seasonal period $h$. The original time series under this model is made up of $h$ random walks that alternate every season. I.e. each season has its own random walk, and the random walks of the different seasons are unrelated.

Here is an example with $h=4$ (circles of different colours are used to distinguish between the seasons): 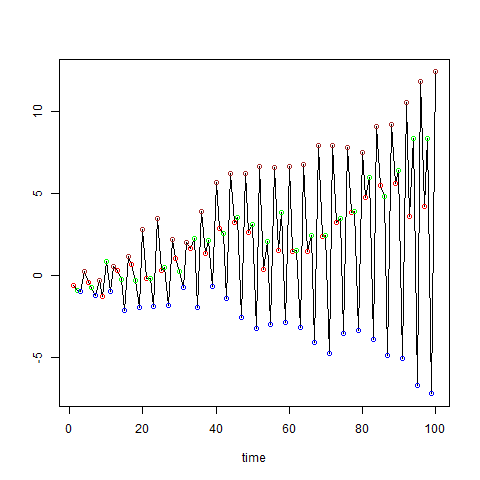 That may or may not be sensible in applications as you would not always expect the difference between two consecutive time points to have values that diverge from each other (which happens under seasonal integration).

If the series is seasonally non-integrated, you may consider a SARIMA$(p,d,q)\times(P,0,Q)_h$ model or using dummy variables or Fourier terms.

Not the answer you're looking for? Browse other questions tagged time-series autocorrelation stationarity seasonality partial-correlation or ask your own question.