I would like to do an ANCOVA on a set of 2 continuous data set (before and after pill) and one factor with 3 levels (3 pills) Here is the graph of before pill vs after pill with pill taken in colour:. 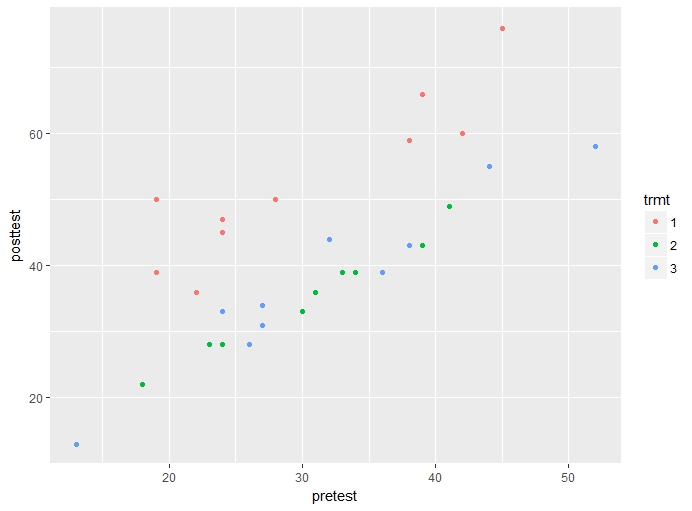 I would like to know how to evaluate the equality of regression slopes for each pill.

I was thinking of an ANOVA like test, which is for equality of means, but here for the slopes, that takes into account variance.

I saw this other option: Testing equality of coefficients from two different regressions, however I would be forced to make a pairwise analysis, and n the case where I have 1000 pills, might not be efficient.

Is there such a test? and how would it be implemented in r?

I can tell from inspection that the slopes are not significantly different but the typical way to test for differences is with the pretest x trmt interaction. Most software allows you to specify trmt as a categorical variable and lets you include pretest x trmt in the model (along with pretest and trmt of course). The old way to do it is with dummy variables.

Not the answer you're looking for? Browse other questions tagged regression-coefficients assumptions ancova or ask your own question.