How to calculate inclusion probability under sampling without replacement

I am quite new to sampling method.

The task is sampling without replacement with unequal probabilities, but I have problem in calculating inclusion probability.

I want to sample $n$ units from the population of size $N$ through the following procedure in the figure. After the procedure, I need to calculate the inclusion probability in order to get the Horvits-Tompson estimator, an unbiased estimator of the Population Total.

My ultimate goal is to have an unbiased estimator of the Population Total, based on $p_i(k)$ constructed by myself.

How can I do this? 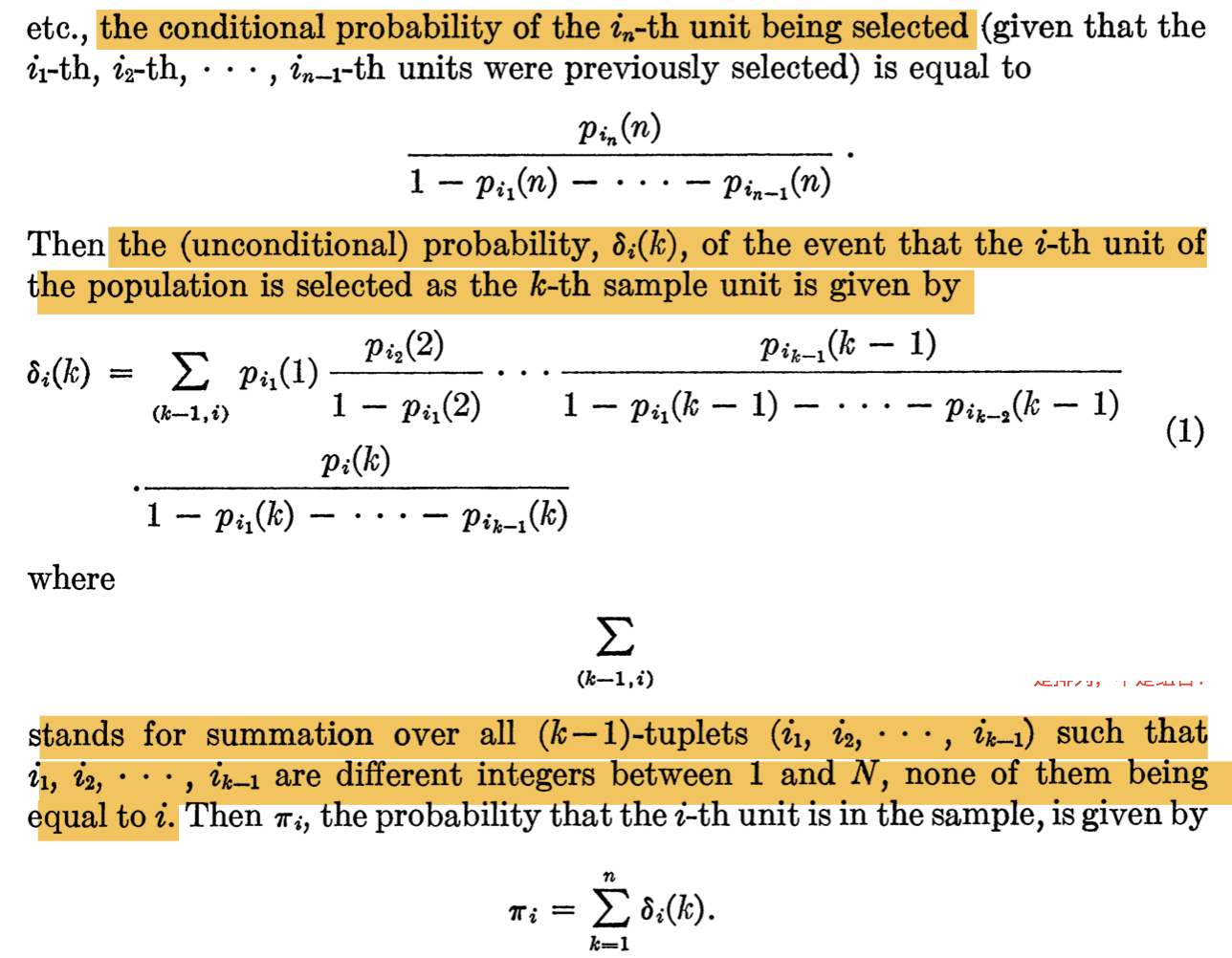 The inclusion probability is also written as the following $p(u_i)$:

The formula is from paper: SAMPLING WITH VARYING PROBABILITIES WITHOUT REPLACEMENT: ROTATING AND NON-ROTATING SAMPLES.

Browse other questions tagged sampling or ask your own question.