Question: However, if we are doing linear regression, we often use squared-error as our loss function. Are there any specific reasons for using the cross entropy function instead of using squared-error or the classification error in logistic regression?

I read somewhere that, if we use squared-error for binary classification, the resulting loss function would be non-convex. Is this the only reason reason, or is there any other deeper reason which I am missing?

Attempt: To get a sense of what different loss functions would look like, I have generated $50$ random datapoints on both sides of the line $y=x$. I have assigned the class $c=1$ to the datapoints which are present on one side of the line $y=x$, and $c=0$ to the other datapoints. After generating this data, I have computed the costs for different lines $\theta_1 x-\theta_2y=0$ which pass through the origin using the following loss functions:

I have considered only the lines which pass through the origin instead of general lines, such as $\theta_1x-\theta_2y+\theta_0=0$, so that I can plot the loss function. I have obtained the following plots. 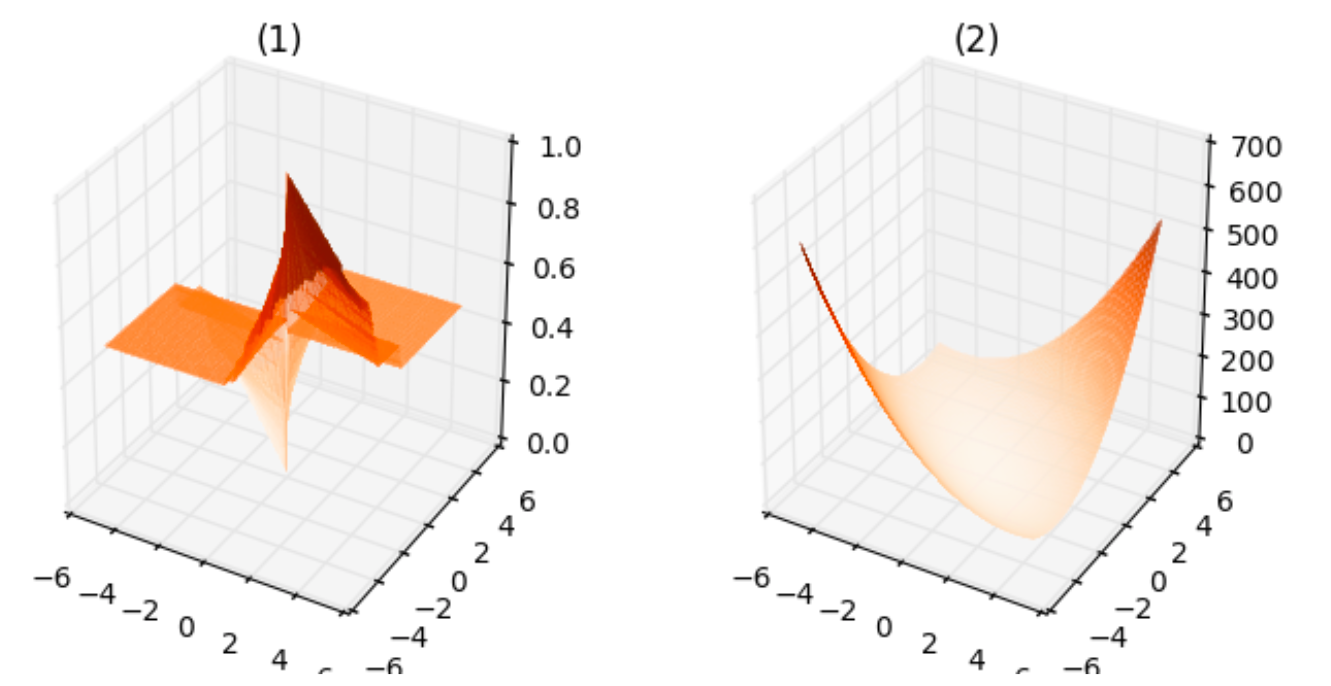 From the above plots, we can infer the following:

Is there any reason to use $(5)$ rather than $(2)$? Also, apart from the smoothness or convexity, are there any reasons for preferring cross entropy loss function instead of squared-error?

You got off on the wrong track as detailed here. Just because you have a binary $Y$ it doesn't mean that you should be interested in classification. You are really interested in a probability model, so logistic regression is a good choice. Get the nomenclature right or you will confuse everyone.

To the main point, the theory of statistical estimation shows that in the absence of outside information (which would make you use Bayesian logistic regression), maximum likelihood estimation is the gold standard for efficiency and bias. The log likelihood function provides the objective function.

You may have confused a loss/cost/utility function with estimation optimization. Get the optimum estimates using maximum likelihood estimation or penalized maximum likelihood (or better Bayesian modeling if you have constraints or other information). The a utility function comes in when needing to make an optimum decision to minimize expected loss (maximize expected utility). But I don't think you are asking about decision analysis. So stick with the gold standard objective function - the log likelihood.

Not the answer you're looking for? Browse other questions tagged machine-learning logistic loss-functions or ask your own question.