Why does the covariance need to be estimated?

I have a very basic question. I'm understanding Pearson Correlation right now and that is given by:

Given that, I'm trying to understand the Covariance. Wikipedia says:

In statistics, sometimes the covariance matrix of a multivariate random variable is not known but has to be estimated

And indeed, the formula I'm using for the correlation is as follows:

But I'm still a little confused. Why is it that we have to use an estimator for the covariance? When I looked this up online, I saw things explaning estimators of covariance, but not why we estimate covariance itself....

What exactly is the difference between the two, and how do they relate to the covariance estimator in the correlation?

Again, I understand this is a very basic question, but I haven't been able to understand from what I've seen online so far. Any help or links in the right direction would be greatly appreciated, thanks!

I think you misunderstand the process(and the goal ) of the statistical inference .

The probability space of a random experiment is given by the 3-tuple $\{S,\Upsilon,P\}$ where :

$S$ : sample space being the set of all outcomes of the experiment

$\Upsilon$: event space being the set of all events (typically a sigma-algebra on $S$)

The typical question in this case is " Given the probability space, what can we say about the characteristics and properties of outcomes of an experiment?"

Now what if we have $n$-variate random variable ?

Given the observed characteristics and properties of outcomes of an experiment, what can we say (infer) about the probability space? 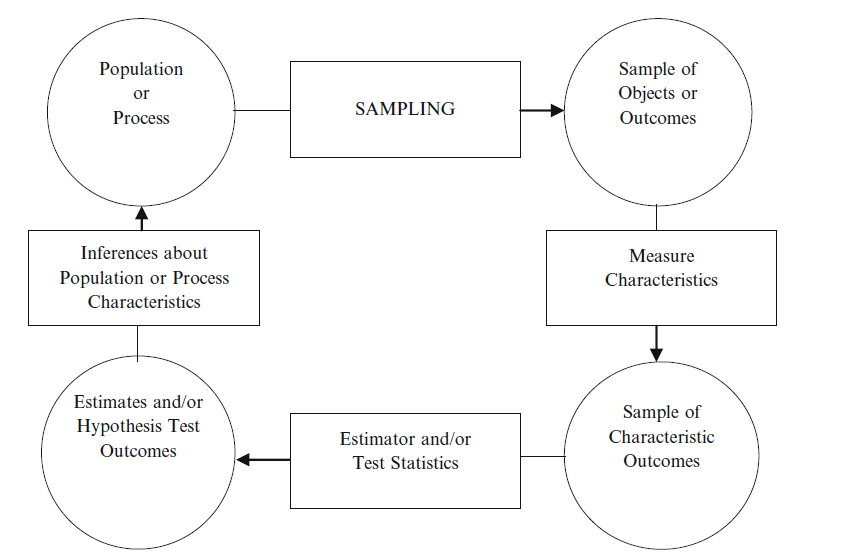 Not the answer you're looking for? Browse other questions tagged estimation covariance unbiased-estimator or ask your own question.

0
Why does the density function has product of variance and covariance for higher model order time series
0
If given statistic is unbiased estimator?
6
Intuition as to why estimates of a covariance matrix are numerically unstable
1
Why is distance covariance defined squared, while covariance is not?
0
notation in standard form of covariance formula
3
Why the sample covariance estimator is unbiased, but the sample pearson correlation coeficient is not?