How to correctly identify d-separation in directed graphical model (DGM)?

Pardon me for the newbie question, I'm new in Bayesian network.

Some discussion about using Bayes ball algorithm to test if d-separation holds between two nodes X, Y (or two sets of nodes X, Y) is not clear to me.

For example, the first figure below indicates that node X and node Z are not d-separated.

However, the rule corresponding to the boundary case (second figure below) suggests that the path between nodes x and z is blocked. 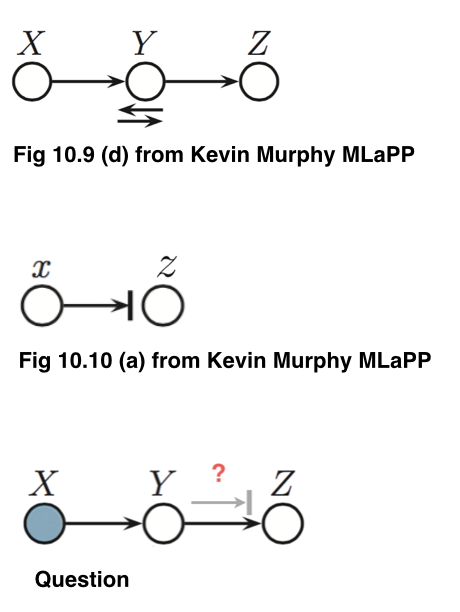 So, my question is, if X in the first figure is observed, are Y and Z d-separated then (since the case will be reduced to the second figure)?

Not the answer you're looking for? Browse other questions tagged graphical-model bayesian-network or ask your own question.