Why is sigmoid or tanh better than linear slope for an activation function?

I usually see sigmoid or tanh being used as activation in neural networks. Why not linear slope given that linearity is simpler mathematically?

Such an activation function adds no non-linearity hence the whole network would just be equivalent to a single linear neuron. That is to say, having a multi-layer linear network is equivalent to one linear node.

Thus it makes no sense building a multi-layer network with linear activation functions, it is better to just have a single node do the job. To make matters worse a single linear node is not capable of dealing with non separable data, that means no matter how large a multi-layer linear network can be it can never solve the classic XOR problem or any other non-linear problem.

Activation functions are also important for squashing the unbounded linearly weighted sum from neurons. This is important to avoid large values accumulating high up the processing hierarchy.

Neural network doesn't use linear activation by definition. It's not if it's not possible, linear activation would just give you a new linear transformation from your input variables. So ... why not just fit a linear model?

There are piecewise activation functions used where each piece is a linear function and together they form a nonlinear function, such as leaky ReLUs, which turn out to show better performance than sigmoid or tanh in many types of networks. 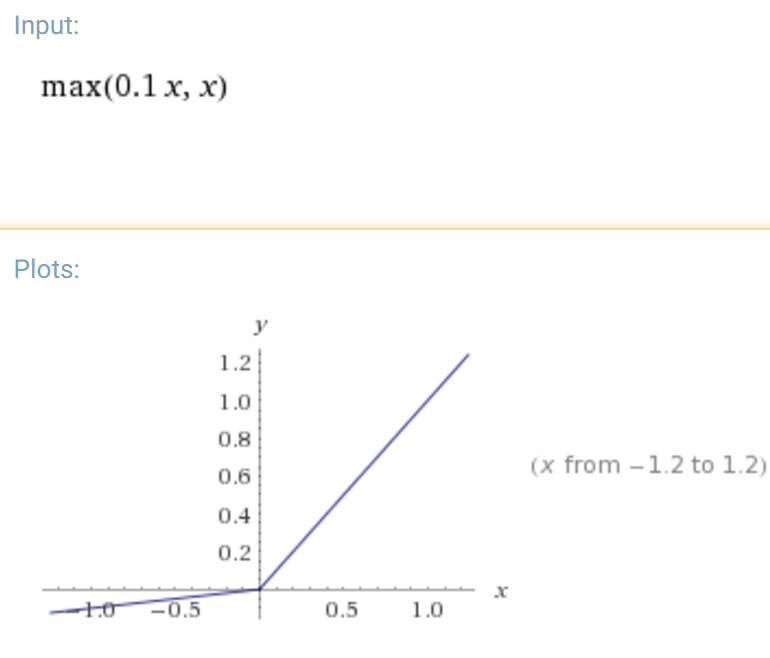