ANOVA: compares means among 3 models or linear vs simpler model?

So I'm super confused. Looking online for example:here or here or here or in any other website I could find ANOVA is " used to determine whether there are any statistically significant differences between the means of three or more independent (unrelated) groups" or "are useful for comparing (testing) three or more means (groups or variables) for statistical significance" or "ANOVA is used to compare differences of means among more than 2 groups.".

Hence is my lecturer teaching us something wrong? Are they two different types of ANOVA but with the same name? Or are they the same thing and I don't see the connection?

Here is what the lecture notes say for simple linear regression (similar for multiple): 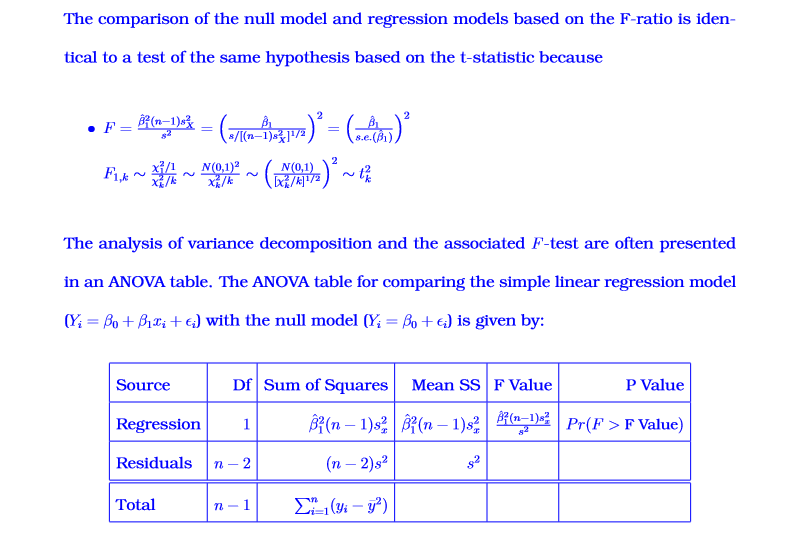 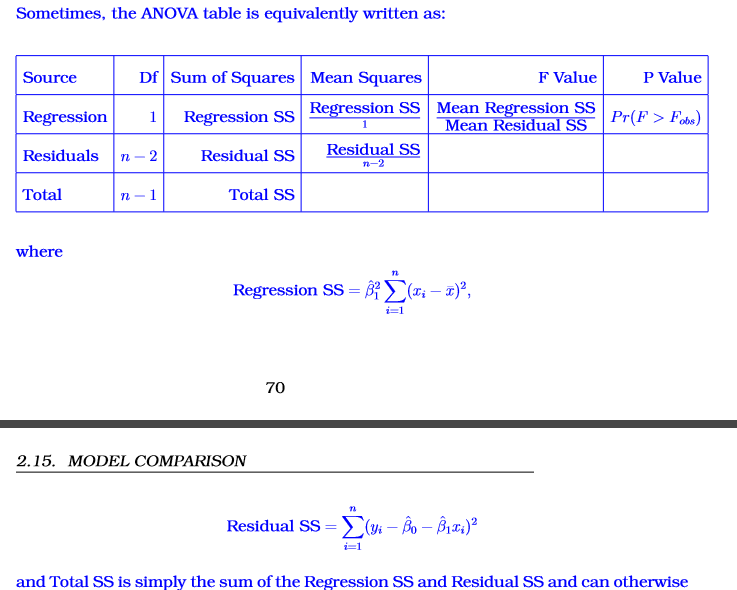 I think what you're talking about is just the definition for ANOVA. Remember:

Your lecturer was correct. In fact, it was just the definition for ANOVA. There is no contradiction, we're talking about the same thing.

My answer is not very mathematical, because I know you're asking for easy explanation (e.g. I skip degrees of freedom). If you're looking for more precise explanation, head to:

Not the answer you're looking for? Browse other questions tagged hypothesis-testing statistical-significance anova t-test f-test or ask your own question.