A Gaussian non-linear regression model. What does it mean, and how can I simulate it?

In the paper Bottai describes some models he uses to perform simulations. I would like to duplicate these simulations but I get stuck on how to generate the data. He says:

A bit further he denotes:

Figure 2 shows typical loglikelihoods obtained by pseudorandomly generating four samples from Model 1, where $n = 10000$, $\theta =0$ and $X$ is generated from a $Un(- 1, 2)$ distribution. Note that, despite the large sample size, two of the loglikelihood functions are bimodal.

Generating uniformly distributed data is no problem in R. But how can I generate this $Y$ (or the $Z_i$).

No, for the example $f(x)$ was specified to be uniform just above. 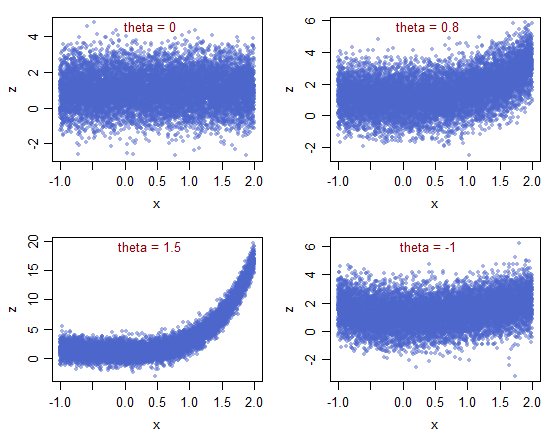 Not the answer you're looking for? Browse other questions tagged r simulation inference or ask your own question.