Can I do statistical analysis with two separate survey questions that have different types of (response) scales? 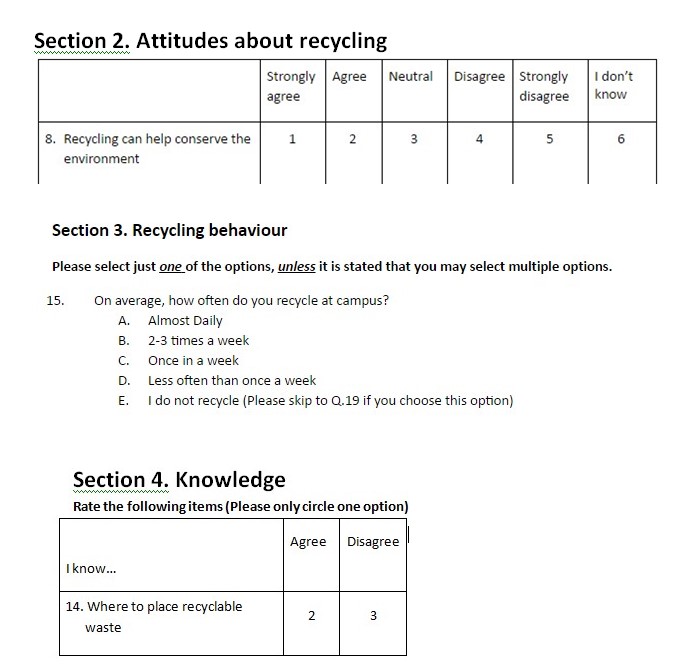 The scales you have are ordinal, not interval, so you can certainly use ordinal statistics with no problem: i.e. daily > 2x > 1x > less than 1 > don't. For correlations, this would be Spearman correlations.

You could also do crosstabulations and test via Chi-square, and get a measure of the magnitude of the correlation with Cramer's V or a similar statistic.

You can do relationship analysis with quantities that have different scales but for the results to be highly accurate you would have to normalize/standardize your data. Normalizing is converting all your analysis inputs to the same scale.

You can convert categorical values A-E to numerical values that make sense before your analysis.

Not the answer you're looking for? Browse other questions tagged likert or ask your own question.

1
Which test do I choose to analyze my Likert scale data?
1
Correlation of likert scales for different questions
1
Independent and Dependent variables use different scales
4
How to combine likert items into a single variable
4
How are questions of similar meaning in questionnaires dealt with?