Searching for behavioral differences between two groups of horses is my main research goal. All the recordings (as I mentioned in the title) are consisted of categorical variables (nominal in most cases except weather conditions and surrounding sound levels which are ordinal data)*.

The horses are divided in stereotypers and non stereotypers in groups of three (three horses with normal behavior and three that are stereotyping). The horses' behavior is split among 5 major categories:

By using a $\chi^2$ (chi-square) test, comparing the major behavioral categories of the two groups (except the stereotypical behavior for obvious reasons), I've found that there is a significant behavioral difference ($p=0.008<0.05$, $df=3$) between stereotypers and non stereotypers, especially in feeding and resting behavior, though the standard residual scores of these behaviors ($\pm 1.4$ and $\pm 1.3$ respectively), weren't "significant enough" according to a general rule of thumb that says if the value of the residual lies outside of $\pm 1.96$ then it is significant at $p < .05$.

Question 1: how do I proceed from here? Do I accept that there is a small difference that could let me reject the null hypothesis, but judging from the standard residuals isn't strong enough to make a valid assumption that there is a behavioral difference between the groups? Would it be wise on my part to break the main table in 2x2 contingency tables and check for individual differences in each behavior? Would the results be pointing more clearly in one direction or the other?

PS*: Here is a portion of my recordings in case you want to have a better idea of what I'm talking about 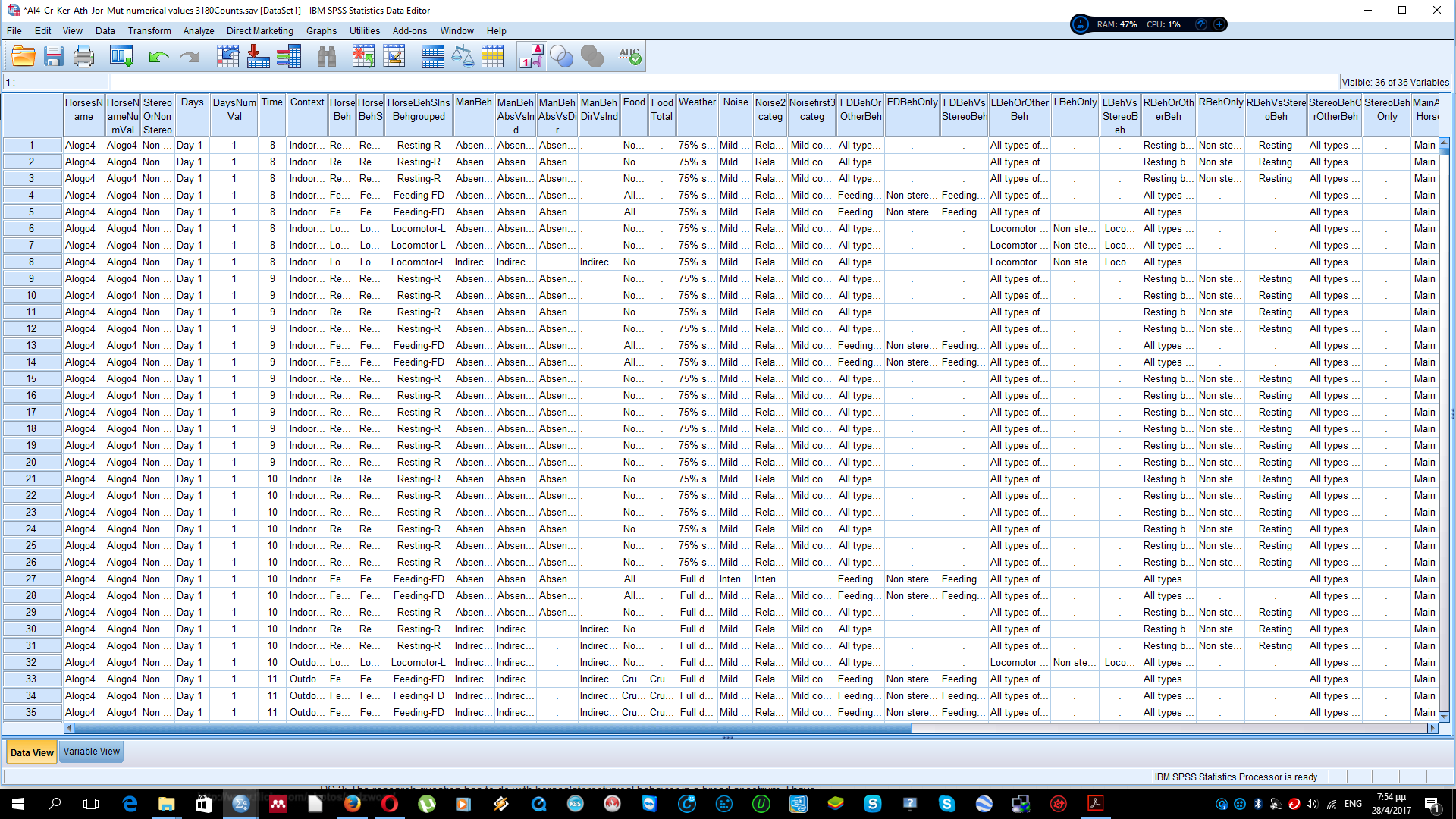 PS**: Not much of a stat guy so I'll appreciate very much if you keep it simple. Feel free to ask me anything you want...

1
Can Fisher's exact test accept a 'vector of probabilities'?
3
Significance testing of categorical variables - is chi squared as good as it gets?
2
Analyzing categorical data: a meaningful way to depict some sort of mean tendency for every group of data
0
"Breaking down" a Chi square significant result in an r x c contigency table (SPSS)
1
Statistical Significance Test (Genotypes and Race)
2
Categorical independent variable and binary dependent variable