This is a beginner level question, and I apologise in advance if the answer is obvious.

*as judged by the pairwise comparisons using the LRT

Here is an illustration of what I mean:

In the above model:

After the addition of a random slope:

I'm a little bit confused by your use of "pairwise comparisons" to refer to a nested model comparison using the likelihood ratio test.

The likelihood ratio is testing to see if: (a) the variance of the slopes is greater than zero, or (b) the covariance between the random slopes and intercepts is different from zero.

I would first adjust your p-value for the fact that it is testing one hypothesis bounded at zero (i.e., variances cannot dip below zero).

What you have is a significant slope. The fact that this changes the fixed estimate part of zRDL2 doesn't matter much. When I run mixed/multilevel/hierarchical models, I do a top-down approach: I start with a saturated random-effects structure. Then, I start picking away at the random effects and doing nested model comparisons along the way. If there is no significant change when I take something out, then I leave it out.

Then I move onto the fixed effects, doing the same thing.

I think your model with the random slope is an appropriate model, given what you have presented. To the best of my knowledge, this is not because it decreases the risk of committing a Type I error, but because it is the best way to model the variance in your dependent variable. I find that graphing random slopes or showing a spaghetti plot is very, very telling in how the random effects structure looks.

What I am wondering is: does it make sense to add a random slope of a variable, if that variable is not significant in the first place?

Yes, this makes sense. What it tells you is that the average slope does not differ significantly from zero (i.e., the coefficient's p-value > $\alpha$); however, there is significant variance in slopes among people (i.e., the random slope is statistically significant). What would this look like? 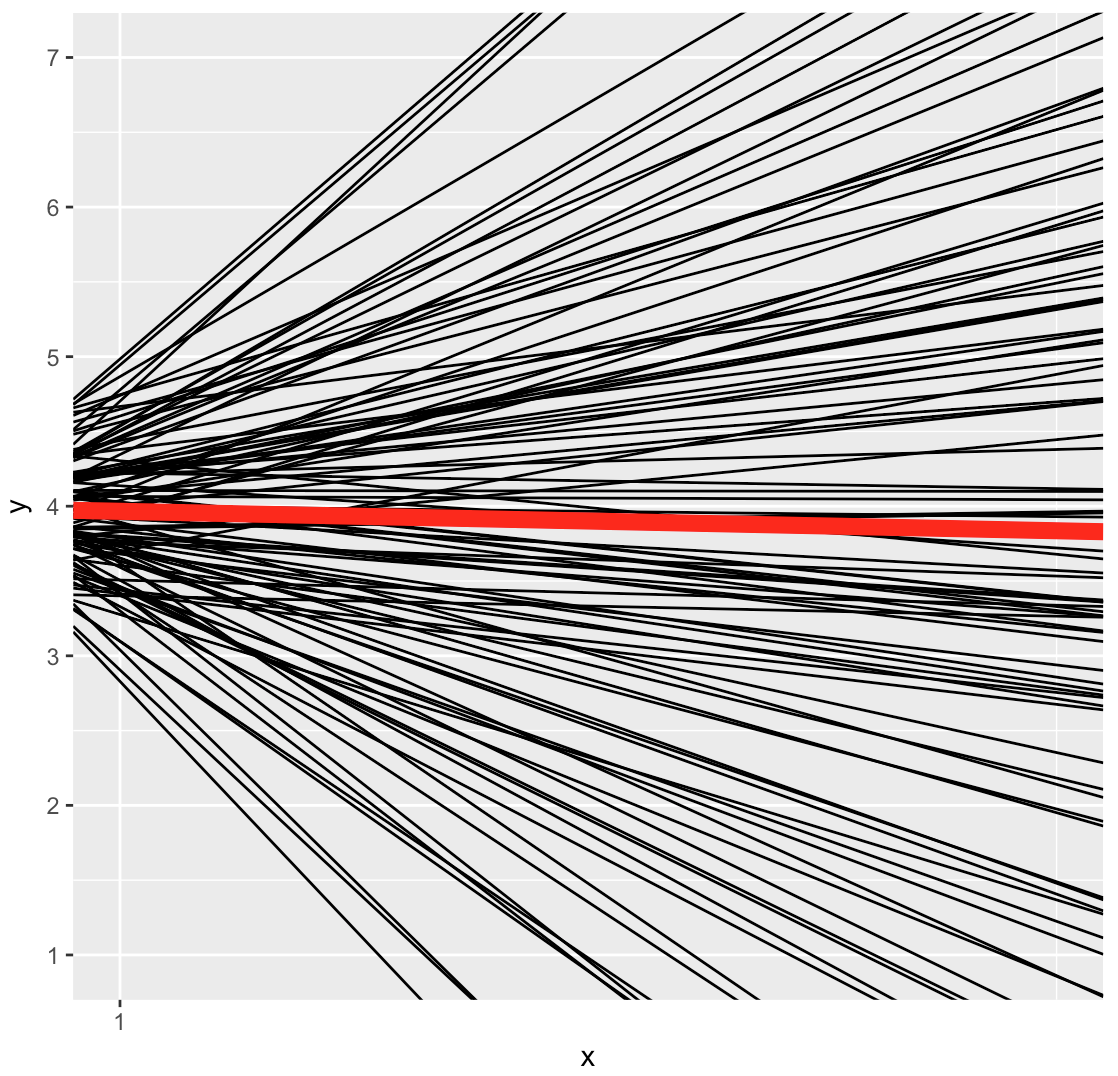 What is interesting here is that, if you were interested, you could look at moderators at the individual level that might explain when someone has a positive or negative slope.