Kruskal-Wallis test: assumption testing and interpretation of the results

There is a chapter on the Kruskal-Wallis (KW) test on the website influentianl points, and there are some quotes I'm not sure I understand correctly:

...heterogeneous variances will make interpretation of the result more complex...
[link to chapter] 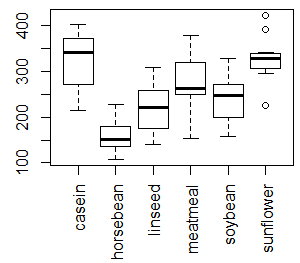 The KW test (also the Mann-Whitney U-test) is essentially always a test for stochastic dominance. What that means is it is testing to see if there exists at least one group such that you would typically get a larger (lesser) value from it than the rest if you drew a value at random from each.

People assume this means that one median or mean must be greater than the other, but that isn't necessarily true. If the shapes and the variances of the distributions are identical (i.e., one group's distribution is just shifted up or down relative to the other), then stochastic dominance implies a greater mean and median (and also a greater third quartile, fifth percentile, etc.). However, if the shapes / variances of the distributions differ, then it isn't necessarily the case. For further discussion of these topics and to see an example where the means are switched, see my answer here: Wilcoxon-Mann-Whitney test giving surprising results. For an example where the medians are equal, but there is nonetheless a stochastically dominant group, consider this: 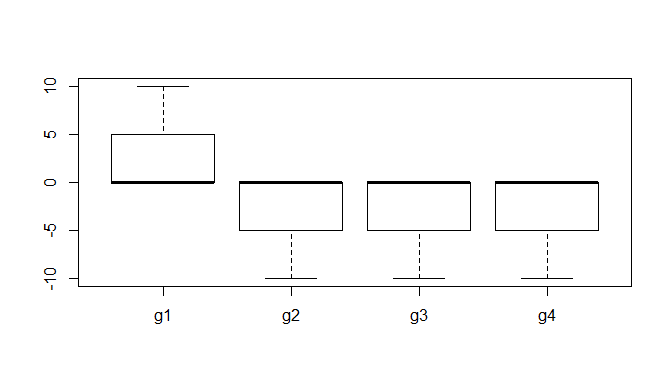 With this understanding in mind, we can answer your specific questions.

This question (Non-normal distribution even with Kruskal-Wallis test) has a nice summary on the difference between inferring stochastic dominance vs. equality of medians.

To answer your specific questions:

Not the answer you're looking for? Browse other questions tagged nonparametric interpretation heteroscedasticity assumptions kruskal-wallis-test or ask your own question.