Here is an idea based on the rejection method that should work for real $s>1$ without requiring inversion.

We thus accept draws from $F$ if a uniform r.v.s is less than $g$ (red) divided by $s$ times their density (blue) at that draw. Here is a visualization for the normal case with $s=4$: 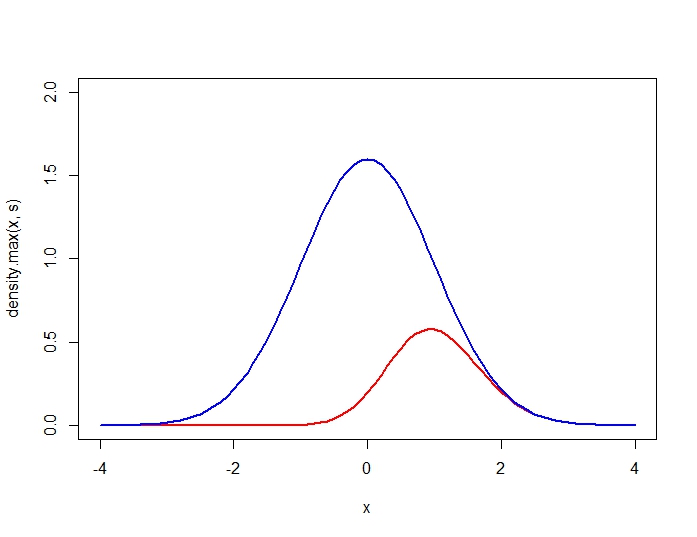 Here is an implementation in R for the known case of $\max(X_1,\ldots,X_s)$ for iid $X_i\sim N(0,1)$, that reveals that the algorithm works, but also that it is inefficient as it discards many draws, in particular negative ones. In particular, the unconditional acceptance probability of a draw is $1/s$, the relative area under the two curves. 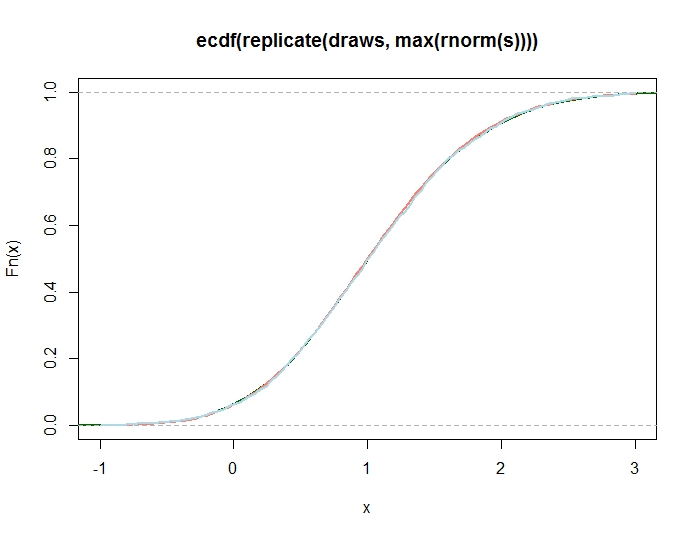 Not the answer you're looking for? Browse other questions tagged random-variable random-generation univariate generator or ask your own question.

7
Pseudo-random orthogonal matrix generation
5
Algorithm for generating hyperexponential distribution
12
Is Slutsky's theorem still valid when two sequences both converge to a non-degenerate random variable?
2
How does Slutsky's theorem extends when two random variables converge to two constants?
5
In general, how should we find the pmf given only the moment generating function without comparing its form to that of famous pmf?
7
What is the distribution of the difference of two iid noncentral Student t variates
2
Decomposing a random variable into marginals and copula
3
Generating unique binomial random variates