So, Wikipedia makes an assumption about the response variable, namely that it is normally distributed. However, in other sources and here in stack exchange the normality is required for the error terms. If they are not normally distributed we should go for some generalized linear model.

What is the Wikipedia article referring to or is it wrong?

This is appropriate when the response variable has a normal distribution.

I am stealing @Cliff AB 's example here. The following distribution on $y$ and residual does not violate OLS assumption! 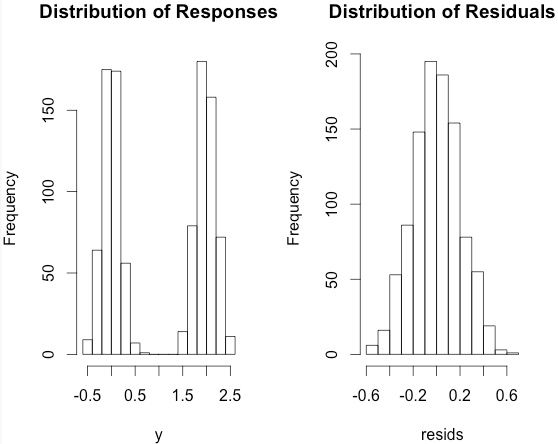 What is a complete list of the usual assumptions for linear regression?

Not the answer you're looking for? Browse other questions tagged regression generalized-linear-model assumptions or ask your own question.