What is the mathematical rigorous proof that L1 regularization will give sparse solution? [duplicate]

It is given in the book Machine Learning A probabilistic Perspective, but i am not able to understand it. Can some one provide an explanation for that ? 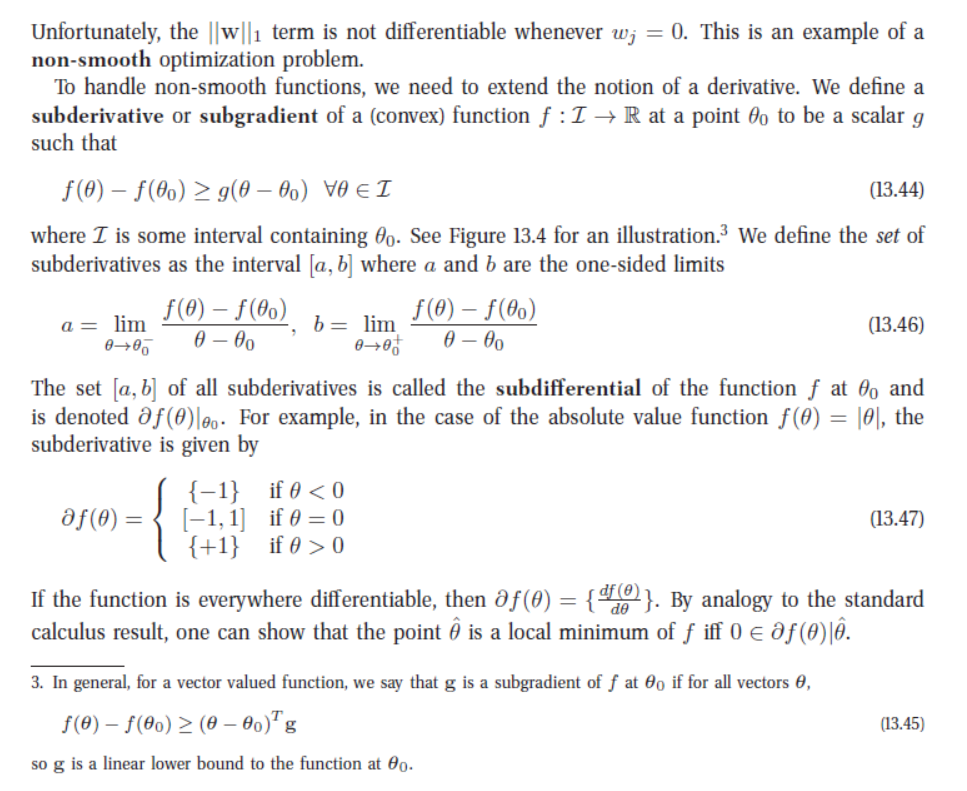 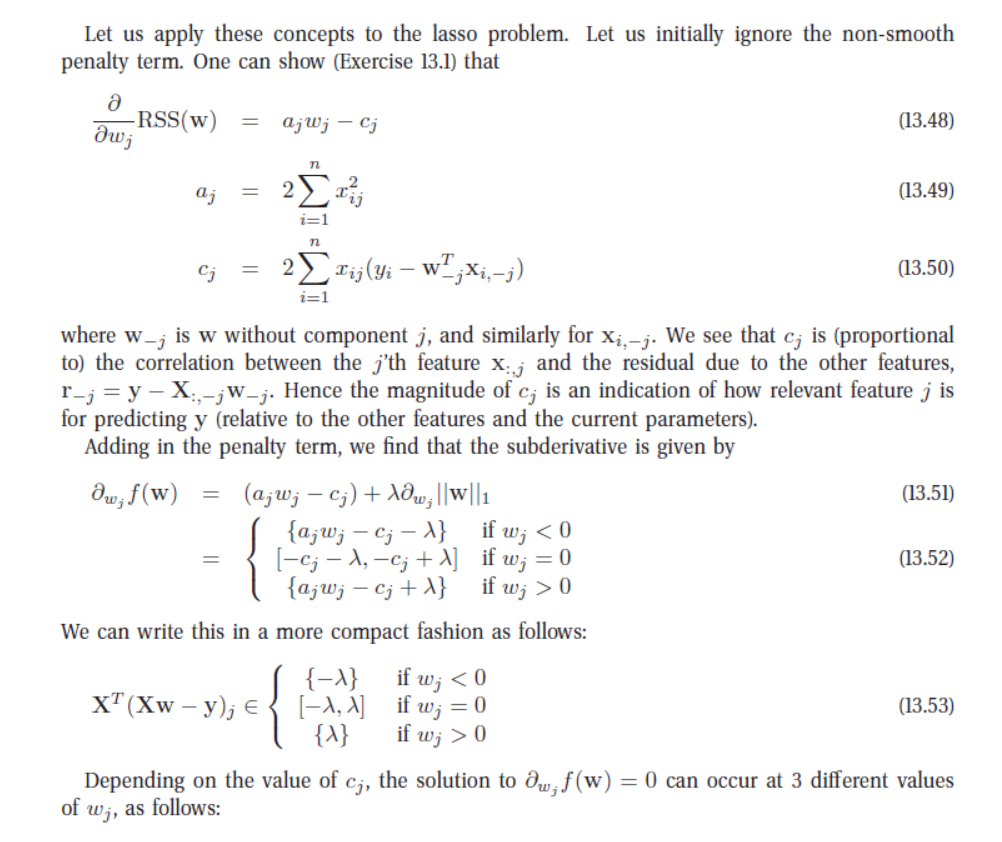 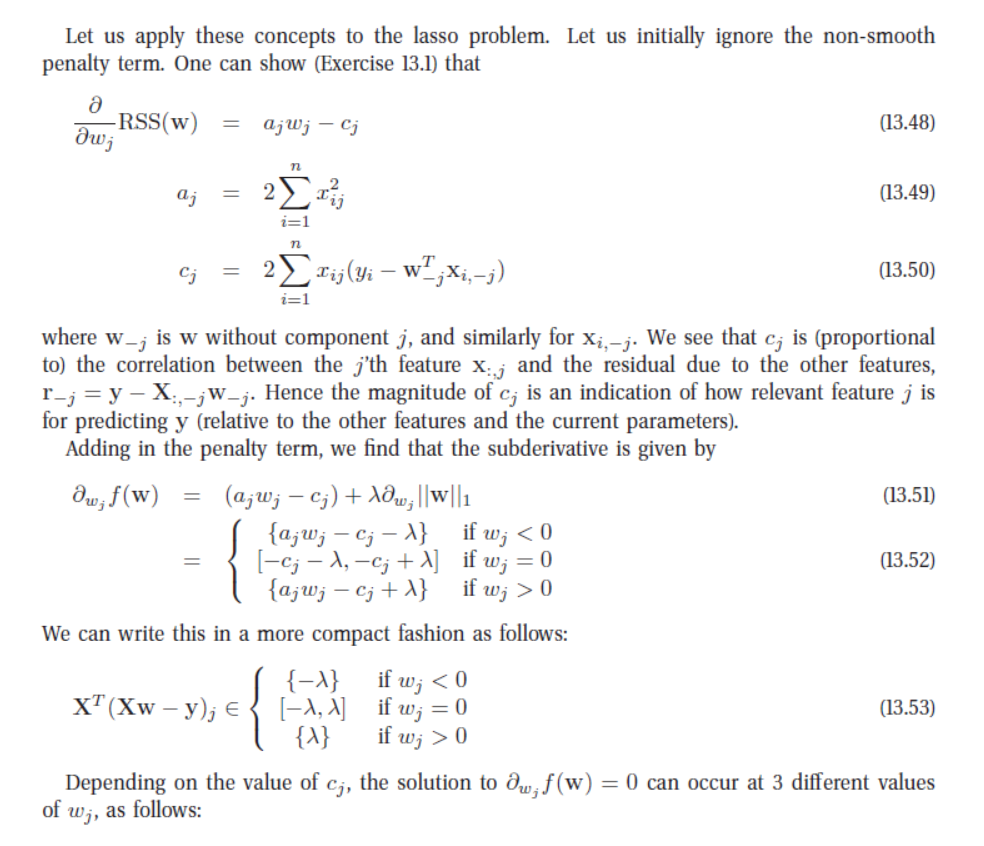 assumption: For convenience, let us assume that every estimator considered is unique. (If the estimators are not unique, all we've shown is that there exists at least one estimator that is sparse, which also answers the question.)

In light of this, we may be interested in knowing more about the possible sizes of the support of $\hat\beta_\lambda$ for $\lambda \in (0, \lambda_\max)$. In particular, we'll now answer whether it's true that for all $k \in \{0, 1, \dots, p\}$, there exists $\lambda$ so that $\mathrm{card} (\mathrm{supp} (\hat\beta_\lambda)) = k$. It turns out that the answer is (almost surely) yes! The best proof I can come up with relies on explicitly constructing the lasso solution. (If there's a better proof you know, please do comment!)

Not the answer you're looking for? Browse other questions tagged machine-learning regularization or ask your own question.

116
Why does the Lasso provide Variable Selection?
55
Why do we only see $L_1$ and $L_2$ regularization but not other norms?
8
Lasso and Ridge tuning parameter scope

1
I am having trouble understanding (and implementing) logistic regression for classifying into three classes
5
What is the geometric explanation for high variance = overfitting = bad generalization?
11
What is the "credit assignment" problem in Machine Learning and Deep Learning?
2
Books to read on ML after ESL (Elements of Statistical Learning)?
4
Reconstruction Error: Principal component analysis vs Probabilistic prinicpal component analysis
1
Use of Change of Variables (in probability distributions) in Machine Learning
3
Are there any mathematical reasons that describe why "sparse models" are desirable?