This table shows the number of stories reported by the New York Times on Afghanistan in which a US government official was quoted. 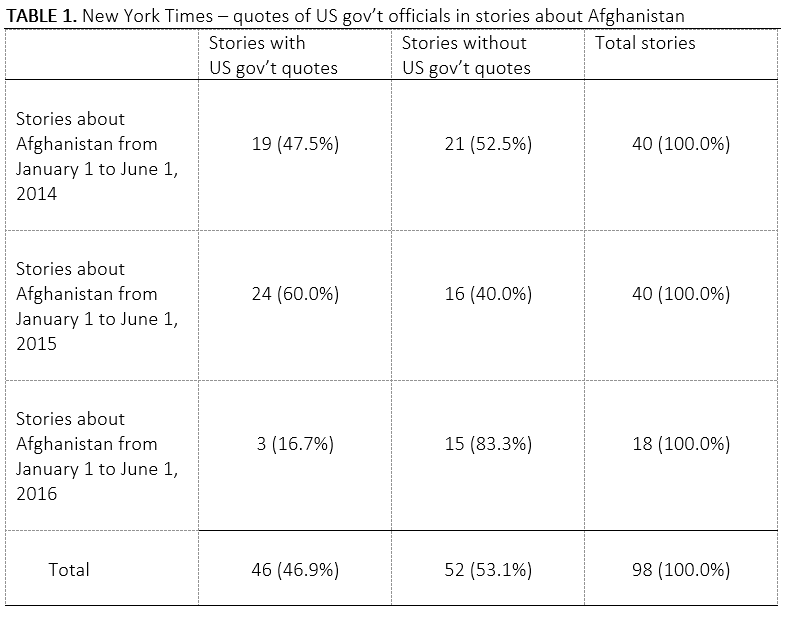 Would it be safe to simply say "overall, the New York Times quoted American government officials less than half of the time in its reports on Afghanistan during the three time periods"?

Or, should I (or could I even) also report a margin of error?

Thanks, in advance, for any suggestions or assistance!

Browse other questions tagged sampling inference survey polling or ask your own question.