What is next after a referee rejects an instrumental variable strategy?

I have a paper that just got rejected. It appears that my identification strategy is not sound enough. Below I describe the critique and seek some advice.

My sample is elderly aged 55 and over. The dependent is a health outcome. Two independent variables of interest are part-time (working less than 35 hours a week) and full-time work dummies, and hence the base is retired. Since health can affect work decisions (simultaneity), I take an IV approach. As instruments for working part-time and full-time, I use dummies indicating whether the individual has reached age 62 or 65 which are eligibility ages to receive early and normal social security benefits. I also consider age 70 for some reason I do not need to explain. I also consider the same eligibility ages for the partner with the argument being that partner's retirement status could affect the work decisions of the individual. Hence, in total I have six instruments. There is a literature analyzing the effects of retirement on health outcomes using eligibility ages as instruments for the retirement decision. In this literature the base outcome is working any number of hours. Hence, my idea is instead to differentiate between part-time and full-time work, and analyze their effects on health since working different number of hours could have different effects on health. Meanwhile, I also consider fixed effects as the data is panel, but this is irrelevant to discussion here.

The enclosed picture file presents the second stage results. The results show that the effect of part-time is much larger than the effect of full-time. But the referee points out a problem. Since both part-time and full time work are dummies, the larger are the first stage coefficients, and so the predicting power of the instruments, the smaller will be the IV coefficient (like in a Wald estimator). Therefore, it is almost mechanical to observe a larger estimated effect of working part-time on the health outcome because almost all instruments better predict the probability of working full-time than they do the probability of working part-time. In fact, a larger effect for part-time is observed for a couple of other health outcomes, supporting the referee's concern. 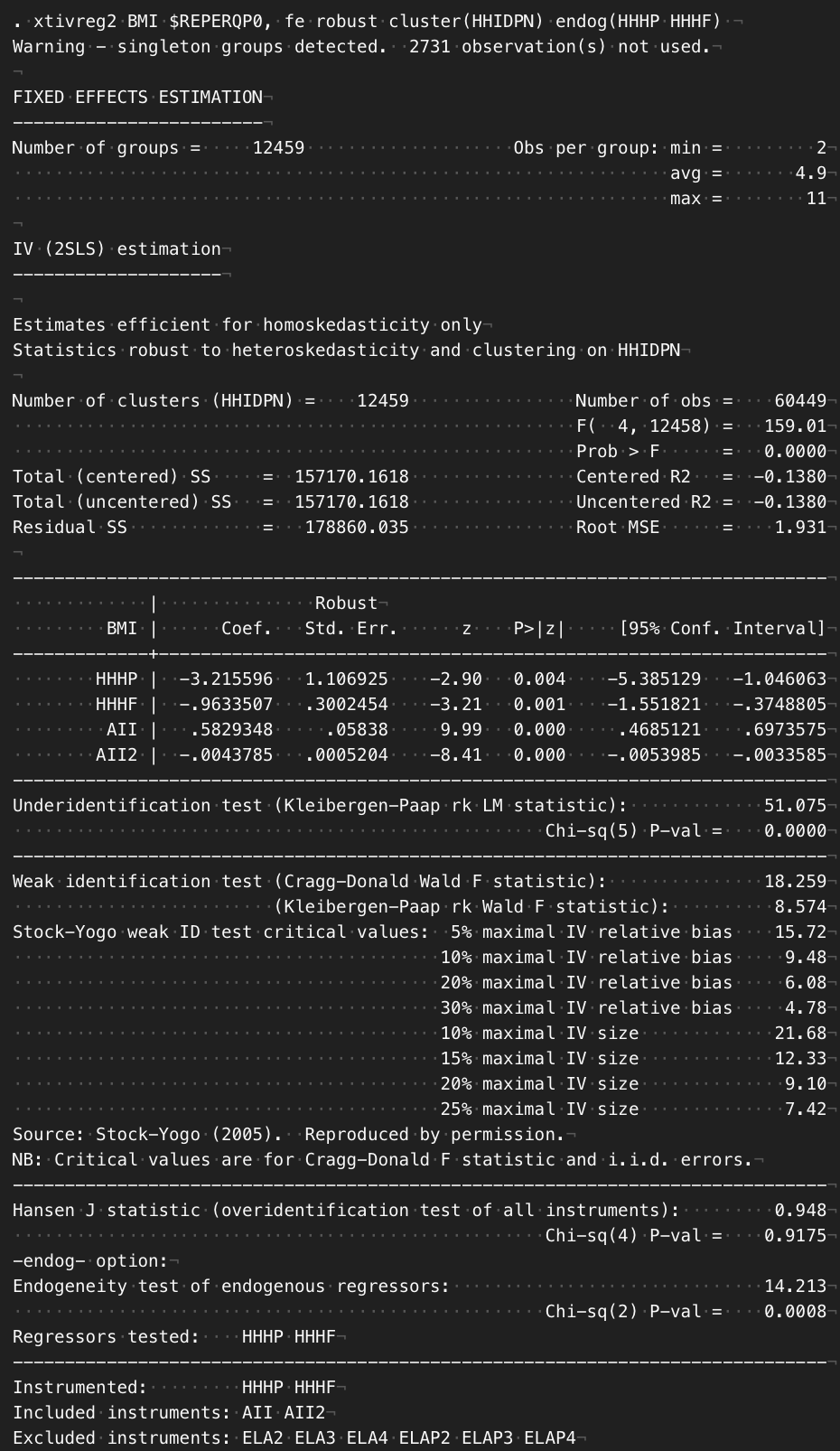 I do not fully understand your reviewer's point, but here are some thoughts...

Perhaps you need to restructure your argument to focus on (1) what you are trying to identify and (2) why your approach identifies it. This stuff about big versus small instruments seems tangential to me.

Not the answer you're looking for? Browse other questions tagged instrumental-variables identifiability or ask your own question.