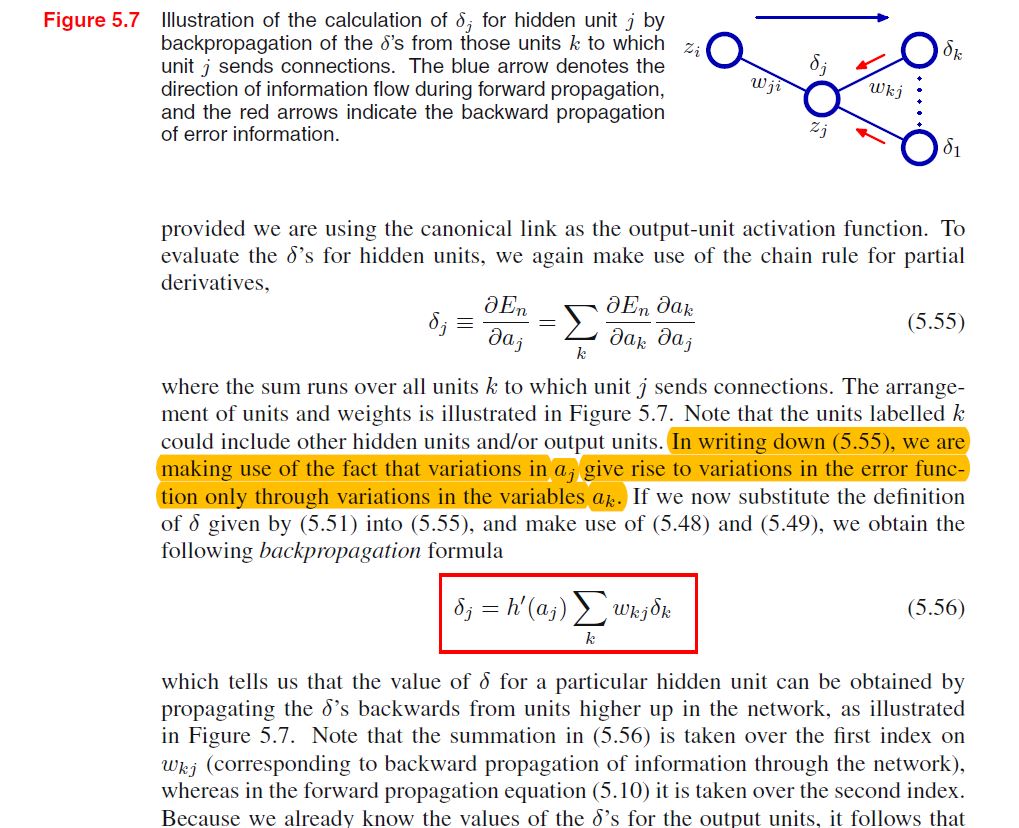 in which $j'$ runs through all nodes in the layer of $a_j$. As such

And thus I think the correct error backpropagation formula should be

And clearly, the $h'$ cannot be factored out of the summation operator, because for different $k$ it is evaluated at different points i.e. $\sum_{j'} w_{j'\to k}a_{j'}$ clearly dependent on $k$. (And in fact they don't depend on $j$, which the notation in PRML incorrectly indicates.)

PS: In PRML, one layer of neurals is defined as a linear map composed by a (elementwise) nonlinear activation function when we treat one layer of nodes as entries of a vector.

It seems a very common misconception about the definition of activation ($a_j$) in neural networks.

Not the answer you're looking for? Browse other questions tagged machine-learning neural-networks backpropagation error-propagation or ask your own question.

5
In neural network literature, which one is activation?