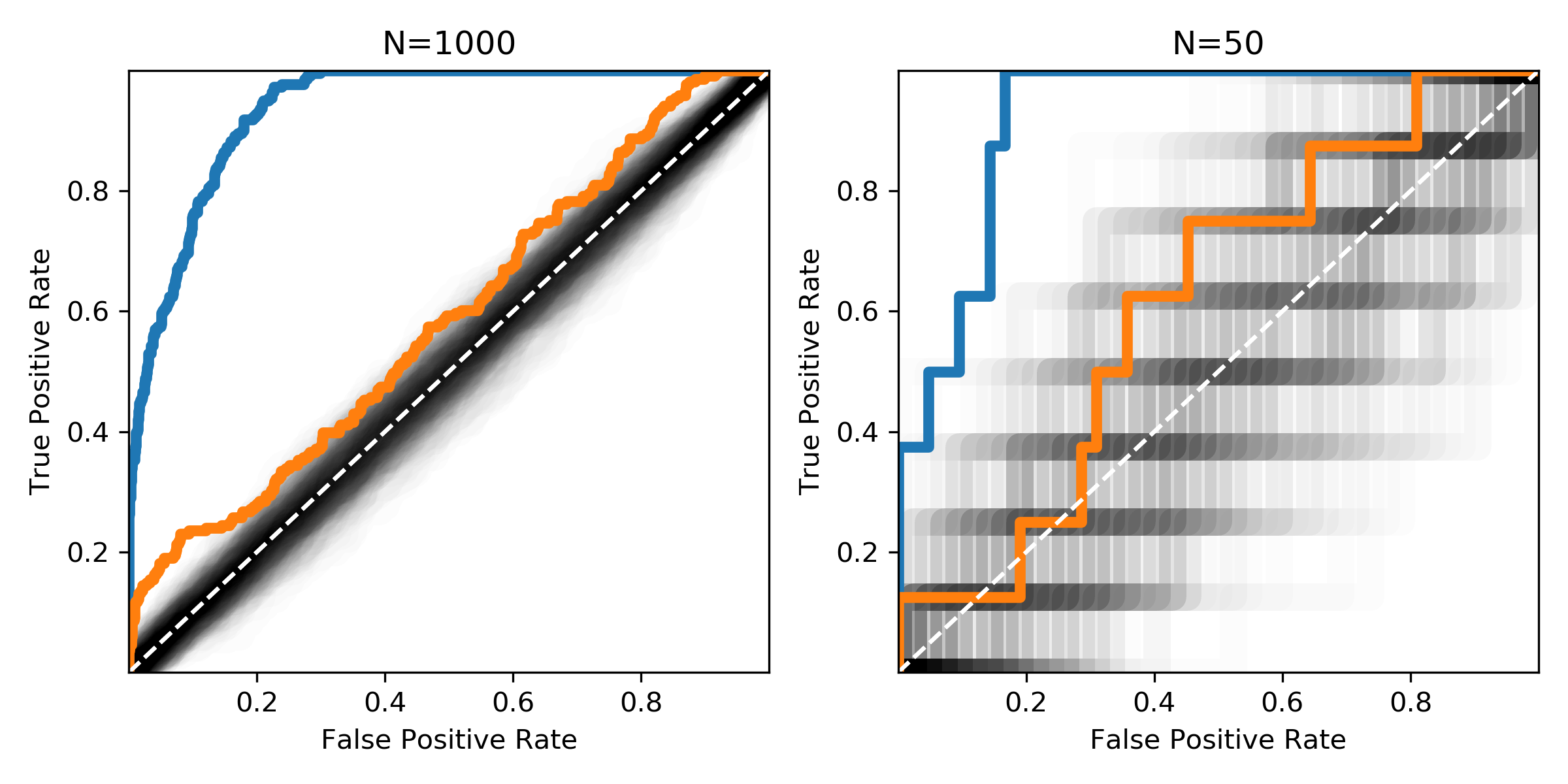 11
Evaluation of classifiers: learning curves vs ROC curves
1
Did I understand ROC curves correctly?
1
ROC Curves for different classifiers
3
ROC curve under diagonal?
1
ROC curves: can a cut-point (cut-off) be "useful", or is it a term reserved to parameters only?
6
Is a pair of threshold-specific points on two ROC curves sufficient to rank classifiers by expected loss?