I have a list of numbers and I am trying to detect a drastic point difference from the previous numbers and see if the pattern has changed. For instance,

You describe a circumstance in which spending might vary around a constant level (under the null hypothesis) or change suddenly to vary around a second level at some point during the series. One way to measure this is to compare the variance in spending under the two models. In the first case it would be the mean squared difference between spending and the overall average. In the second case, the differences would be relative to the two levels of spending for the best possible model: that is, among all possible points where the series could break, choose the one where the magnitude of the effect is largest. Let's call the resulting mean squared difference the "two-level variance." 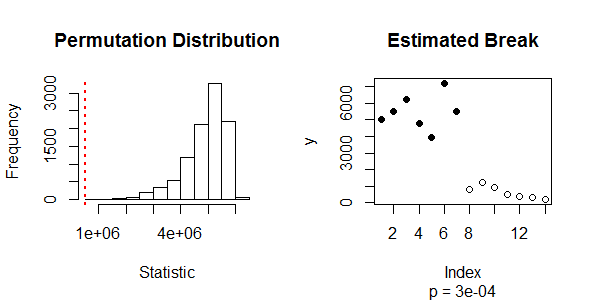 The plot at the right shows the (obvious) break where the symbols change between indexes 7 and 8.

Here is R code to reproduce (or extend) these calculations. It requires about one second to compute ten thousand values of the permutation distribution--more than enough for practical work. (The computation of the test statistic can be optimized and made to scale directly with the amount of data.)

You could use a sequential t-test as described at the link below and implemented in Visual Basic for Application (Excel). 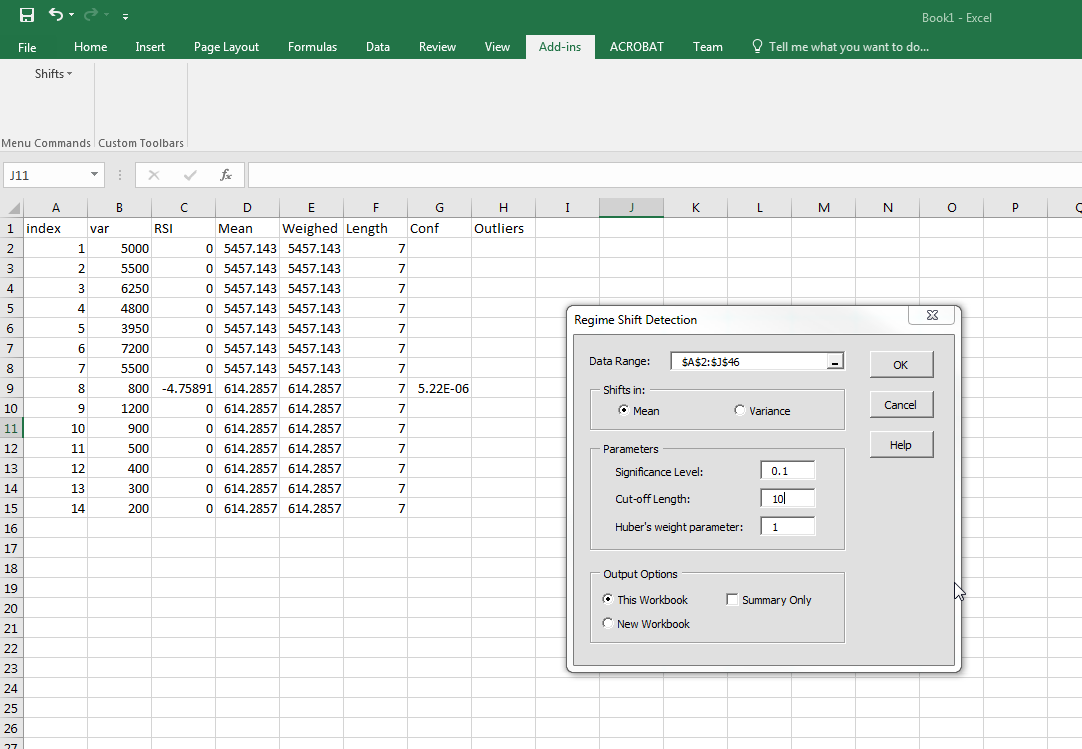 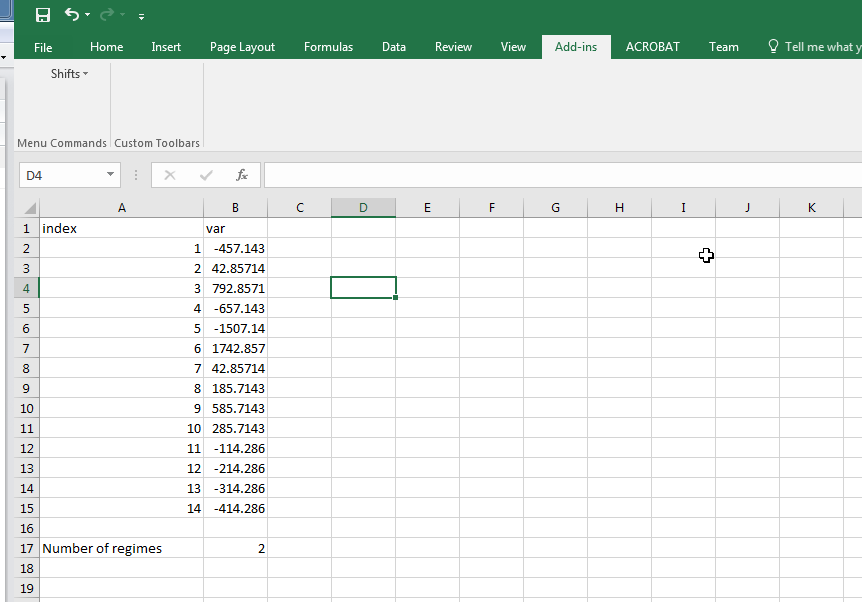 You could consider k-means clustering. 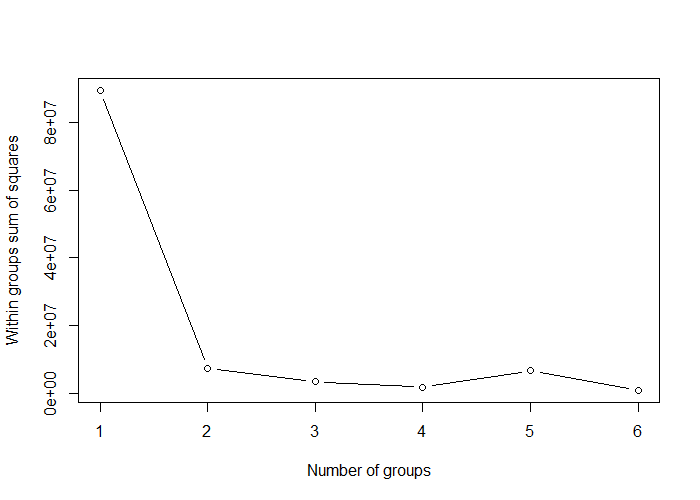 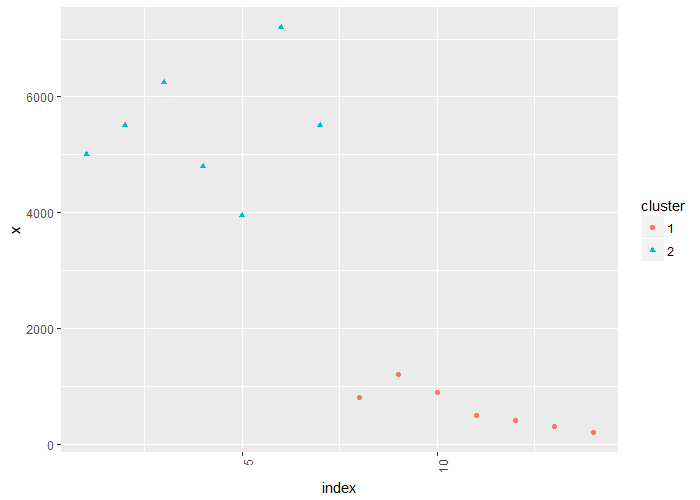 Here are results using Autobox (I am affiliated with this company). An outlier was detected at period 6 and a level shift down 4,635 at period 8.

When running the tso() package it also confirms these results. 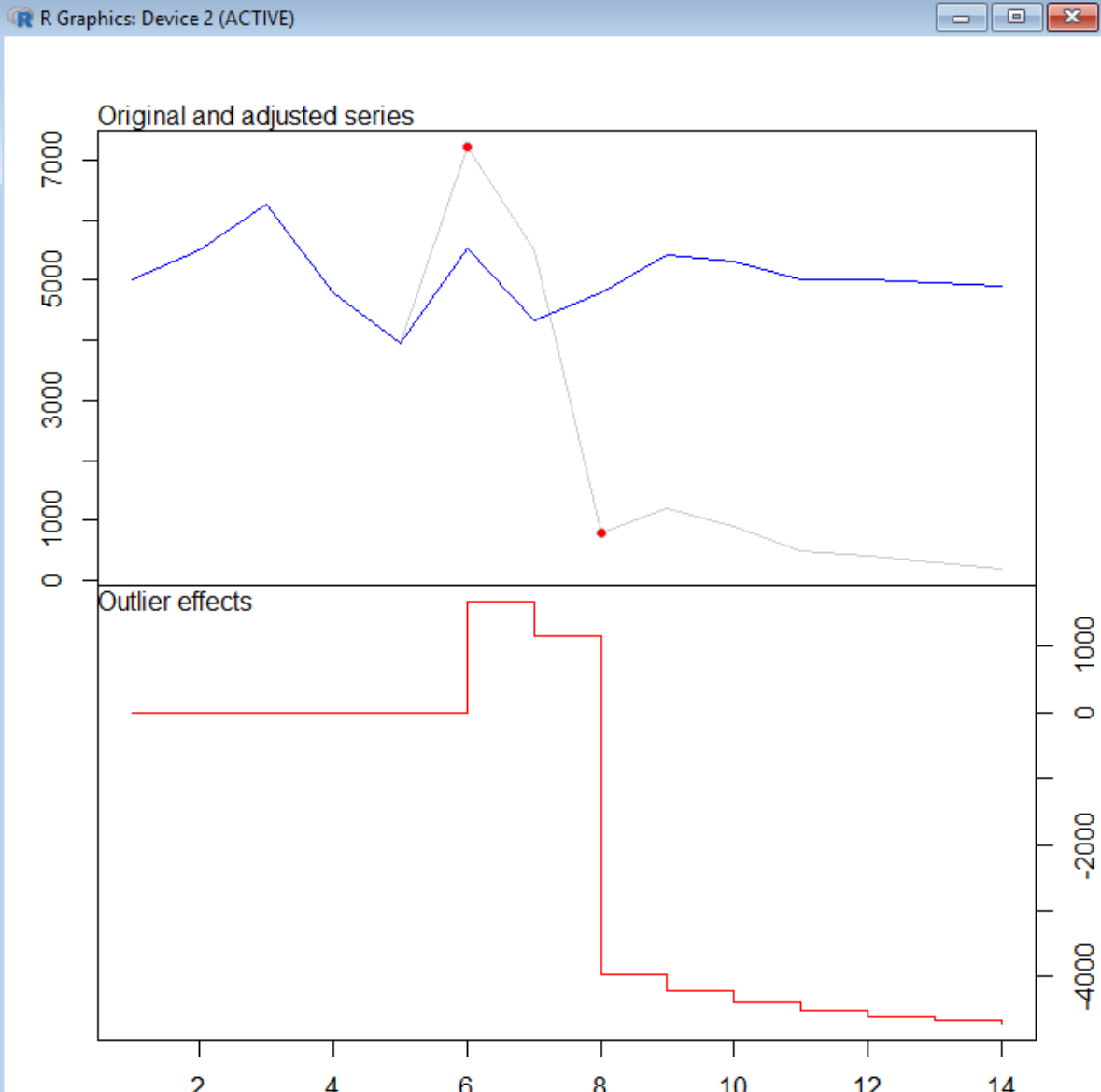 Not the answer you're looking for? Browse other questions tagged machine-learning time-series outliers pattern-recognition anomaly-detection or ask your own question.

17
Test whether variables follow the same distribution
15
How can I group numerical data into naturally forming “brackets”? (e.g. income)

5
Developing a statistical test to ascertain better “fit”
4
lifetime of fraud detection models
0
Finding change in spending habits
0
Is this an unsupervised pattern recognition problem?
3
PCA: How can the first principal component both maximize variance AND define the line that most closely fits the data?