-But - in his proposal, my friend first hypothesized that Variables B and C will predict CHANGE in Variable D from baseline to follow-up. Which would be (if 2 = follow-up and 1 = baseline):

-Then he reiterated elsewhere that he would conduct a regression to assess if CHANGES in "B and C" are related to CHANGES in D. Which would be

-And then later, he proposed that he would regress follow-up Variable D scores on baseline Variable D scores, controlling for residual change in B and C. Which would be (if I understand it):

Or perhaps it would be?

These seem to me like four totally different models, and they all seem different from what he wants to assess (showing that change in B and C explain why the intervention improves D).

I see this as a path analysis problem given the presence of more than one potential mediator, if I understand you correctly that is. Using the variables you describe, you would include D1 scores as a covariate and set the model up as follows: 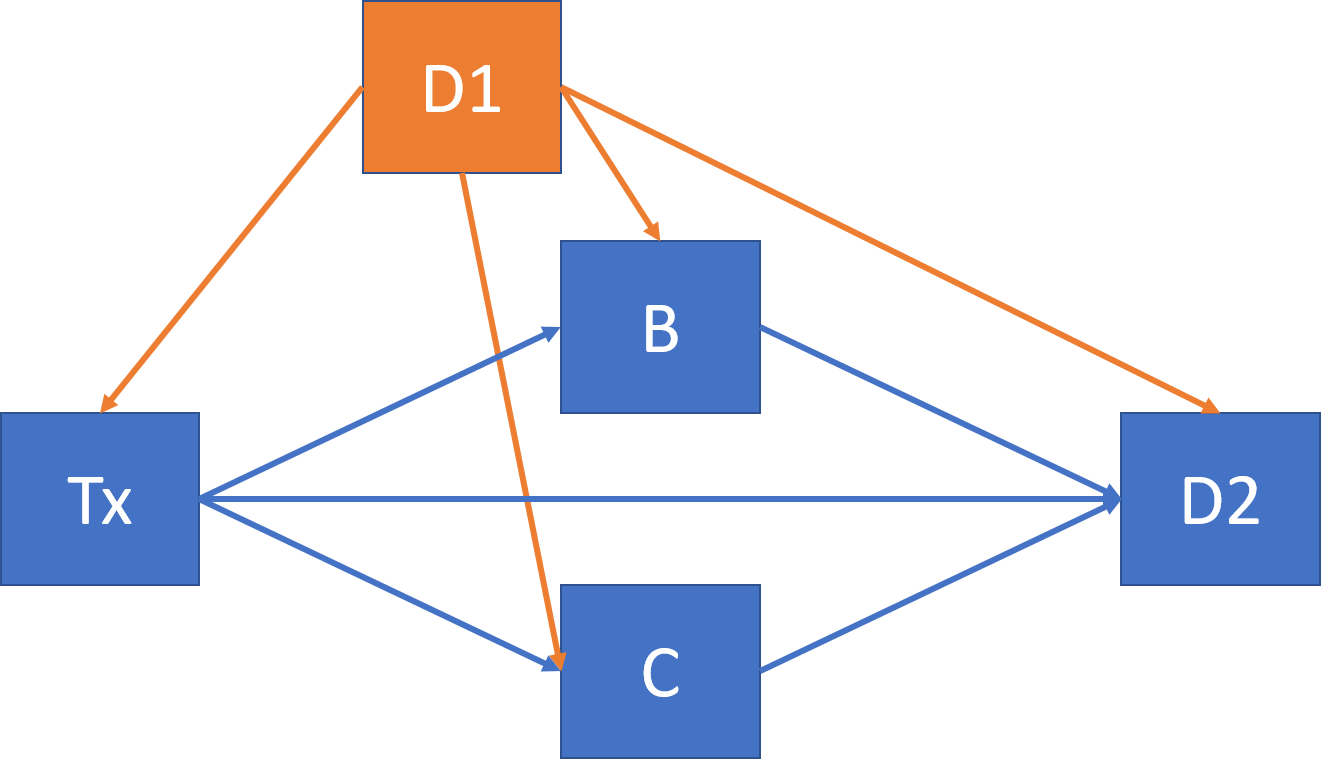 Note that I have omitted error variances in the model for those familiar with SEM path diagrams just for simplicity's sake.

The e's are generic placeholders for the error terms associated with each variable. A number of stats programs can handle this setup, with your primary interest being potentially the indirect effect of Treatment (Tx) through B (and C) on time 2 scores, controlling for time 1 scores. Relevant programs include Mplus, AMOS, LISREL, R (lavaan package), and EQS. There may be others, but those are the ones I am familiar with. In each case you will have to do some extra work to setup your tests of indirect effects, but it will differ from program to program exactly how you have to go about doing so.

This update is designed to reflect the comment below that it is changes in B and C as a function of treatment that are hypothesized to drive change in D. The approach I would advocate in this circumstance is to use a mediation model built on latent change scores.

First a simple example of a latent change score. In this case several values are constrained to ensure that all of the change (and variance in change) is linked to the latent variable. 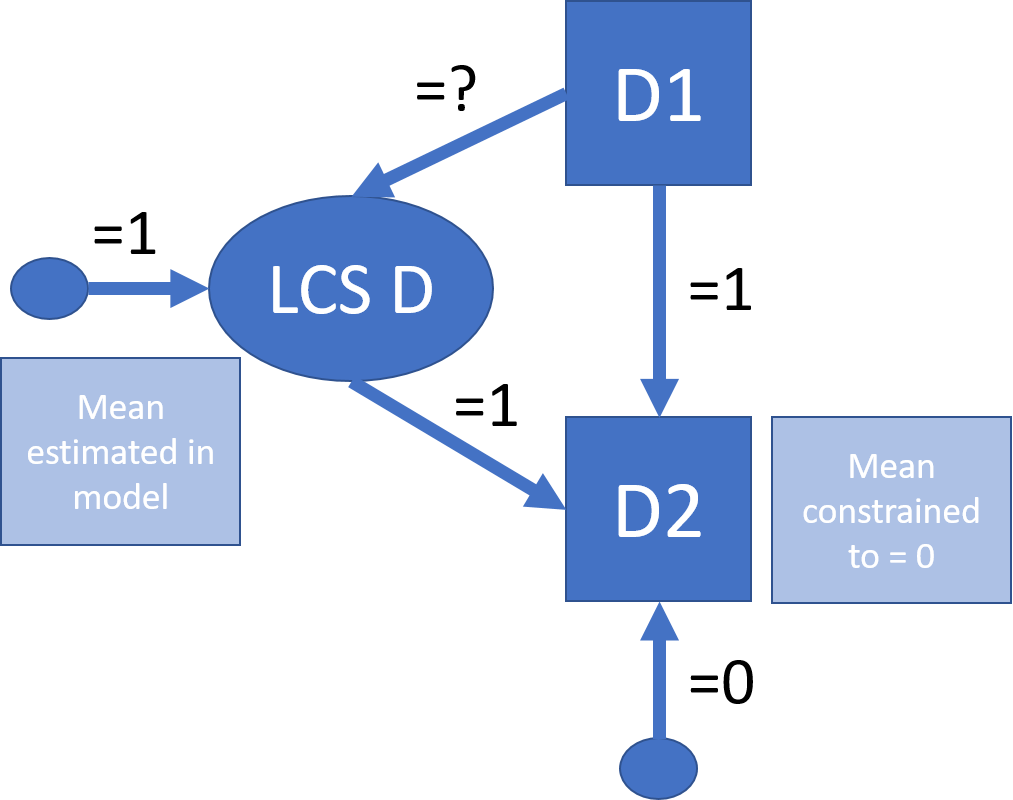 You would repeat the same specification to create latent change scores for variables B and C. Then add treatment as a predictor in the model similar to the blue portion of the first image I created (above).

Alternatively, you could specify the same model as a multi-group mediation model. In any case, this would allow you to look at change in B and/or C as potential mediators of the relation between treatment group and change in D.

Not the answer you're looking for? Browse other questions tagged regression multiple-regression repeated-measures mediation change-scores or ask your own question.