Do statistical tests require a normal distribution in the sample or in the population?

Certaint tests, such as the t-test, require a normal distribution. Yet I have never quite understood what exactly has to be normally distributed.

Let's use age as an example. Age is rarely normally distributed in the population:

Yet, in a specific sample age might very well appear normally distributed. Here is an example from a recent study: 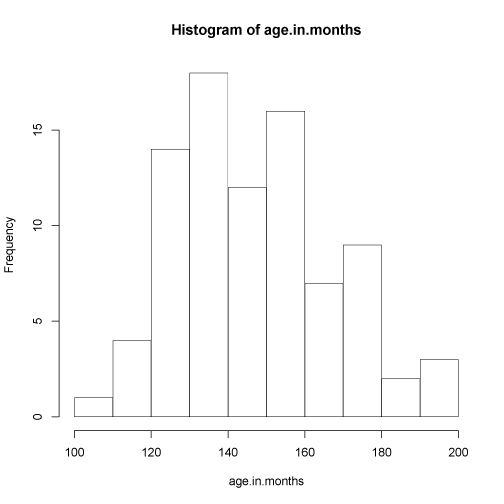 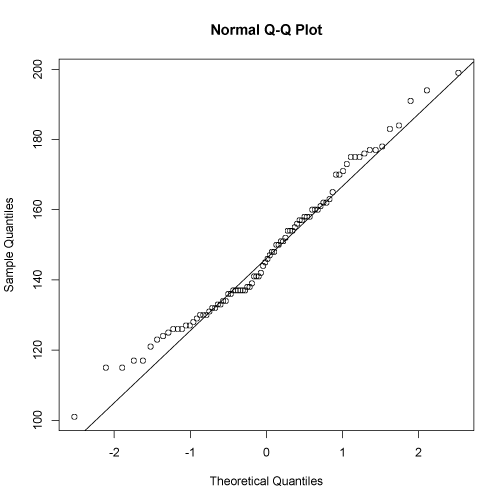 In this sample, age appears to be borderline normally distributed.

As I see it, the (almost) normal distribution of age in the example sample is merely an artifact of the sampling. We wanted participants to be within a certain age range, and the limits we have set may have caused a drop in participant numbers close to the edges of that range.

A random sample $X_1,X_2,\dots, X_n$ is understood as a collection of independent observations of one (population) variable $X$ which all share the same distribution $F$ (i.e. $N(\mu,\sigma^2)$).

This assumption may be quite intuitive ("hey it's a random sample, why should the distributions differ?!") and is in fact needed to draw more general conclusions from the sample level to the population level.

This is not what you want. Hence it's naturally to assume that $X_1,X_2,\dots, X_n$ are a sample of $X$ and as such follow the same distribution as $X$.

However, as mkt already pointed out, the special case of a $t$-Test could be interepreted that you are per se not interested in the whole distribution of $X$, but only interested in the population mean $E(X)$.

To be more concrete: in the $t$-Test, the assumption that $X_1, X_2, \dots, X_n$ are i.i.d. $N(\mu,\sigma^2)$ is crucial (while in order to draw conclusions from the sample to the population, for the population variable $X$ we only would have to assume that $E(X)=\mu$, which is much weaker than assuming a whole distribution.). Indeed, if the sample is not normal distributed, the distribution of the test-statistic $$t= \sqrt{n}\frac{\overline{X}-\mu_0}{s}$$ would not follow a $t(n-1)$ distribution (given the hypothesis $\mu = E(X) = \mu_0$ is true) and it would be quite hard to derive the exact distribution of the test statistic given the sample.

You may, like you have done, still test for it and a test may in fact let you conclude that the sample is normal distributed, but this conclusion will be clearly the result of an error you are doing with statistical testing:

There are two types of errors you can do in statistical testing. Suppose you assume that the population distribution is given by $F$ (for example normal distribution).

While testing you can control Type-A error (it's the level of significance) but typically you can not control the Type-B error (you would have to know the exact distribution for it.)

In your example you are clearly doing a Type-B error.

Coming back to the $t$-test:

However if we are willing to assume $X_1,X2, \dots, X_n$ share the same distribution $F$ (whatever it may look like) with $E(X_i^2)<\infty$, we then may apply a central limit theorem and as a result may conclude that $t$ is approximately $N(0,1)$ distributed - regardless of the the underlying distribution of the sample/population.

This is the feasible version of the $t$-test, since the distribution of $X$ (and hence of each of the sample variables) will in practice never be exact normal distributed.

Of course, we then have to face an approximation error when calculating $p$-values but this error will be negligible provided the sample size is large enough (a rule of thumb is: $n>30$). On the other hand, for small sample sizes it will better to perform a nonparametric test.

5
How to test for normality of growth disturbances in chemo treatment?
36
Normality of dependent variable = normality of residuals?
9
Question about normality assumption of t-test
0
Do I have to test normality for both groups when comparing from a single population?
0
Bootstrapping an independent samples t-test
1
Assumption of Normality