Why resample by centering vs. the sample estimate, not null parameter value?

In a classic paper on conducting bootstrapped hypothesis tests, Hall & Wilson (1991) present the following guideline, which I am trying to understand: 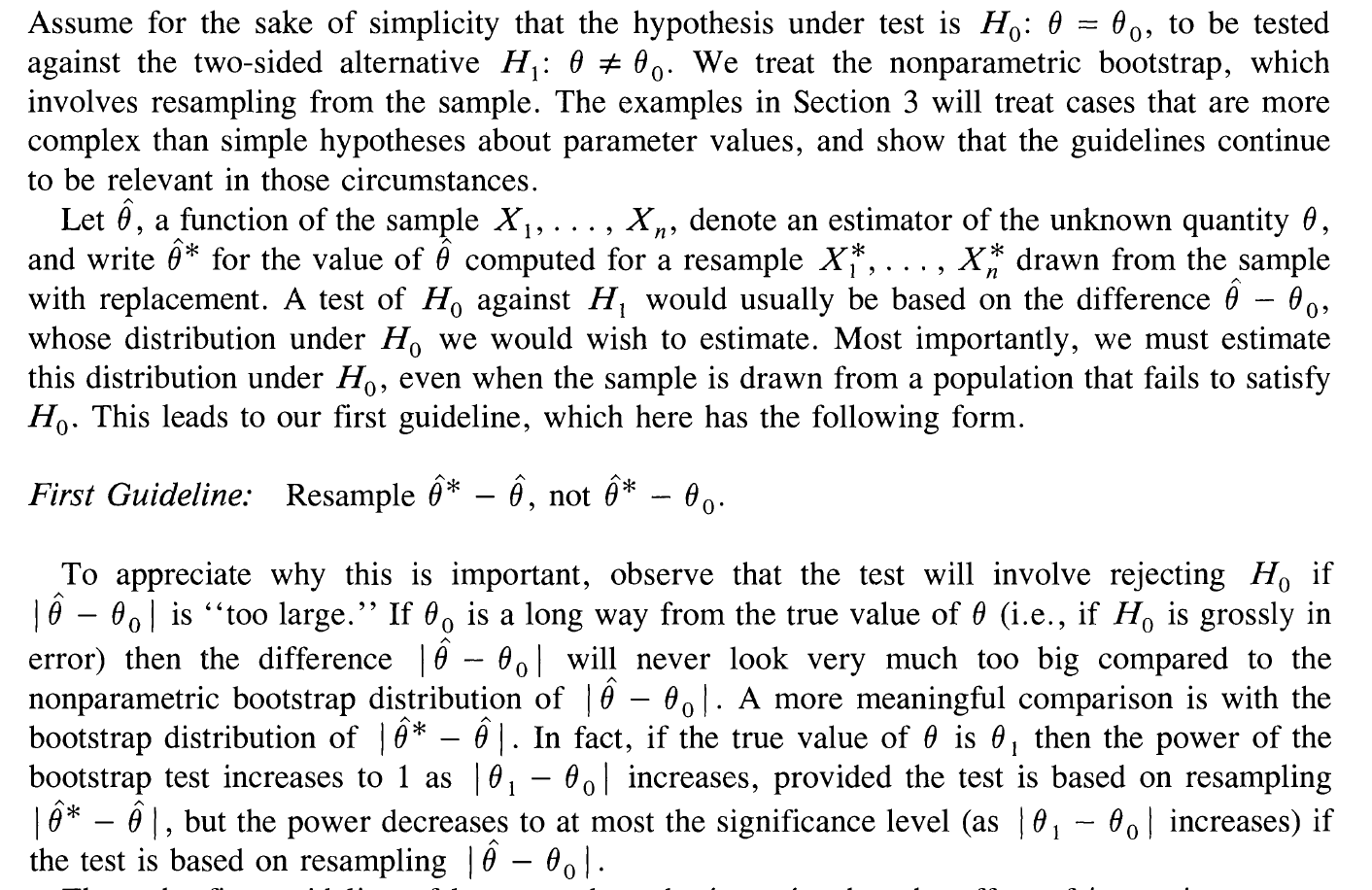 Not the answer you're looking for? Browse other questions tagged bootstrap resampling or ask your own question.

14
Why the data should be resampled under null hypothesis in bootstrap hypothesis testing?

2
Bootstrap distribution of a breakpoint not centered around its parameter estimate
13
Is centering needed when bootstrapping the sample mean?
14
Why the data should be resampled under null hypothesis in bootstrap hypothesis testing?
25
Using bootstrap under H0 to perform a test for the difference of two means: replacement within the groups or within the pooled sample
10
Why do hypothesis tests on resampled datasets reject the null too often?
7
Why is bootstrapping p-values not just finding the null in the bootstrap samples?
1
Why Bootstrap CI is not recommended when Point estimate of proportion is 100% or 0%?