I have been using a neural network to classify an object as either 'good' or 'defective' (2 classes). It seems to be doing a decent job of it except in certain unforeseen/unexpected scenarios. 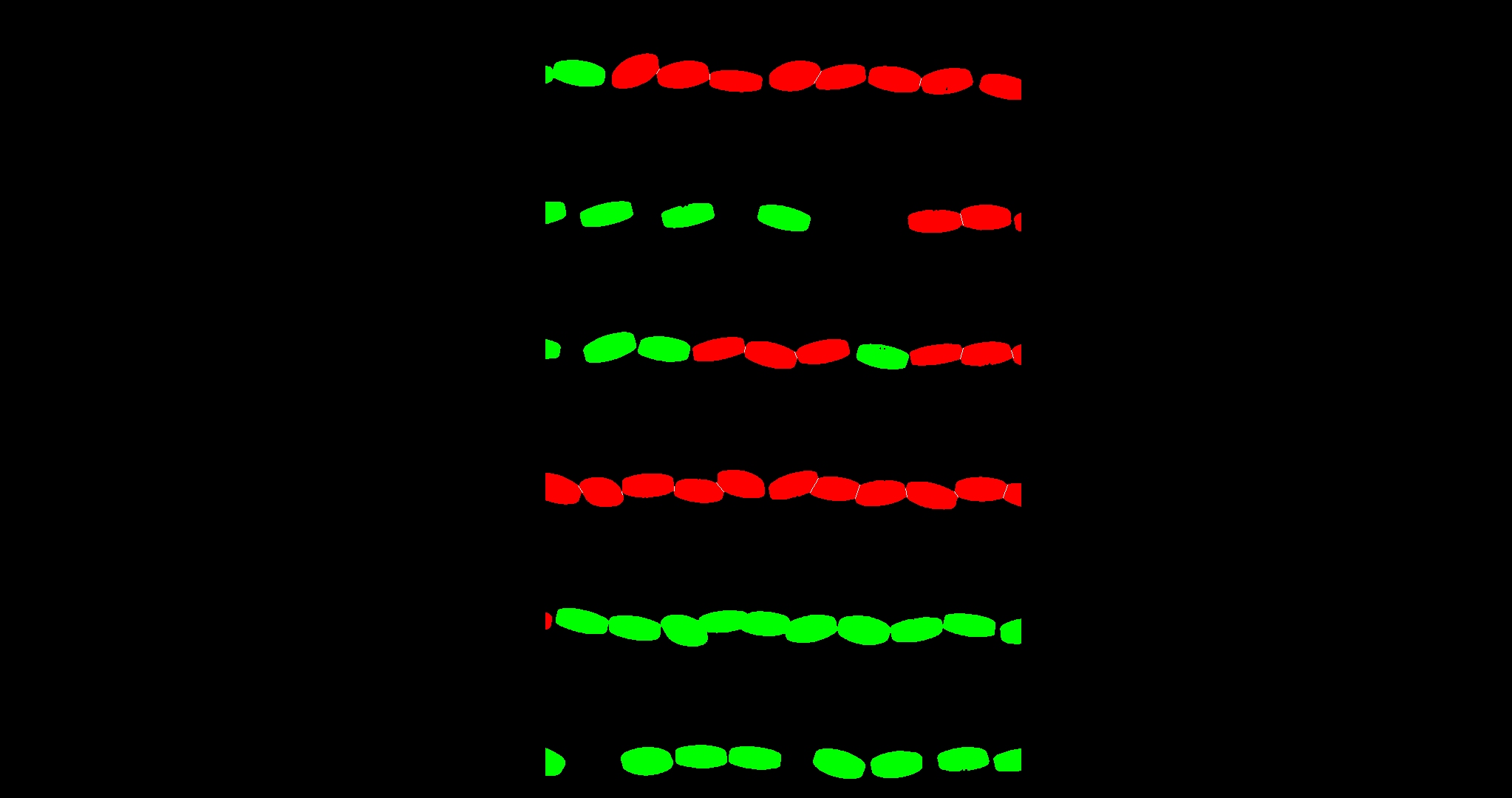 For example, in the above image, 'good' objects are shown in green, and the 'defective' ones are in Red. The second last row has a large object formed by the merger of many objects. Ideally, it should be 'Red', instead the trained network classifies it as 'Good (Green)'. The reason is that such an object was never seen during the training phase. Also, see the left most object in the first row from the top. It should also be 'Red'; but, because it has features never seen during the training, the network classifies it as 'good'. This has been a general trend so far where all such unknown shapes are classified as 'good' with very high classification score.

Now, there could be many such unexpected scenarios with unnatural shapes (see image below).

so, it is not possible to create a training set to train a network. I would instead like to create a network where such unknown shapes would by default be classified to 'defective (Red)' category, or to any other fixed class category of my choice.

I use binary objects for training, so the features are statistical in nature (area, diameter, form factor, convexity etc..). Any suggestions as to how can I accomplish this?

Neural networks learn from data and are able to generalize to examples which are new yet similar in some form. Hence, if you have something completely different and never seen before, the network will not be able to classify it correctly.

One thing that you could do is move the decision threshold for your classes, for example instead of class good being over 0.5 you move it to 0.7. This way only objects which you are more certain are good are classified as such, all other objects are classified as bad.

To decide the best place for your decision threshold you should look at the ROC curves for your classifier, and choose the compromise between the False Positive Rate (FPR) and True Positive Rate (TPR) that best fits your particular problem.

Not the answer you're looking for? Browse other questions tagged machine-learning classification neural-networks supervised-learning or ask your own question.

7
Questions about variable selection for classification, and different classification techniques
51
Understanding Naive Bayes
0
type of image to create a dataset for image recognition using convolution neural network
23
Training a neural network for regression always predicts the mean
1
Step-by-step construction of an RBF neural network
1
Cross-entropy yields strange results when neural network gets too sure about his outputs
0
Determine clusters for the encodings of a Siamese Neural Network
1
Deep Learning Framework that is *not* translation invariant