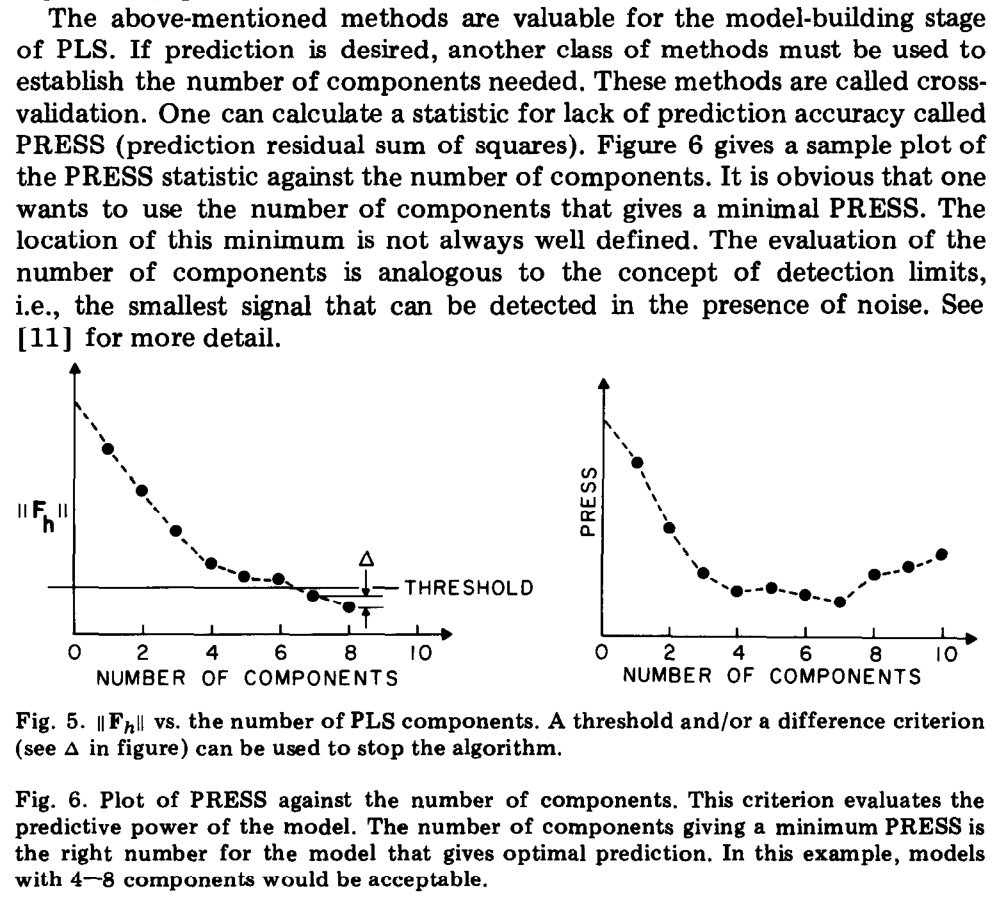 12
Why do all the PLS components together explain only a part of the variance of the original data?
3
Choosing the number of PLSR components