My data (see image below) is positively skewed and contains both positive and negative values. I'd like to transform it to achieve normality so I can apply a repeated measures ANOVA, but can't find a technique that works.

My supervisor suggests I should stick with the outlier removal though the data is still visibly skewed, and 'see what the reviewers suggest' but I just wanted to check here in case there was anything I was missing. 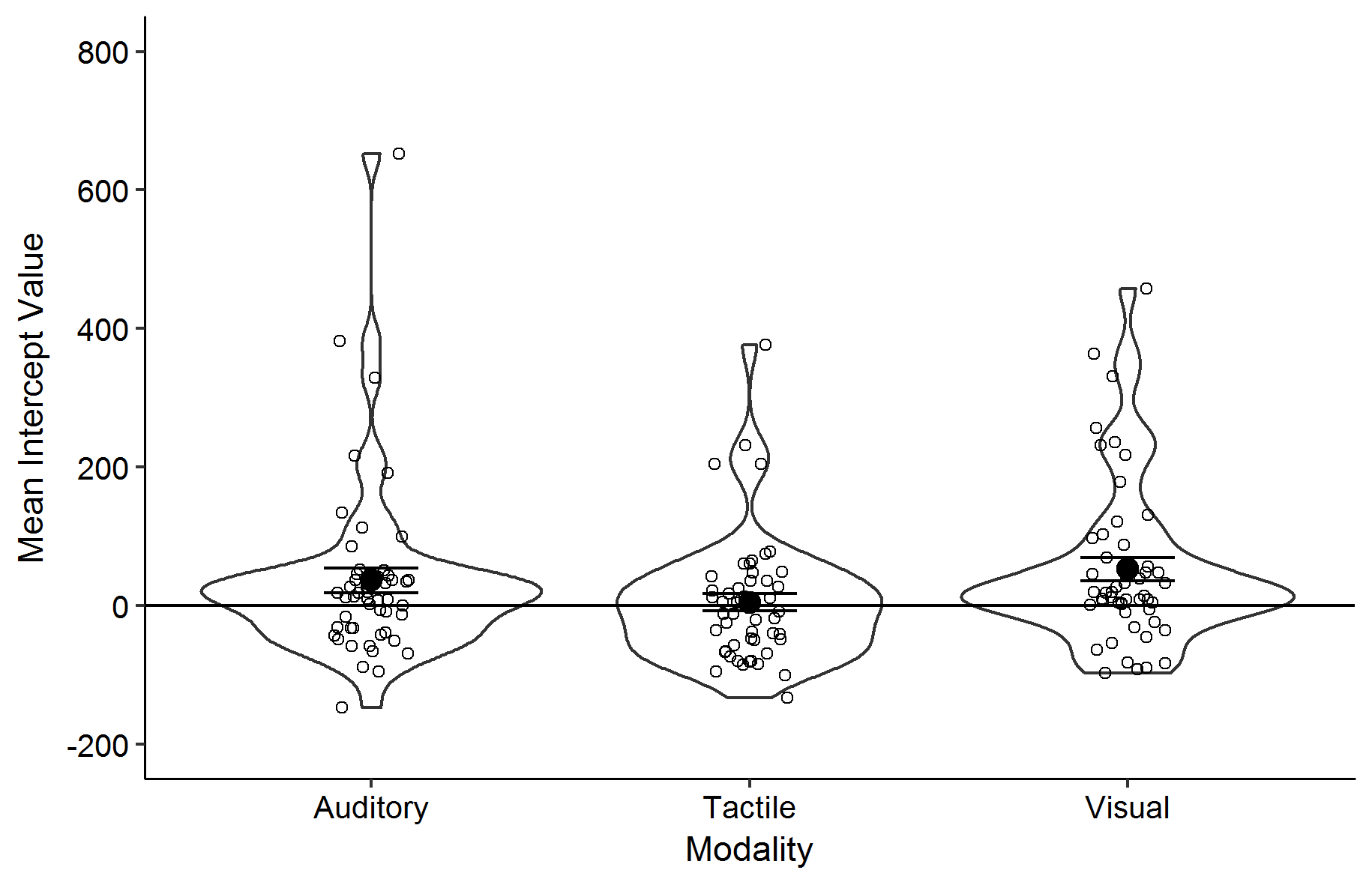 With outliers (2.5 SD) replaced with the value at that criterion. I later decided to just exclude the outliers, so imagine the highlight data points in each condition removed. 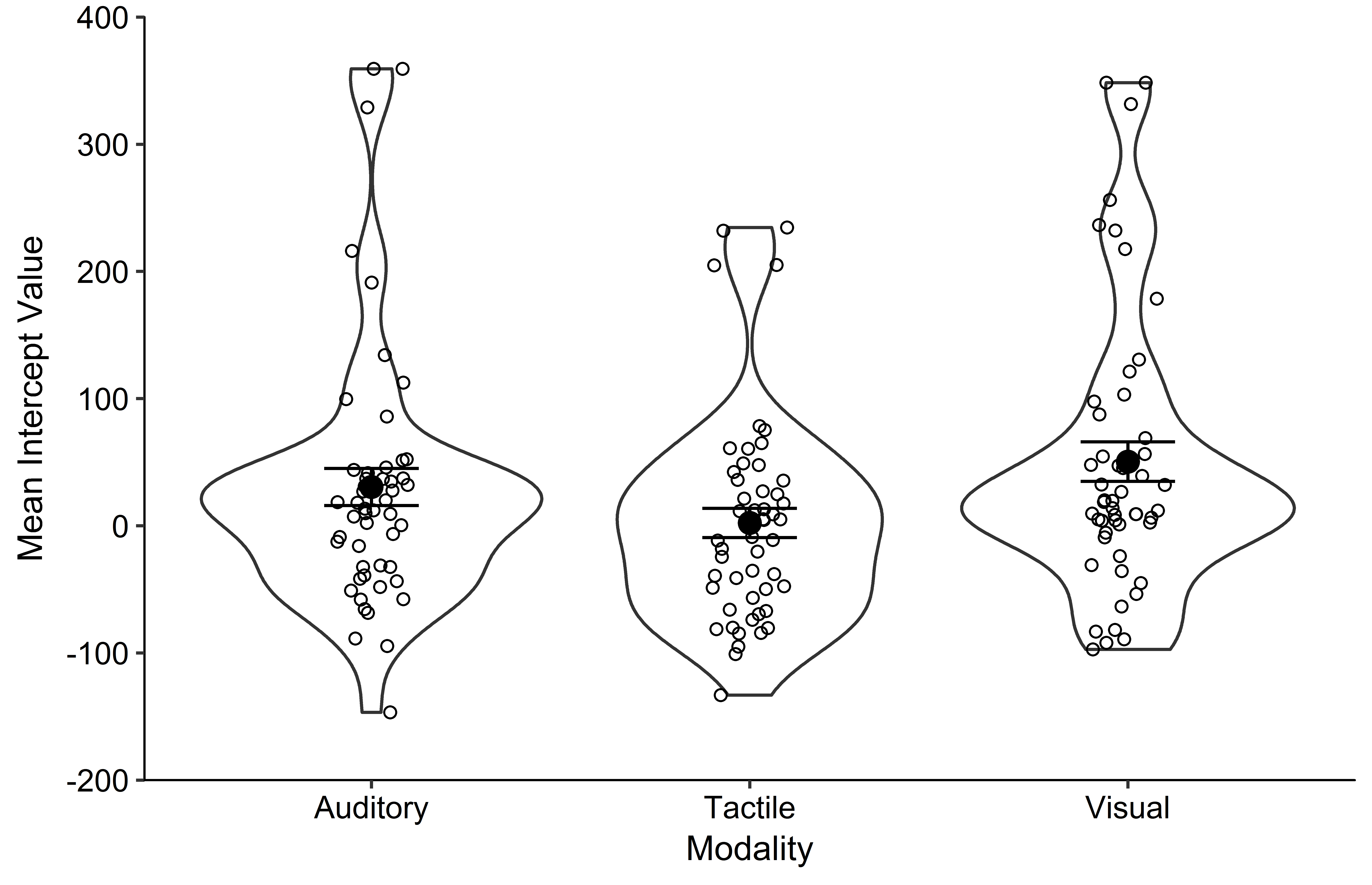 Preserving the order of values and preserving their signs too are both important in almost all transformations. Unless the zero point of measurement is arbitrary, the distinction between positive and negative values is qualitatively as well as quantitatively important and should be kept to ease scientific and substantive interpretation.

There is some hint here of firing a shotgun to see if you manage to hit the target somehow.

I'd be immensely more concerned with whether transformation makes the data closer to (or further away from) additivity and equal variability, more important ideal conditions. Some disciplines practise paranoia at anything with the slightest whiff of non-normality (and also neglect more important issues).

What I can think can be ruled out absolutely are

What remains plausible so far as I can see:

I'd add cube root transformation as respecting sign too. More on that here.

Just to illustrate the real (or apparent) problems I simulated a skewed distribution which has approximately the same range as your raw intercepts. (The details of the forgery should not be important, but I drew from a beta distribution with shape parameters 1 and 3 and shifted and stretched to get limits about $-$150, 620.) 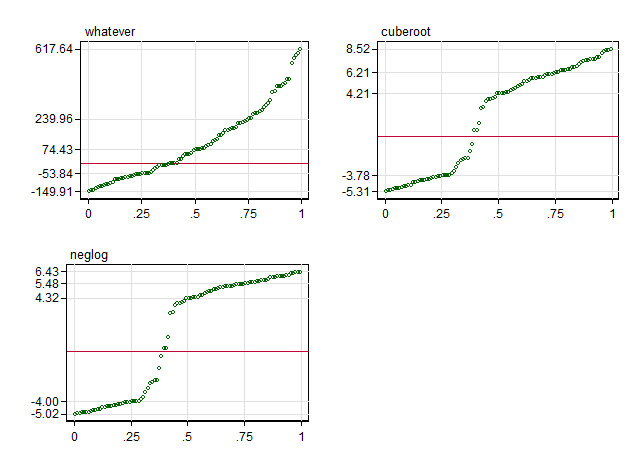 I see no reason to suppose that the gain of #1 is outweighed by the shape change of #2. Indeed, large intercepts of either sign seem likely to have large standard errors and each transformation may help in that respect.

The key point is that it doesn't seem out of order to use mean-based summaries such as ANOVA on data like these, with or even without transformation. A generalised linear model with appropriate link is a good way to proceed, although you may have to write some extra code.

The five points labelled on each vertical axis are the maximum, upper quartile, median, lower quartile and minimum in each case. As grid lines are also provided for cumulative probabilities 0(0.25)1, it is possible to trace quartile-based boxes such as would appear on a conventional box plot.

EDIT 2: Thanks for posting a copy of your data. 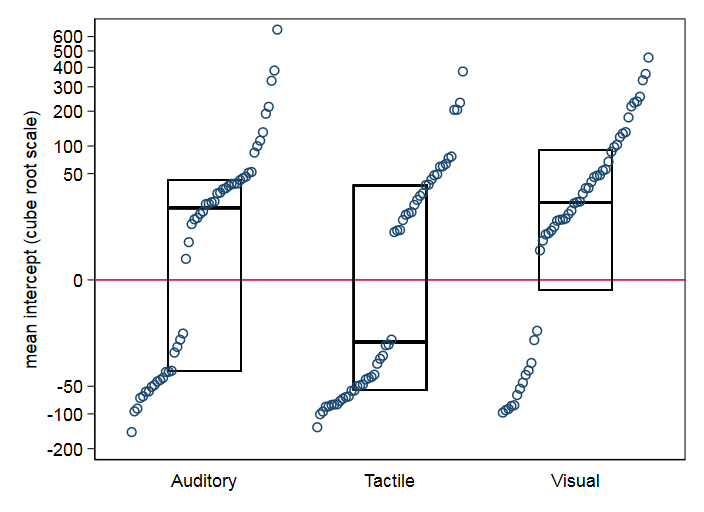 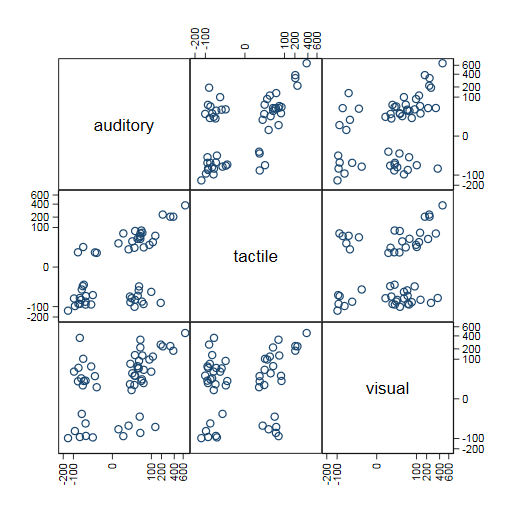 General hint on graphing: As is common with logarithmic scales, I'd advise that you label axes with numbers on your original scale, to help make clear where the transformation stretches and squeezes.

Disclaimer: I have no expertise in your field and cannot advise on scientific interpretation.

Not the answer you're looking for? Browse other questions tagged nonparametric normality-assumption skewness transform or ask your own question.