I am playing with dropout since all state of the art results in machine learning seem to be using it (for example, see here). I am familiar with all the guidelines (train longer, increase capacity of the model, use higher learning rates), but still cannot see it working. I've tried several different examples: CNN for IMDB, CNN for MNIST, MLP for MNIST, MLP for IRIS, and turning off dropout makes all my results better even though the default configurations have dropout (taken from the Keras examples). For example, I am attaching my results for one of the models trained on the IRIS dataset. The configuration without dropout has clearly the best performance. 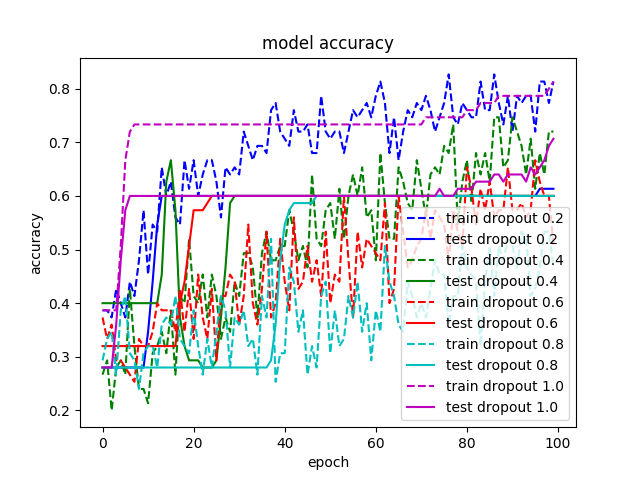 The code for the IRIS example is here.

Dropout is a regularization technique, and is most effective at preventing overfitting. However, there are several places when dropout can hurt performance.

Finally, I want to mention that as far as I know, dropout is rarely used nowaways, having been supplanted by a technique known as batch normalization. Of course, that's not to say dropout isn't a valid and effective tool to try out.

Not the answer you're looking for? Browse other questions tagged dropout or ask your own question.

4
Cannot overfit on the IRIS dataset