Find the probability of a shaft going through a hole. Size distributions of shaft and hole are known

$r_1$ refers to the size of a shaft, and $r_2$ refers to a size of a hole, and their probability distributions are known. Failure is defined as when $r_1$ < $r_2$, i.e., when the shaft goes through the hole. The sizes of the shaft and that of the hole can be assumed to be normally distributed. 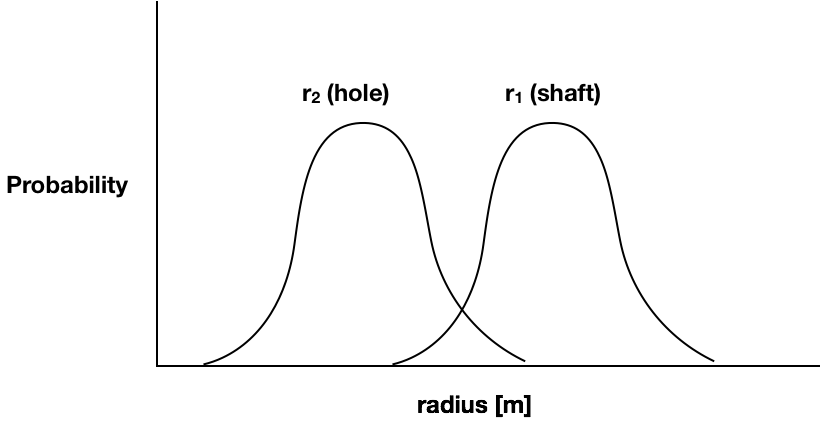 I came across two ways, but not sure which one is correct:

Also, is there any other way to calculate the failure probability?

Browse other questions tagged self-study joint-distribution or ask your own question.