I am learning about Kalman filters in Udacity's Self-driving Car Nanodegree. In one of the lectures on Unscented Kalman Filters (UKF) the state update equation is confusing me. The Filter in question is being designed to track a vehicle moving in 2-D space, under the constant turn-rate and velocity(CTRV) assumption.

The state of the vehicle is described by a mean state vector $$x_k = \begin{bmatrix} p_x \\ p_y \\ v \\ \psi \\ \dot\psi \\ \end{bmatrix}$$ that tracks the mean values of x and y coordinates, linear speed, turn angle and the turn rate and a covariance matrix $P$ that stores the covariances of the state variables.

In the absence of any noise, the mean state prediction can be written as:

In my understanding, even when we account for the presence of acceleration noises, this equation should remain unchanged as both the noises have zero means and the effect of the covariances of noise

However,the lecture writes the equation as in the screenshot below: 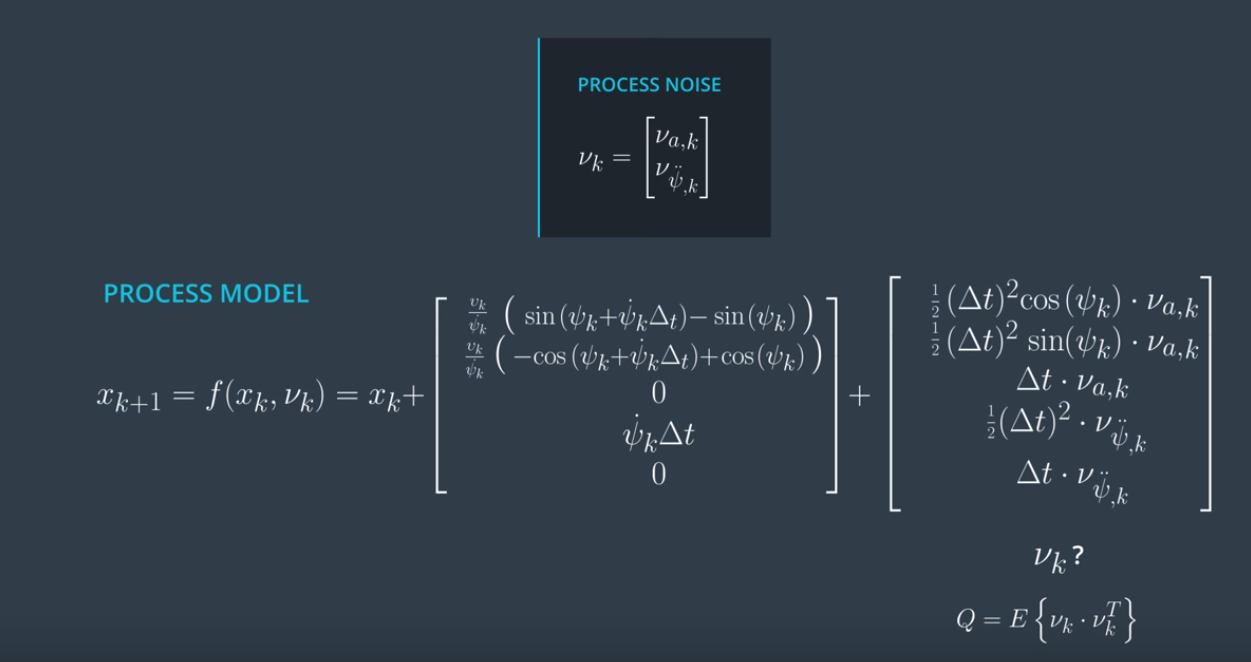 Here's the screenshot describing the nature of noise: 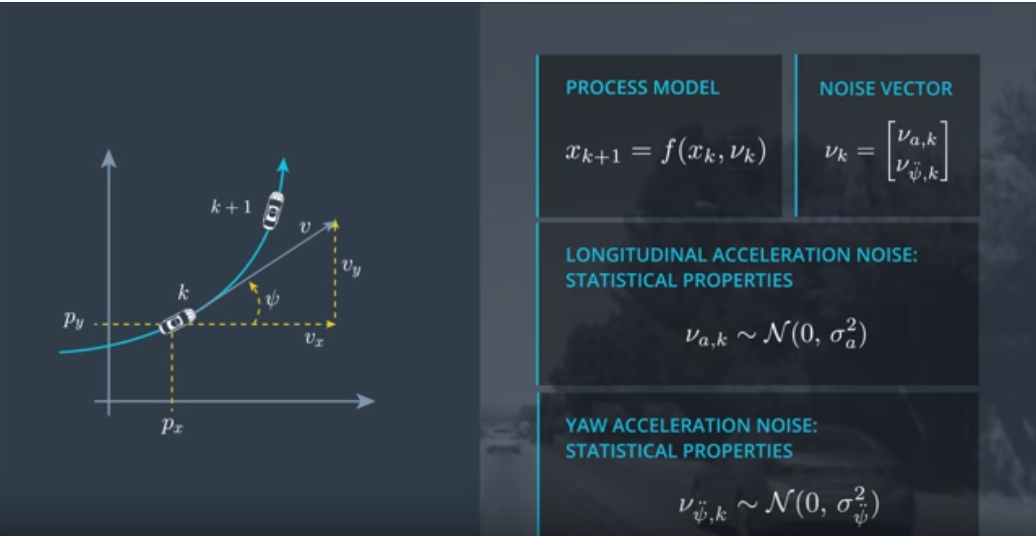 Adding noise to mean state vector doesn't make sense to me. It means that the uncertainties from acceleration noises affect the predicted mean states at the next time-step but the overall uncertainty in the value of state variables remains fixed. This seems counter-intuitive to me.

Shouldn't the mean position be predicted based on kinematics and any uncertainties be added to the covariance matrix P?

Browse other questions tagged kalman-filter or ask your own question.