Why K-fold cross validation estimate for MSE of a polynomial regression decreases monotonically as the polynomial degree increases?

Based on the book "An Introduction to Statistical Learning" I learned that the CV estimate for test MSE has an typical U shape: an increasing degree in the polynomial fits the data better initially but after some point it starts to overfit the training data, which increases the estimated test MSE and gives the U shape.

In my case, the 10-fold CV test MSE estimate is monotonically decreasing: 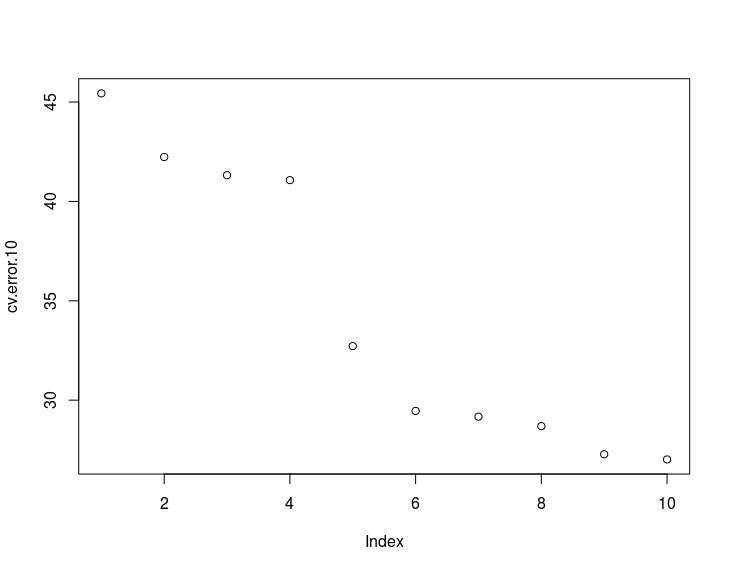 I am modeling transit speed across a border and I have data from several months. A scatter plot of speed vs time of the day is like this: 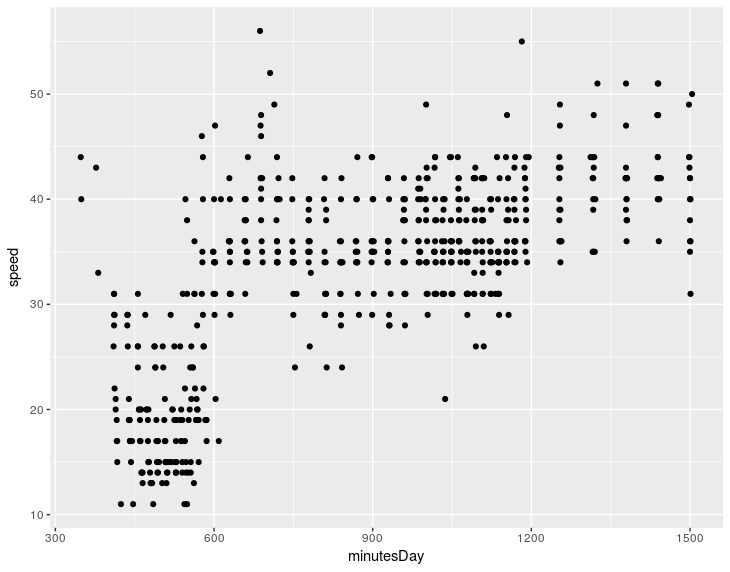 where minutesDay is the number of minutes since midnight. One can see that there is a jam between 7am and 10am.

Why does the test MSE estimate decreases monotonically?

Is it because the dataset contains an important fraction of almost-duplicated observations (everyday the observations follow the same pattern), so there are high chances of getting a test partition that is very similar to the training partitions?

Having said that, as you increase the number of parameters, the variance of parameter estimates start to increase. But again in your scenario, as you add higher degree terms they are not causing big problems because these higher terms usually end up having small coefficients, effectively acting like lower degree polynomials.

If you enlarge the above graph to include more degrees you will eventually see a deterioration in performance albeit slowly.

Also take into consideration the suggestion in the other answer by adding some predictive variables such as day of week, holiday flags, value in the previous week but on the same day of week (i.e. if today is friday, what happened last friday), etc. This way you may end up having better prediction with fewer number of explanatory variables instead of increasing polynomial degree to high values. The model will be more stable and predictive for future.

Not the answer you're looking for? Browse other questions tagged cross-validation polynomial mse or ask your own question.