I am analyzing a point pattern using G (nearest neighbor cumulative distribution) function, followed up by the envelope tests and in the same time using Nearest Neighbor Index test (Clark Evans test ). For this purpose I use spatstat, guided by "Spatial Point Patterns: Methodology and Applications with R" by Baddeley, Rubak and Turner.

Another question: could Clark Evans test be used to test not only CSR, but other H0?

Here is an example of the spatial pattern 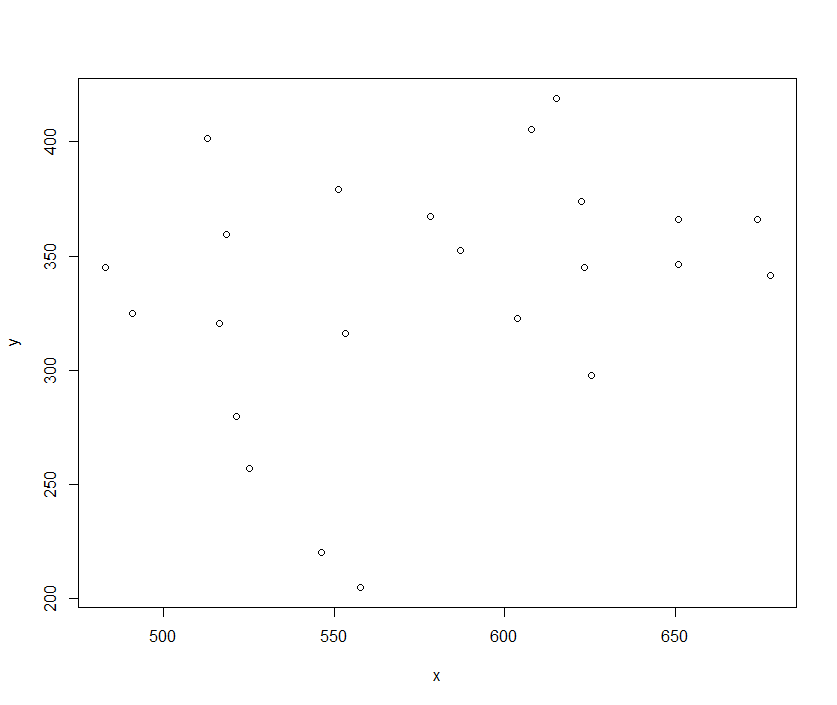 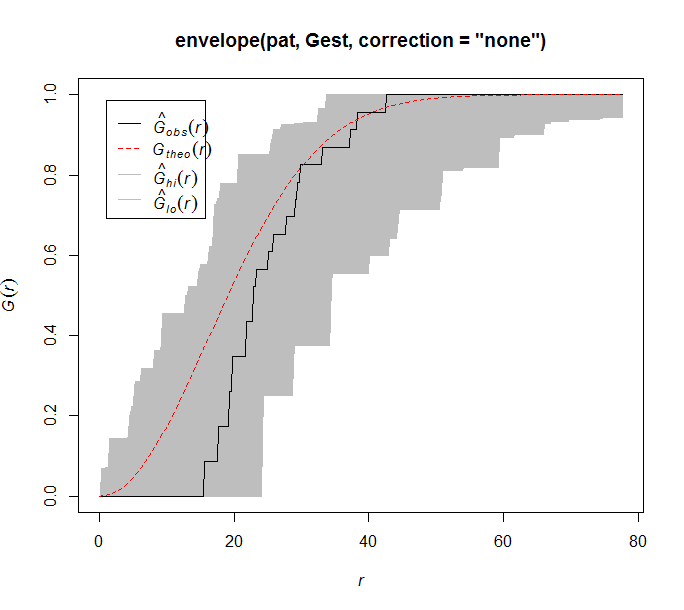 My guess would be that, because the minimum distance between points is ~ 17 units, the average nearest-neighbor distance for the observed pattern may differ from that under CSR (as the pattern depicted above seems to resemble a hard core point process...or something with replusion at short distances). When you add in positive bias associated with edge effects, it may not be all that surprising that you got a significant result from the Clark-Evans test, but not the G-function.

A couple other things to consider:

1) The G-function is cumulative, so the effect of repulsion at shorter distances starts to diminish with increasing distance.

2) Your number of sample points is somewhat small relative to the size of the sampling area, so you may not have high power to detect a departure from CSR via the G-function (note that the significance envelope is somewhat large and jagged).

The Clark-Evans test is specific to nearest-neighbor distances, but other indices do exist (as noted above). However, these sorts of tests were developed when it was more difficult to map (and analyze) point patterns and they are now considered to be somewhat crude, especially since they reduce the pattern to a single index.

You might be able to get some better advice as to how to proceed if you were to provide a bit more information about your study system and the scientific hypothesis you are trying to test. For example, if you really are dealing with something like a hard core process, then a test such as Clark-Evans might be flawed (since CSR would not be a sensible null).

Not the answer you're looking for? Browse other questions tagged hypothesis-testing spatial point-process or ask your own question.