Derivation of the formula for independent events

below are two fundamental formulas in probability theory:

Conditional Probability: $$P(A | B) = \frac{P(A \cap B)}{P(B)}$$ Independent Events: $$P(A \cap B) = P(A)P(B)$$ The derivation/explanation of the formula for conditional probability is given in Grinstead and Snell's "Introduction to Probability" book as follows: 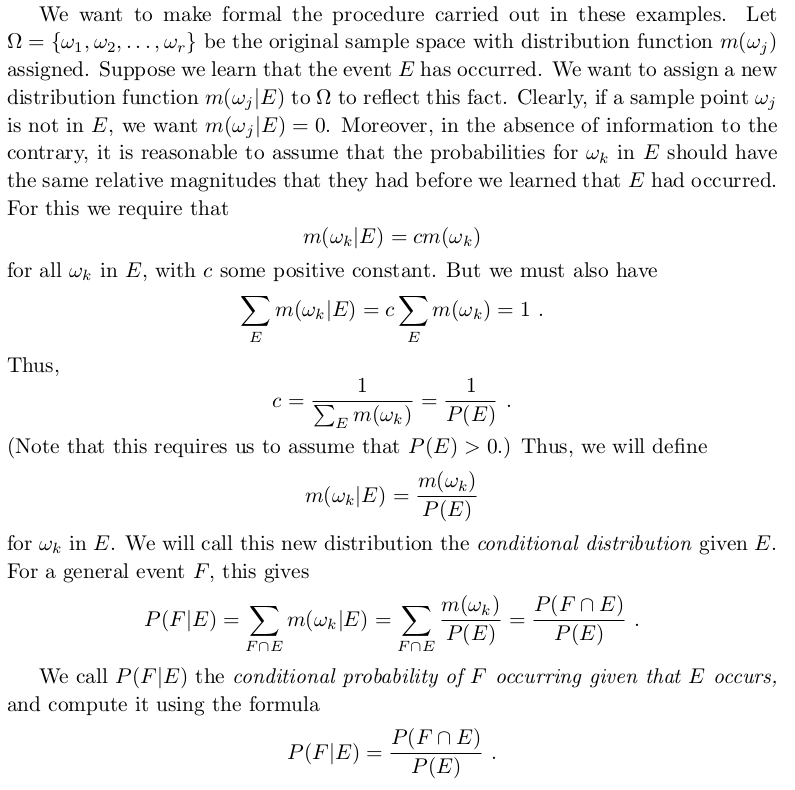 Browse other questions tagged probability or ask your own question.

7
Need intuition about independence of events
3
Can we define independence without using conditional probability?