k-fold crossvalidation: how does MSE go with k? [duplicate] 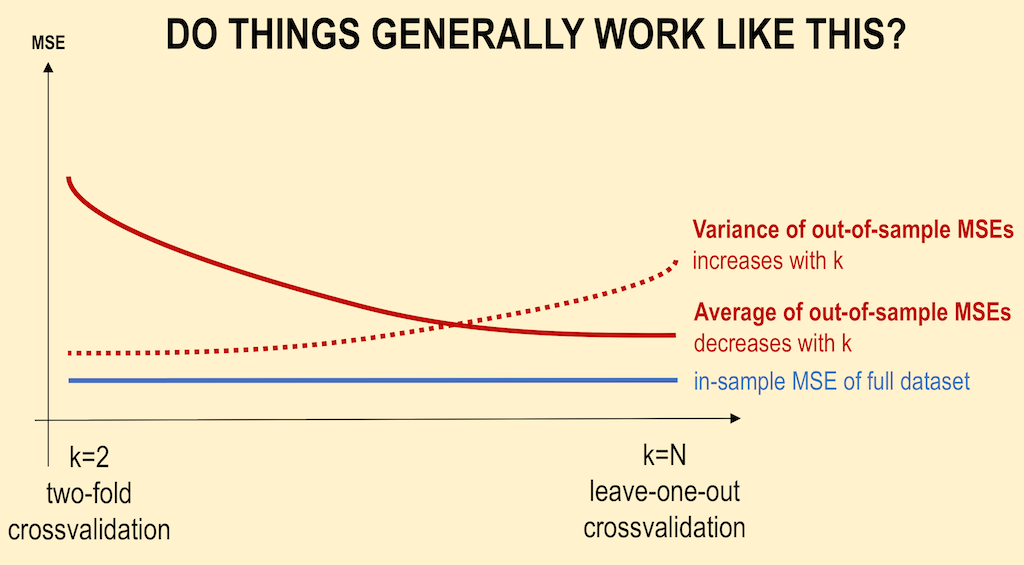 I'm trying to get an intuition about choosing the right "k" for K-Fold validation. Is the following right?

Average of the OOS MSEs should generally decrease as k increases. Because, a bigger "k" means the training sets are larger, so we have more data to fit the model (assuming we are using the "right" model).

Variance of the OOS MSEs should generally increase as k increases. A bigger "k" means having more validation sets. So we will have have more individual MSEs to average out. Since the MSEs of many small folds will be more sparse than MSEs of few large folds, variance will be higher.

I would argue that your claims, and diagram, are incorrect generalizations and can be misleading.

Bias of the CV estimator

The effect of $K$ on the bias of $CV$ depends on the shape of the learning curve:

Variance of the CV estimator

The impact of $K$ on the variance of the CV estimator is even more subtle as several different, and opposing effects come in play.

Example taken from the Yves Grandvalet and Yoshua Bengio (2004) paper