Often times, in python's scipy library's statistical tests(e.g. Fisher Exact Test), there is an option for two-tailed or single tailed. But for single-tailed it says "less" or "greater." I don't quite understand what it means when it states:

Can someone please clarify this? What do they mean by direction? If I have a one tailed distribution with the mean close to 0 and no negative values, then what exactly would "less" do and "greater" do?

Here's an example of my frequency dist. 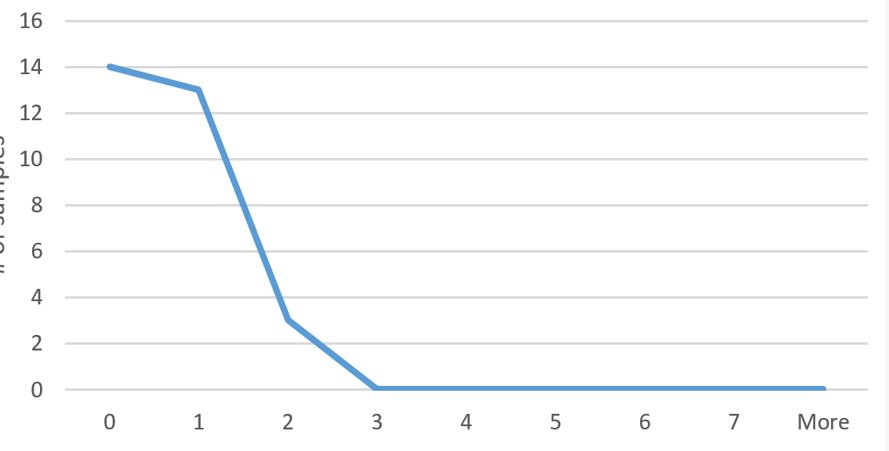 The x-axis is # of samples and y-axis is number of components of interest and each sample is an image.

Not the answer you're looking for? Browse other questions tagged distributions statistical-significance mathematical-statistics python or ask your own question.

0
Is it justified to use a one-tailed t-test if I my hypothesis is one-sided?
2
Claim the superiority of a treatment in the context of a significant difference with a two-sided test
61
Two-tailed tests… I'm just not convinced. What's the point?
0
The meaning of two sided (double tailed) p-values
0
Statistical test to determine if a variable is significantly positive or significantly negative?
7
Understanding how to find more “extreme” values when calculating p values in two sided hypothesis tests
1
Right Side T-Test - Reject Null but Sample Confidence Interval Includes Hypothetical Value