How can the xor function be formed with a single hidden layer of neural network? 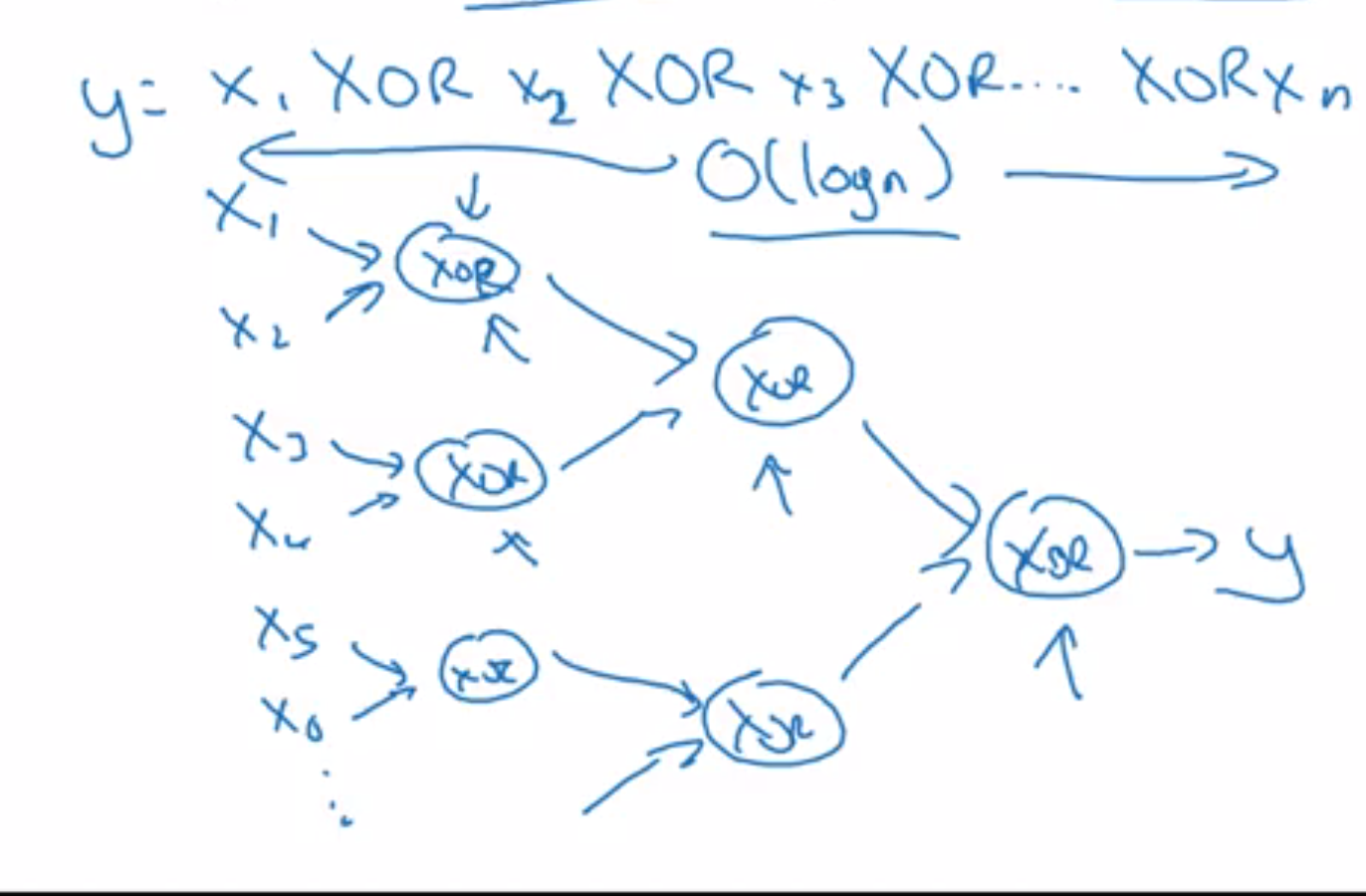 He's "hand waving" here. The logic goes like this. You have N logical inputs, which means that the truth table has N dimensions with two values each, so its volume is $2^N$. Hence, he says, you need $2^n$ neurons in the hidden layer, followed by one output. Imagine multi-class classification network such as softmax.

That's how he's saying that you need a very wide $2^N$ node hidden layer, instead of a deep one with only $N\log_2 N$ nodes. What he's not talking about is the problem of separability, i.e. why would you need $2^N$ neurons in the hidden layer.

Note during the lecture Andrew Ng said for single layer you can technically only use $2^{N-1}$ hidden units. I believe this is a mistake but I hope someone can confirm.

3
Problem with getting neural network learned to calculate XOR
1
Matrix-based implementation for an ANN with different number of nodes per hidden layer?
2
What is the difference between calculations and output of individual neurons in a layer of neural network?
1
What is single deep neural network?
3
Can this network learn the XOR function?
0
Having more feed forward layers as hidden layers in word2vec
2
is Sigmoid activation function better than Leaky Relu?