What is the difference between moderator/mediator variables and error terms/explanatory variables, respectively?

However, I'm having trouble understanding how the mediator and moderator variables are different from the variables found in a simple linear regression model.

For instance, We have a simple linear regression model:

What are the differences between error terms and moderator variables, and explanatory variables and mediator variables?

Above figure shows a moderation (also called interaction). The variable Group ($X_2$) moderates the effect of Influence ($X_1$) on Outcome ($Y$). We can write the formula (see wikipedia) for this model as

The figure below illustrates mediation: 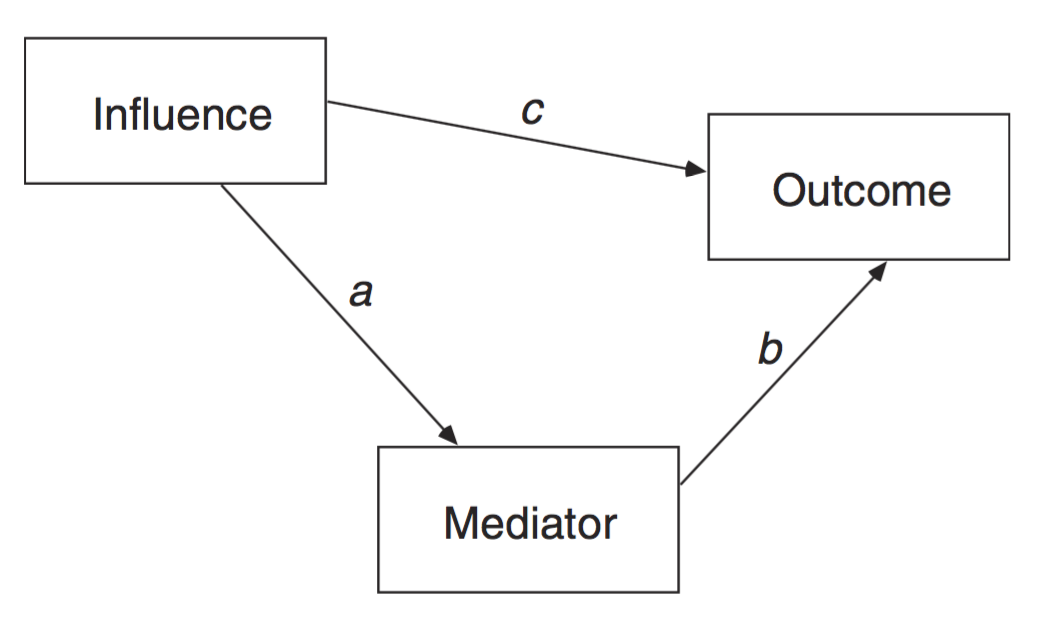 This time influence ($X_1$) has a direct effect on Outcome ($Y$), but also has an indirect effect through Mediator ($X_2$). In other words, $X_2$ mediates the effect of $X_1$ on $Y$. Again, we can find a (three-step) formula on related wikipedia page (I dropped first subscripts in the equations):

First two steps are used to check whether the independent variable ($X_1$) is a significant predictor of dependent variable ($Y$) and mediator ($X_2$). And the last step (3) is an extension of the simple regression model: a multiple regression model with two predictors. If this is a true mediation relationship, we expect that $\beta_1$ will be smaller in (3) compared to $\beta_1$ in (1).

Of course these are simple examples, but I think they are clear enough to show what a mediator and moderator variable is, and that the independent variable ($X_1$) and the error term ($\varepsilon$) are not mediators or moderators. In fact, the error term ($\varepsilon$) has a substantial meaning in our models. It is the random component. As explained succinctly in this answer, "the error is any source of variation of $Y$ not included in the model, either from excluded variables or from measurement error, as long as they comply with the distributional assumptions." Because of the error term the relationship between variables is stochastic.