Detrending or not and should I always take log first?

I have some trouble with a specific time series. The time series itself is pretty short: Only 73 observations that look like this: 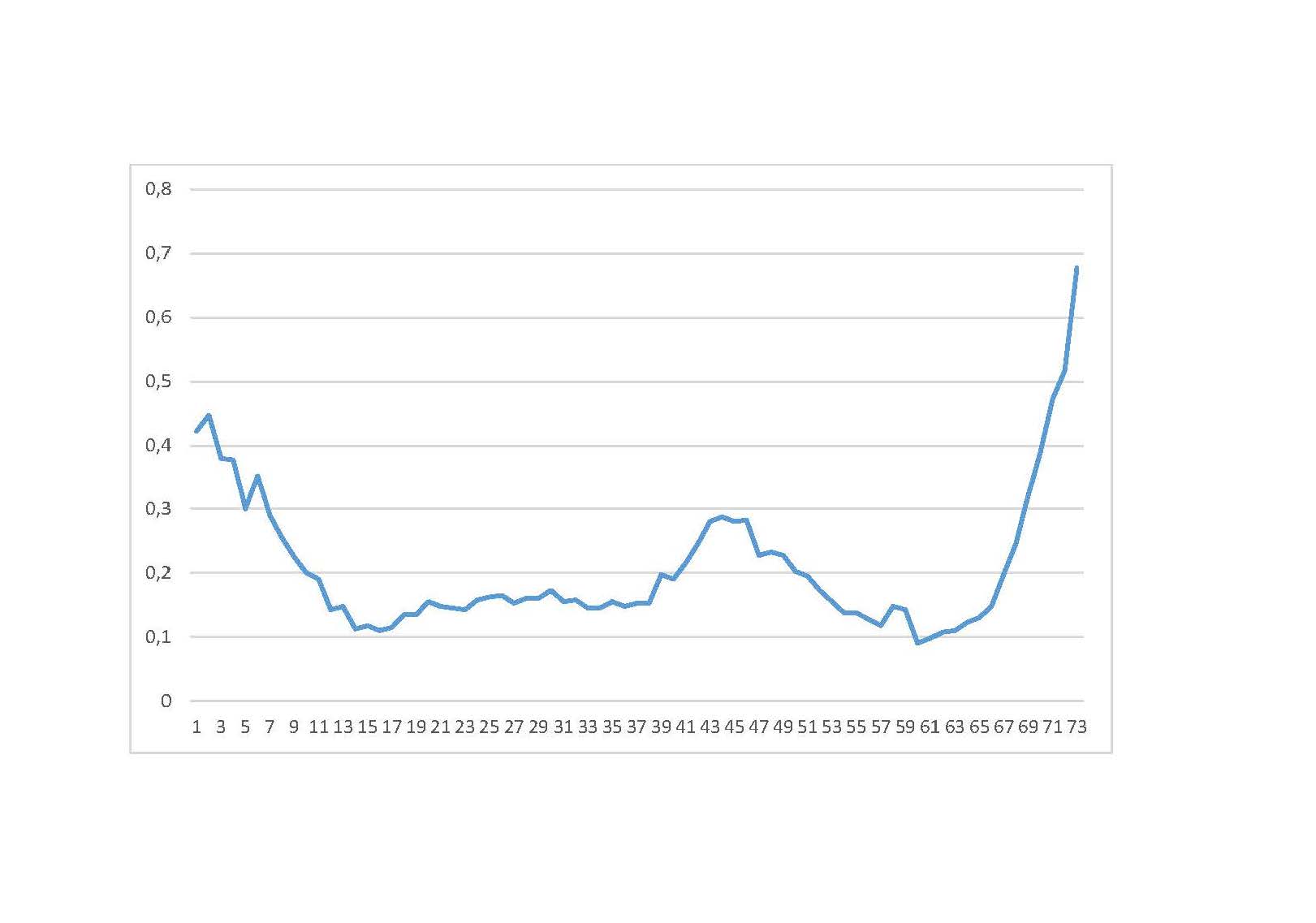 First problem: Detrend or not?

I know that unit root and deterministic trend are two different things that are hard to distinguish. But overall I would say that the time series has a trend.

Second problem: Take logarithm or not?

For many time series (e.g., GDP) one has to take the logarithm first because most detrending methods (e.g., Hodrick-Prescott Filter) are linear filters. Apart from that GDP looks pretty exponential so taking log first is probably not the worst idea. But for some time series, especially interest rates or a share of two variables (which is the case for my time series), one does not take the logarithm. But why? Detrending my time series with and without taking the natural logarithm first I get totally different results for the trend and the cyclical component.

Why would I bother?

To be honest using log first gives better results – but I don't think this is a valid basis on which to answer these questions.

See How to detect seasonality from plotted data without using tools or libraries and the link to when and why you should take logs might be of help to you. Untreated deterministic structure .. pulses/level shifts/time trends often incorrectly suggest transforms. Visually you series might have changes in trends AND/OR changes in intercepts in addition to some form of ARIMA structure . If you post your data I will try and help further.

Detrending , Power Transformations .Differencing AND ARMA are all forms of transformations. Determining the minimally sufficient (parsimonious) combination requires skillful techniques . Simple scripts i.e. hard and fast rules are to be studiously avoided as they limit the scope of the solution and often obfuscate.

I should also add there are two other forms of transformations often suggested by the data ...

The opportunity space , correctly evaluated , can often lead to a "useful model" ...ala GEPB

EDITED AFTER RECEIPT OF DATA .

Using AUTOBOX , a piece of software that I have helped to develop the following model was automatically developed. First differences with an AR(2) without lag 1 and three pulses ... two of them at the end of the series. ... using the most recent 29 values. Note that an AR(2) model does not necessarily include both lags whereas some solutions requires that to be true (auto.arima for example ) 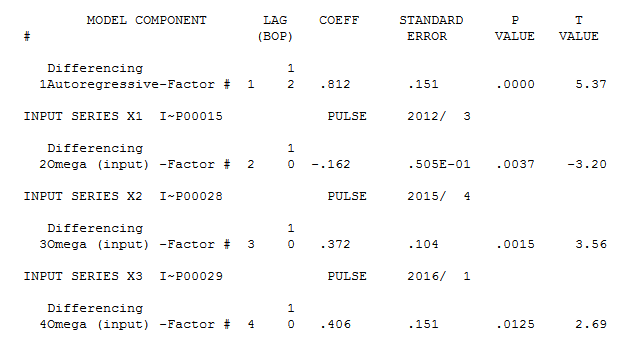 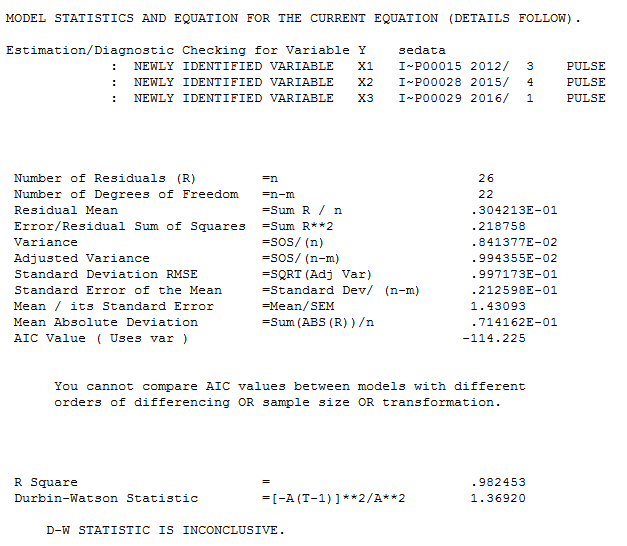 . The ACF of the residuals

The Actual and Adjusted Plot highlights the "unusual values"

. Of particular interest are the two anomalies at the tail-end of the series (information extracted from the Data) . If one were to believe these two values rather than "adjusting for them" the subsequent forecast would be higher as compared to this forecast

A possible useful model would then have no power transform , no weighted least squares BUT have differences, arma and three pulses after having segmented the data into 1-44 AND 45-73 distinct time ranges.

Not the answer you're looking for? Browse other questions tagged stationarity trend logarithm test-for-trend or ask your own question.

4
How do I read an auto-correlation plot?
0
How to detect seasonality from plotted data without using tools or libraries

4
State Space formulation of Hodrick-Prescott ﬁlter
5
raw data stationary but still can see trend and seaonality is stl
0
Confusing results on kpss.test() for stationarity
1
Detrending a time series
1
Detrending a nice series with dummys and a break
1
KPSS: Difference between level stationary and trend stationary
0
Fitting a VAR model