How to estimate a probability of an event to occur based on its count?

The number of observations (acts of generation) is significantly smaller than the total number of possible symbols. As a consequence the most of the symbols have never been observed / generated in our experiment. A large number of observed symbols were observed only once.

The simplest and straightforward way to estimate the probabilities of each symbol to appear is to use this formula: $p_i = n_i/\sum_j n_j$, where $n_i$ are counts of the symbol $i$.

Is there a better way to estimate the probabilities $p_i$?

Your estimate is the maximum likelihood of the binomial (/multinomial) distribution. You may be interested to also calculate confidence intervals (otherwise I suggest that you do get interested in this).

In the case of the binomial distribution (which I believe you could use to simplify your case with a multinomial distribution), there are many ways to estimate these intervals, but the estimates do often not work well for low rates (due to the normal approximation you get negative values, or zero size intevrals).

One interval that works well and is easy to understand is the Clopper-Pearson interval, which sets the limits $p_{upper}$ and $p_{lower}$, given an observation $k$ in $n$ trials, such that, for confidence $\alpha$, the CFD at value k is $\alpha/2$ for the binomial distribution $B(n,p_{upper})$ and $1-\alpha/2$ for the binomial distribution $B(n,p_{lower})$.

I reproduce the figure 3 from the referenced article by Clopper and Pearson for your case of 100 trials and a confidence interval of 95%, as well as a comparison with 1000 trials. 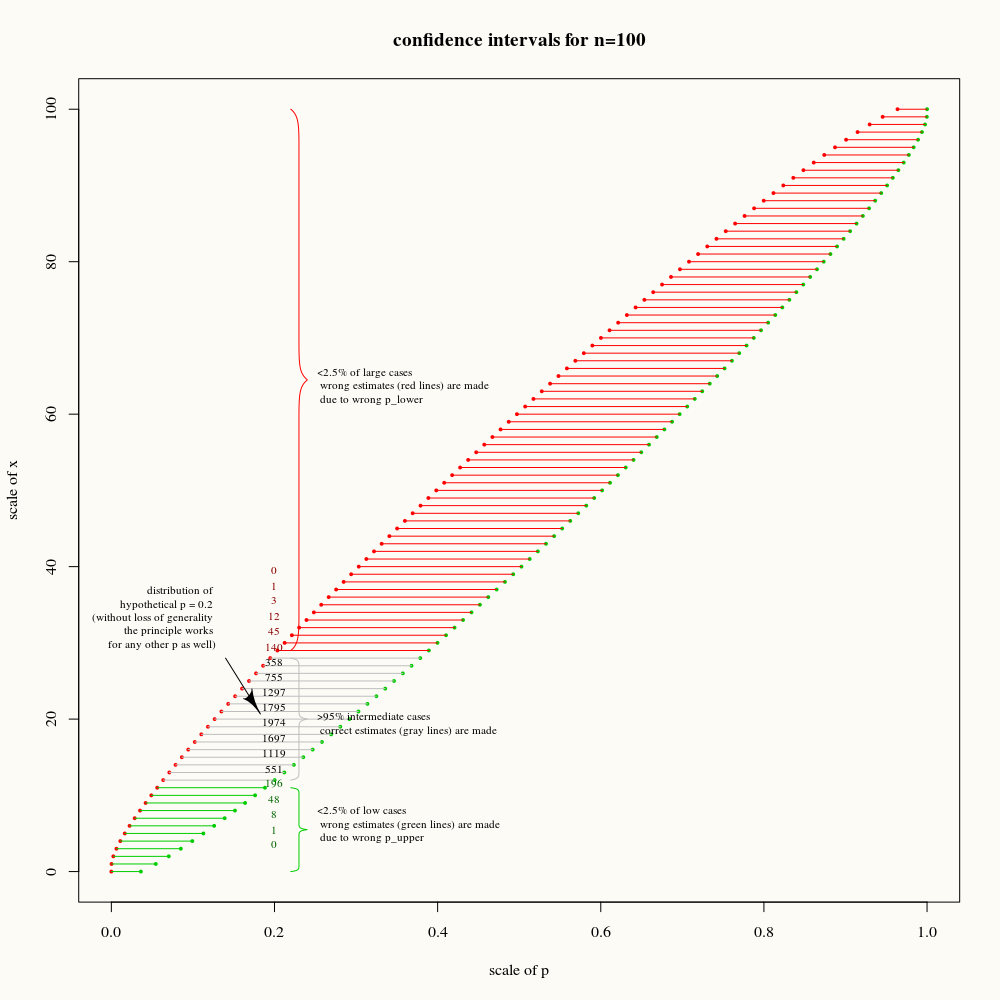 A comparison between n=100 and n=1000, since your problem has very bad limits. 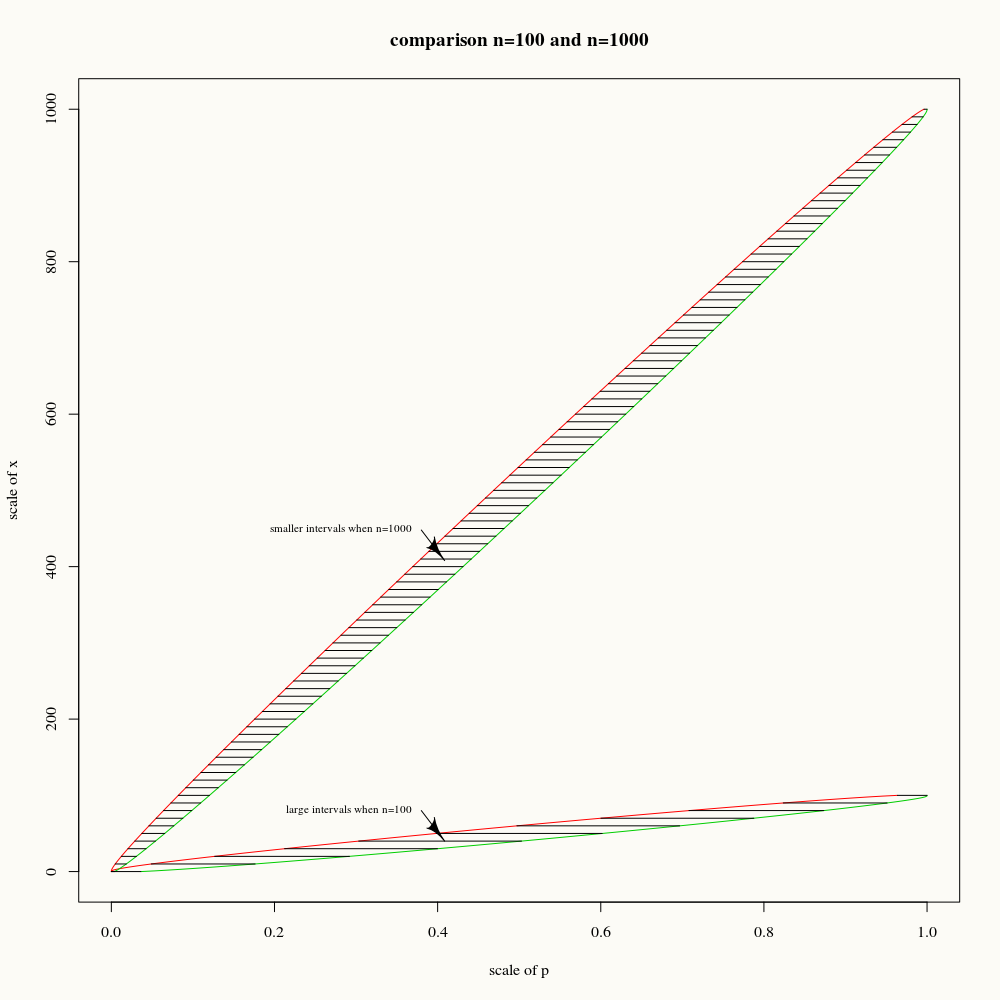 The above explanation is nice and all, and you could expand it a bit by using different confidence interval estimators or using improvements with prior probabilities.

This sounds like a good case for using a Bayes approach. For this to work well, you need some prior information. A convenient prior to use is a dirichlet. From the perspective of estimation, this amounts to adding "pseudo observations" to the observed counts. A simple way is to add $\frac {1}{C} $ counts to each category ($C $ is # categories), giving $p_i=\frac {n_i+C^{-1}}{1+\sum_jn_j}$. This is adding 1 data point worth of information, so wouldn't be dragging your estimate too far away from the observed data. It has the advantage of giving a non-zero estimate for each category, unlike the mle.

If an even distribution is more what you expect, then you should increase the pseudo observation count. This means you have $p_i=\frac {n_i+C^{-1}m}{m+\sum_jn_j}$ where $m $ is the weight applied to the even distribution. $m=C$ is the "uniform" prior (also rule of succession), and $m=\frac {C}{2} $ is the jeffreys prior. These are standard non-informative priors, but they have problems in large dimensions.

A better approach would be to add some hierarchy and structure to your model. All you have at present is a multinomial random variable with a large number of categories. You will need to think about the context of your problem more to decide which categories are similar in terms of how the symbols are generated.

The distribution corresponding the generating act or trial is the multinomial distribution.

It has fairly nice properties, and it is unbiased in this case, so one can call it "the best".

Not the answer you're looking for? Browse other questions tagged probability count-data frequency frequentist or ask your own question.

14
In using the cbind() function in R for a logistic regression on a $2 \times 2$ table, what is the explicit functional form of the regression equation?
2
Confidence Intervals: how to formally deal with $P(L(\textbf{X}) \leq \theta, U(\textbf{X})\geq\theta) = 1-\alpha$

2
How to estimate the likelihood function for random generator of three events?
9
Can I estimate the frequency of an event based on random samplings of its occurrence?
1
Count Panel Data Event Study
5
Bayesian model for estimation of a total by imperfect counts
1
How much similarity between observations and an event is needed in order to count them for calculating the probability of event happening?