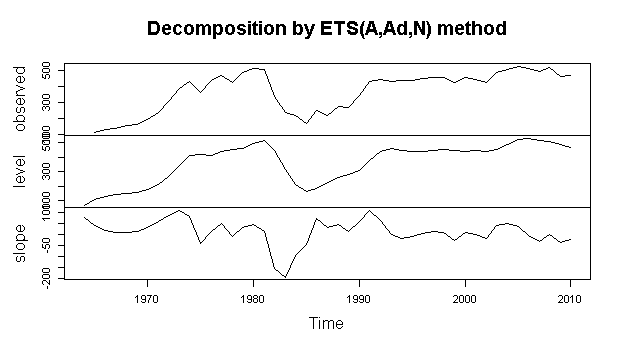 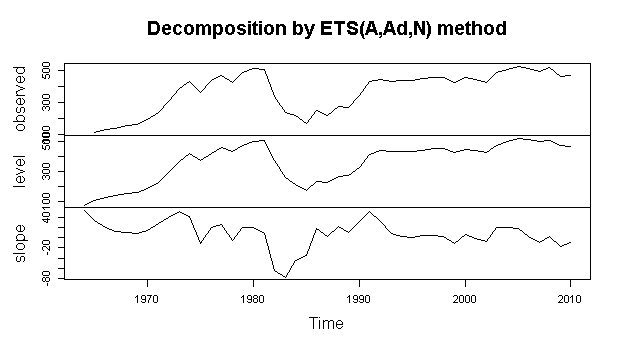 I was testing various combinations of coefficients to try to identify a behavior in the components, but I could not come to some conclusion yet. I know that assigning larger values to the parameters means assigning more weight to the more recent observations, but it seems to me that at some point some distortion of the components may occur.

You are right that increasing a smoothing parameter will give a higher weight to more recent observations. Here is an alternative way of putting this: with a higher weight, the corresponding (level or season) component will change more quickly. It will be more volatile. You can see this most easily in single exponential smoothing, using the weighted average form:

For the trend ("slope") component, the bottom plot again looks a little more volatile, but here it's less obvious. I would still assume that $\beta_2>\beta_1$.