Regression with a skewed dependent variable

I have a dependent variable ($Y$) whose distribution is as shown below. In particular, the variable exhibits positive skewness, has a few negative values and many positive values (generally less than one), and peaks near zero. The distribution after log transformation ($\ln(1+Y)$) is very similar too. 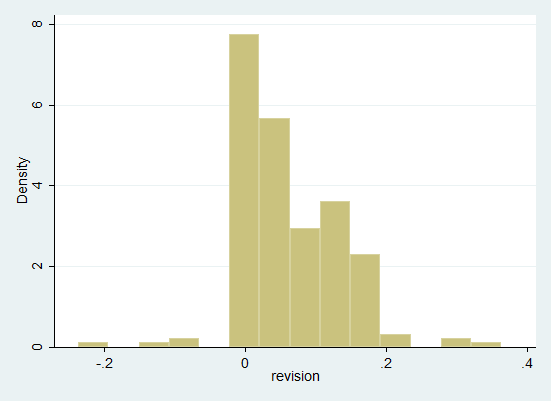 Would OLS models be a good choice in this case, or are there any alternatives that would better fit the nature of the dependent variable?

Have you considered a Skewed Normal Distribution?

I believe that using this distribution you'll be able to account for the skewness of your variable, but keeping the parametric space of a Normal Distribution, which seems adequate here.

Not the answer you're looking for? Browse other questions tagged regression least-squares skewness or ask your own question.

1
Whitening transformation for skewness?
2
How to analyze this positively skewed data?
0
Linear Regression Transformation of Dependent Variable by Natural Log and a Constant
16
Skewness of the logarithm of a gamma random variable
5
In linear regression, data is highly skewed, transformation doesn't work..!