What is a reasonable alternative when the mean does not exist?

Consider a continuous random variable $F''$ following a doubly noncentral $F$ distribution with $8$ and $2$ degrees of freedom, and noncentrality parameters $0$ and $10$; which is to say:

[Actually, $F''$ can be also seen as the reciprocal of $F'$ following a (singly) noncentral $F$ distribution with $2$ and $8$ degrees of freedom and noncentrality parameter $10$.] 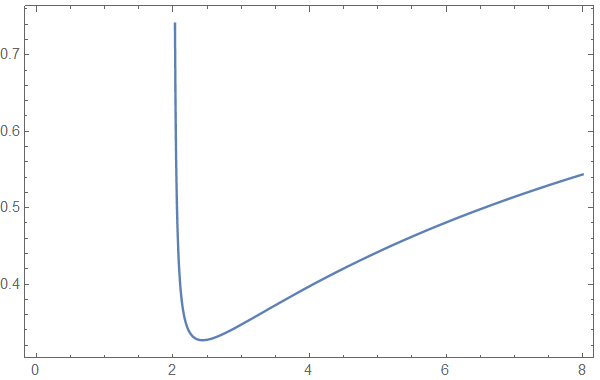 Actually, if we plot not the mean itself (which is not defined for $\nu_2 \le 2$) but any of the available analytical expressions for it or, equivalently, for the first raw moment of $F_{8,\nu_2}(0,10)$, the picture is even clearer: 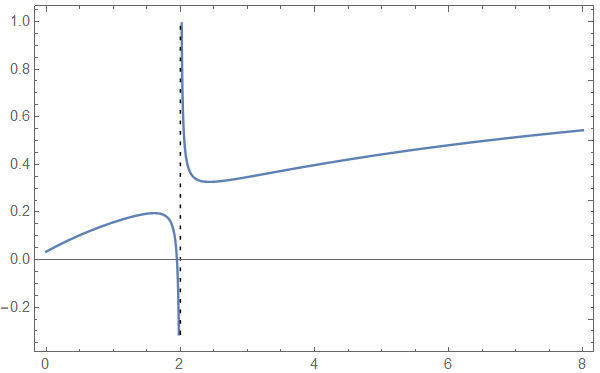 However, when performing simulations on the mean of $F''$, things seem —I am not sure— to converge to a reasonable value between $0.2$ and $0.4$: 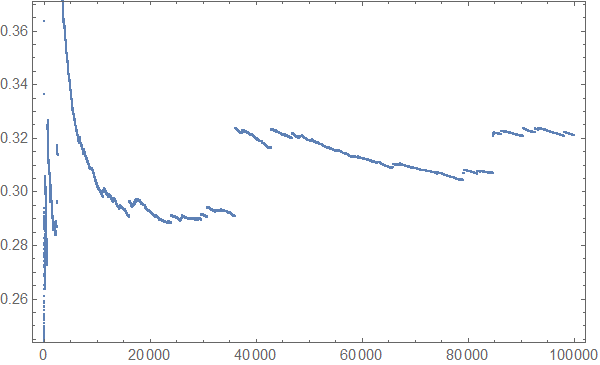 Although the theoretical mean of the distribution does not exist, is there a way to give a suitable substitute for it (let us call it pseudomean, for instance)? Clearly, I am not asking for the median, since the distribution is not symmetrical.

For instance, is there a way to calculate a theoretical value for the limit of these sample averages when the sample size tends to infinity (in case such a limit exists)? 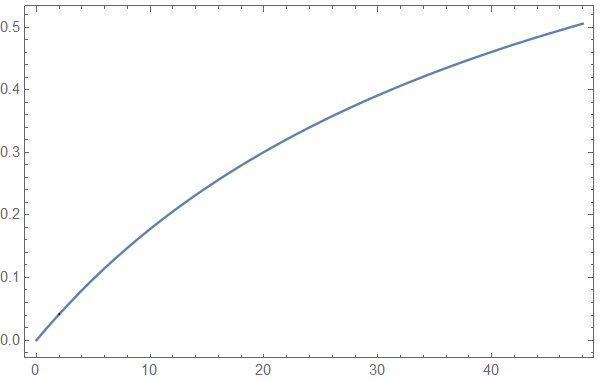 Despite that, in the above image, there seems not to be any discontinuity, it is there (zoom in): 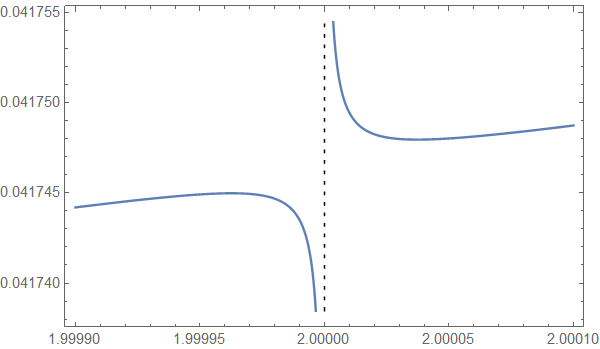 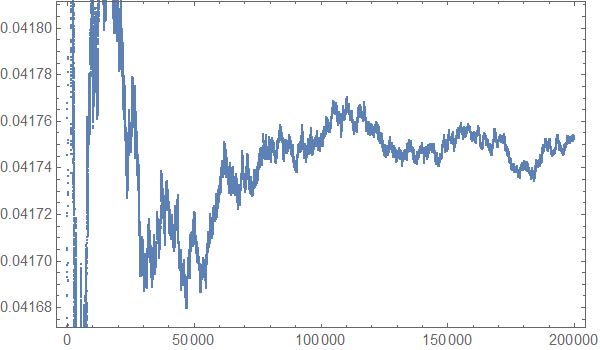 So, any suggestions?? My theoretical background tells me that it makes no sense trying to estimate what it does not exist, but simulations and charts suggest that there may be a reasonable theoretical substitute for the unavailable mean.

NOTE: The value should be theoretical in the sense that it should not depend on any sampling process, but only on the parameters of the distribution.

Actually, some related questions are:

What am I going to use this pseudomean for? I am going to use it as a reference value to calculate a sort of probability intervals (something like $[ \mathrm{mean}-\mathrm{something} \, , \, \mathrm{mean}+\mathrm{something_{~}else}]$). Taking the mean as the reference point for building that interval is a convention that I would like to keep for analogy with other related cases in which the true mean does exist.

2
How to estimate the likelihood function for random generator of three events?
4
Why is the noncentral chi-squared approximate of the deviance bad?
2
Distribution of Sum Square Total — Is there an error in my textbook?
1
Inverse of a (singly) non-central F variable
5
Expected value of $X^{-1}$, $X$ being a noncentral $\chi^2$. Cannot understand a step of a equation in a paper